The Fed Will Not Hit Its Own Quantitative Tightening Schedule The Fed will hit its QT schedule for Treasuries. But it will not come close to its target for mortgages… 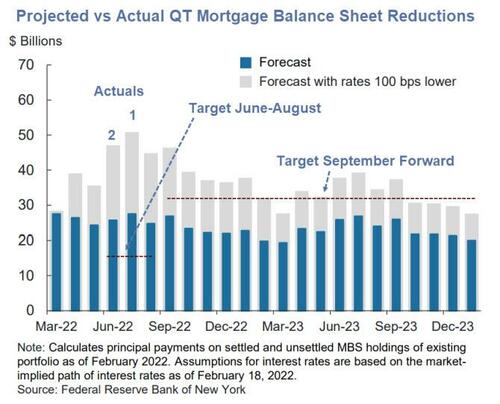 On March 2, a New York Fed Study projected MBS principle payments based on its assessment of market rates. The above chart is from that study.

On May 4, the Fed announced a Statement Regarding Plans for Reducing SOMA Holdings of Treasury Securities, Agency Debt, and Agency Mortgage-Backed Securities. The following chart shows the expected QT.

The Fed can easily hit its Treasury targets. It has a massive balance sheet of every duration for runoffs to work without actively selling anything.

MBS is another matter and the results speak for themselves. 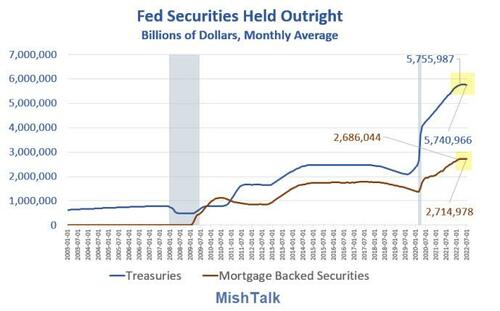 The yellow highlights and numbers show March average vs the July average. Let’s hone in on the changes. 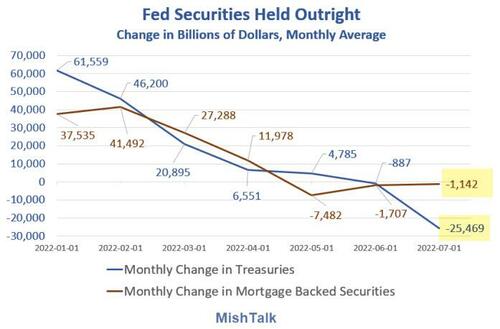 Numerous people have claimed the Fed is missing its Treasury QT targets. The Fed is actually doing fine on that score because there are known settlement lags.

MBS is a disaster as I predicted from the outset. To understand the Fed’s dilemma, consider the Fed’s balance sheet by duration. 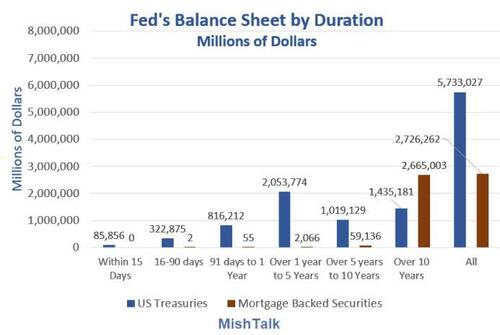 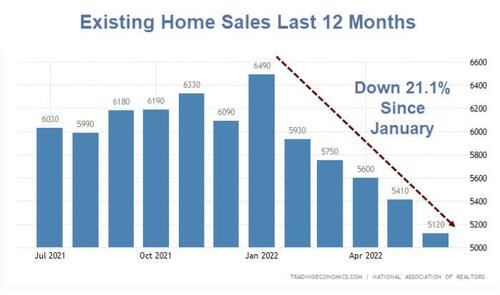 It would seem the Fed should have done a little bit better than $1.7 billion and $1.1 billion in the last two months, but that was it.

Even if there are delays in closing data, the Fed’s own projections show it will not hit its announced targets.

I suggest the Fed dramatically overestimated existing home sales and it will not come close to its MBS QT schedule unless it changes its policy and resorts to outright sales instead of runoffs.

But outright sales of MBS will put upward pressure on mortgage rates when housing is already collapsing.

“A soft landing is being refuted every day by one company after another announcing layoffs. That they overhired. They’re not seeing adequate demand… I think a soft landing is kind of fantastical at this point. “#Fedhttps://t.co/m43hmxqgTz

Recession Started in May

However, a recession  did not start in Q1. I peg the start month as May. See the above link for details.