Link to These ETFs as LinkedIn Earnings Plays 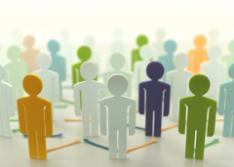 More importantly, LinkedIn boosted its full-year revenue guidance to $939 million to $944 million from $915 million to $925 million. The bullish outlook had the stock trading over $115 in Thursday’s after-hours session, within spitting distance of its all-time high at $125.50.

While LinkedIn can be considered a social media stock, and a far successful one to this point than Facebook (NASDAQ: FB), the latter is more discussed in reference to ETFs than the former.

Facebook is starting to appear in more ETFs, but LinkedIn is only a prominent of two, maybe three funds. One of which is the First Trust Dow Jones Internet Index Fund (NYSE: FDN). With $486.5 million in assets under management, FDN is the largest ETF by assets to offer decent exposure to Facebook and LinkedIn.

With a weight of 2.77 percent, LinkedIn is FDN’s thirteenth-largest holding, ranking just behind Netflix (NASDAQ: NFLX) and just ahead of Expedia (NASDAQ: EXPE).

One ETF with a larger allocation to LinkedIn is the overlooked SPDR Morgan Stanley Technology ETF (NYSE: MTK). MTK is over 12-years-old and has more than $157 million in AUM, but hardly anyone talks about this ETF. Odd considering it is up 11 percent this year. Since MTK debuted in 2000, it has outperformed the far larger Technology Select Sector SPDR (NYSE: XLK) by about 500 basis points.

LinkedIn is MTK’s second-largest holding behind only Seagate Technology (NASDAQ: STX). To put LinkedIn’s importance to MTK into perspective, as of Wednesday, the stock received a higher allocation in this ETF than Amazon (NASDAQ: AMZN), Apple (NASDAQ: AAPL) and eBay (NASDAQ: EBAY), just to name a few.

The ETF where Linked really gets some attention is also the first ETF to have made room for Facebook, the Global X Social Media Index ETF (NYSE: SOCL). LinkedIn is SOCL’s largest holding with a weight of nearly 12 percent, meaning the stock accounts for nearly double the weight in SOCL than Facebook does.

And it has been LinkedIn, not Facebook that has been setting the pace of SOCL in recent months. Over the past 90 days, the stock is 11.7 percent while SOCL is up 5.7 percent. Facebook is up just 1.6 percent over the same time.

For more on social media stocks and ETFs, click here.