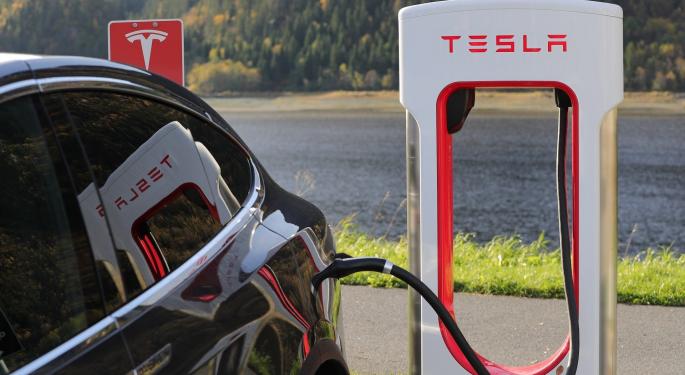 Tesla Inc (NASDAQ: TSLA) shares gained 13.5% on Friday morning after the company reported first-quarter vehicle delivery numbers that weren’t as bad as many investors had feared.

Tesla delivered 88,400 vehicles in the first quarter of 2020, up 40.3% from a year ago and well ahead of consensus analyst estimates of 79,900. Prior to COVID-19 related shutdowns, analysts had been anticipating 95,528 deliveries.

Following its last earnings call, Tesla management said it would “comfortably exceed” 500,000 vehicle deliveries in 2020, an average quarterly rate of 125,000 vehicles. To hit that mark, Tesla will now need to average 137,200 deliveries over the next three quarters.

Analysts had mixed opinions of Tesla shares following the latest delivery numbers. Here’s a sampling of what they had to say.

“In light of the stock’s YTD outperformance and with the Fremont factory having been idle since March 23 (and the number of Covid-19 cases in the Bay area continuing to escalate), we remain cautious on the shares and the company’s near-term earnings outlook,” Nelson wrote.

“We would note that, as production outstripped deliveries in 1Q:20 for the first time in several quarters, this could translate into a cash headwind for TSLA in the quarter, in addition to costs associated with the production shutdown, although we expect TSLA’s recent capital raise ($2.3bn equity) is more than enough to cushion the blow for now,” Murphy wrote.

Wedbush analyst Daniel Ives said the first-quarter numbers were a moral victory for a company facing a bleak near-term outlook.

“With the second half of March seeing a screeching halt in demand across the globe given the current pandemic, the big question for investors going forward is around the demand trajectory for 2Q/rest of the year and cash burn as this uncertain consumer environment plays out in the field,” Ives wrote.

“It is very difficult to predict how Tesla will fare during Q2 (due to COVID-19), and we prefer to err on the side of caution,” Potter wrote.

Tesla’s stock traded at $491 per share at time of publication.