Top 10 largest oil producers and consumers in the world 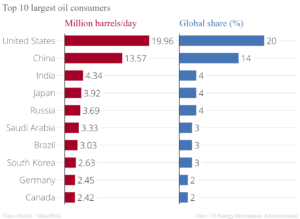 Oil prices have been on a wild ride this year. Almost all experts predict global oil consumption will decline in 2020 due to the COVID-19 pandemic. The stay-at-home orders and physical distancing measures have forced hundreds of millions of people to avoid unnecessary commute and travel. The pandemic effect coupled with the Russia-Saudi Arabia price war has made many people curious about which countries produce and consume the most oil. Here we take a look at the top 10 largest oil producers and consumers in the world.

According to the BP Statistical Review of World Energy 2020 report, global oil consumption in 2019 was 98.3 million barrels per day, up 1MBD from 2018. China, India, and Indonesia were the biggest drivers of growth in oil consumption last year.

The ranking is based on data from the US Energy Information Administration for the year 2019. The EIA’s oil production and consumption data includes crude oil, petroleum liquids, and biofuels. 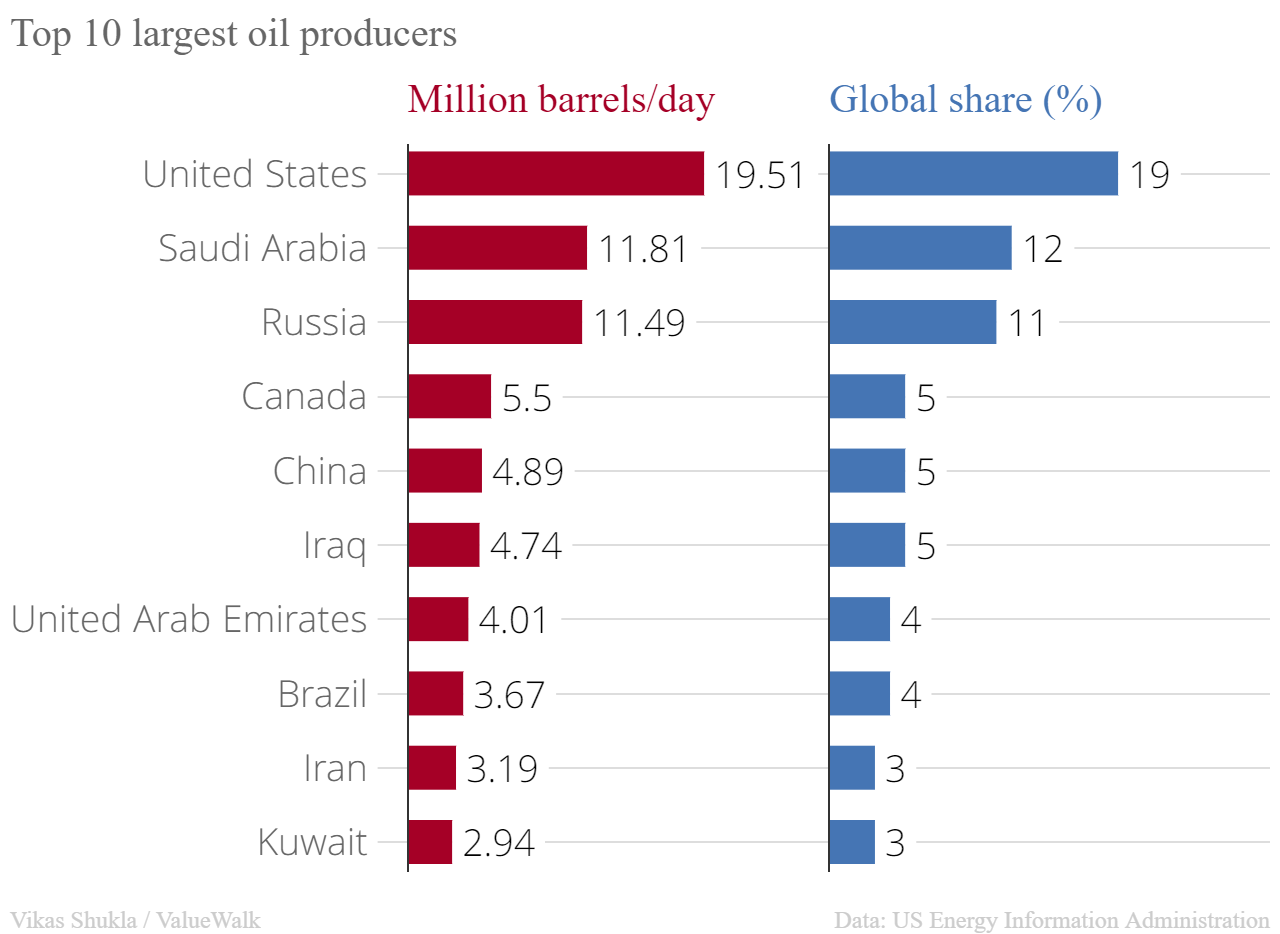 The United States will remain the global leader in oil production, forecasts the International Energy Agency. However, the US production in 2020 is projected to fall 470,000 barrels per day due to the coronavirus pandemic.

Saudi Arabia is the distant second at 11.81 million barrels per day. It is closely followed by Russia, which produced 11.49 million barrels per day in 2019. Russia has been increasing its oil production steadily over the years, much to the annoyance of OPEC countries. It was Russia’s decision not to cut oil production that led to a steep fall in oil prices earlier this year.

The top three largest oil producers – the US, Saudi Arabia, and Russia – together account for 42% of the global output. 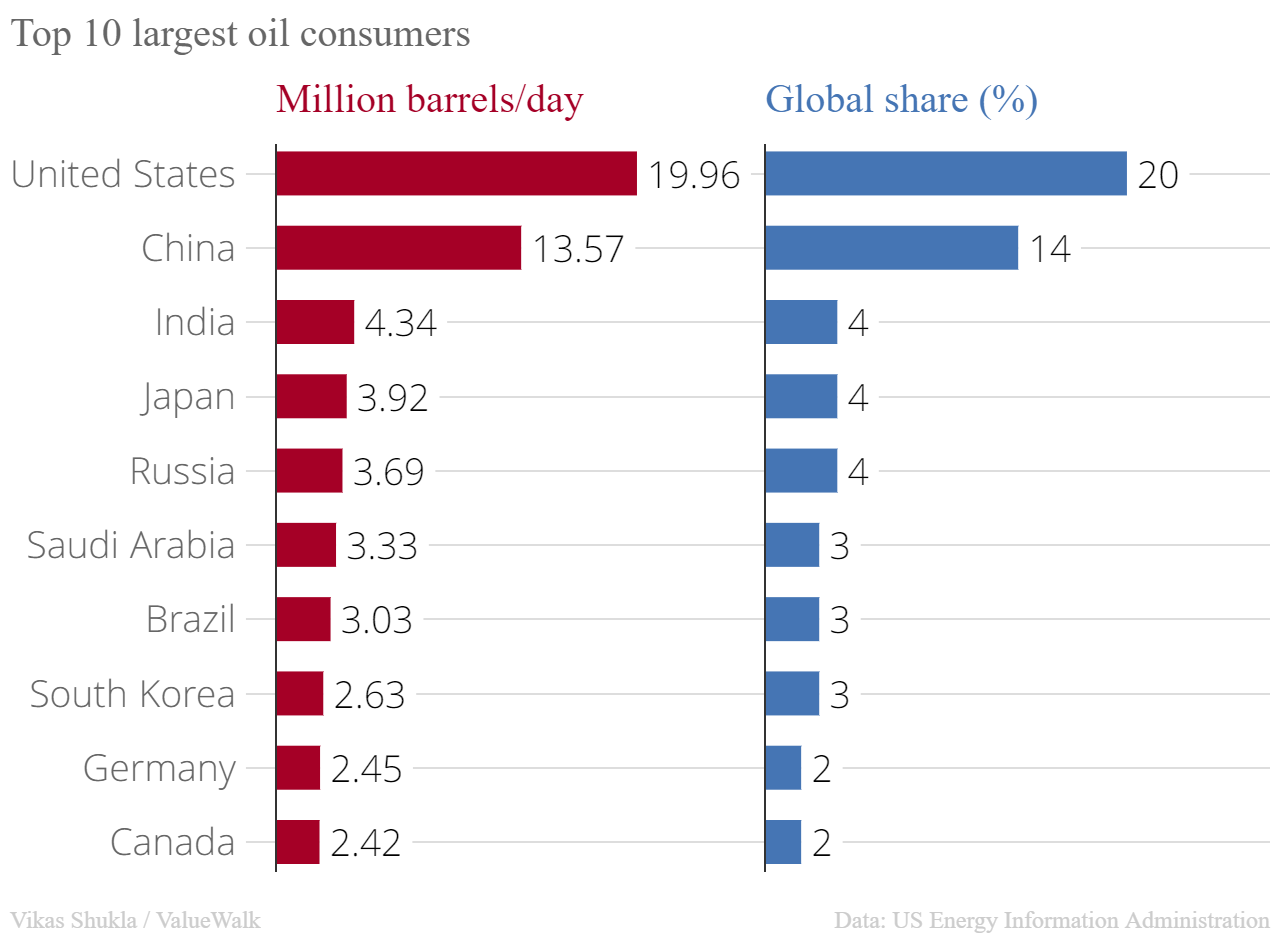 The United States consumes a little more oil than it produces. According to the US Energy Information Administration (EIA), the US consumed 19.96 million barrels of oil per day in 2019. It accounts for 20% of the world’s consumption, even though the US has only 4.25% of the world’s population.

India occupies the third spot with 4.34 million barrels per day. The country is heavily dependent on imports from the Middle-East to meet its oil demands. Japan is another country that relies almost entirely on oil imports. Russia is the fifth largest oil consumer. It exports oil and natural gas to European countries. The top 10 largest oil consumers account for 60% of global consumption.

The post Top 10 largest oil producers and consumers in the world appeared first on ValueWalk.