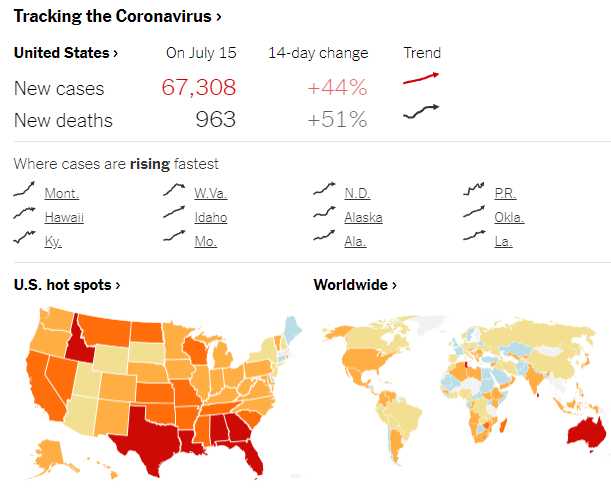 The stock market sure doesn't but the US, on the whole, just reported it's second-highest jump in infections and governors and mayors were scrambling to issue new mask orders and limit the size of gatherings.  Several large school districts also said they would open the academic year with online classes, bucking pressure from President Trump and his administration to get students back into classrooms as quickly as possible.

The new restrictions reflect a painful reality that America’s outbreak, which has increased in 41 states over the past two weeks, may worsen in the coming weeks and months.  Wednesday’s tally of more than 67,300 new infections was about 1,000 cases shy of the record set late last week, according to a New York Times database, as the country’s total number of cases passed 3.5 Million.  Meanwhile, 963 more of Trump's "Virus Soldiers" died yesterday in their brave struggle to keep the economy open for the President's Re-Election – no matter how many lives it costs. 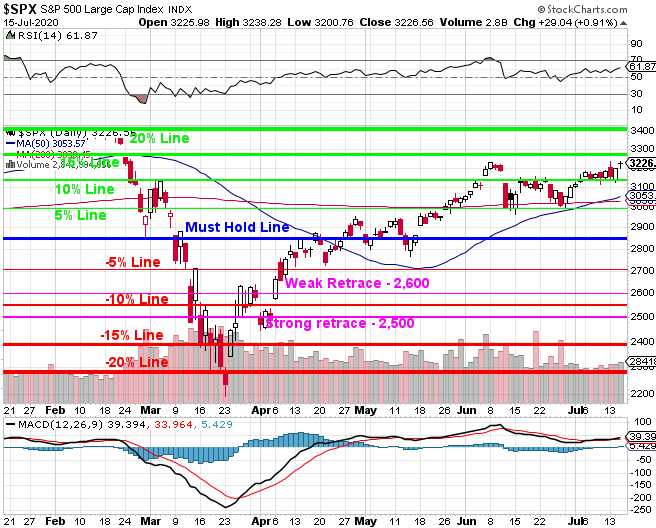 As you can see from the S&P Chart, we were rebounding just fine in May, while we were still locked down as life was ajdusting to the "new normal" – as it did in the rest of the World.   2 months ago, on May 16th, we had less than 1.5M viral infections in the US and we had drastically slowed the spread – even with many states not following the lockdown protocols.  BUT, then we had this rush to "re-open" into the Holiday Weekend and, in just two months since then, we have added 2M more cases and the chart is RAPIDLY accellerating as we hit two new records in the past 5 days. 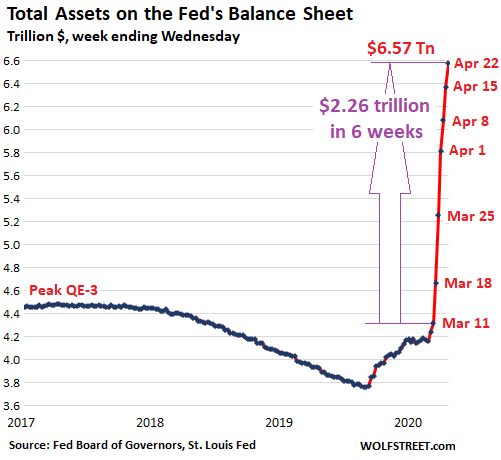 Are pandemics GOOD for the economy?  It would seem so, wouldn't it.  But it's only good for the economy in the same way your house is much wetter after a fire, not because the fire makes your house wetter but because the firement use water to put out the fire.  When the fire dies down and they turn off the hoses, you are left with a wet, burnt wreck of a house and it's very few people who shout "YAY!!!" as they survey the damage.

Congress is about to allocate more money for more stimulus and you can bet the Fed isn't stopping despite record-breaking profits from their Member Banks at the expense of the taxpayers.  It's as if the firemen worked for the water company and the wetter they made things the more money they made…  The Fed is NOT the Government, they are a Banking Cartel with Government oversight but they work for GS, JPM, C, etc. – not the other way around.

That's why earnings, so far, have been good – the major Financial Institutions report early in the cycle and it's easy to do well when you are a banker and the Fed and the Government push $6.7Tn through your doors so you can lend it to taxpayers (their own money!) and charge originaltion fees and interest on programs that are backed by the Government (using more taxpayer money) so you can't possibly lose.  It's good to be the king! 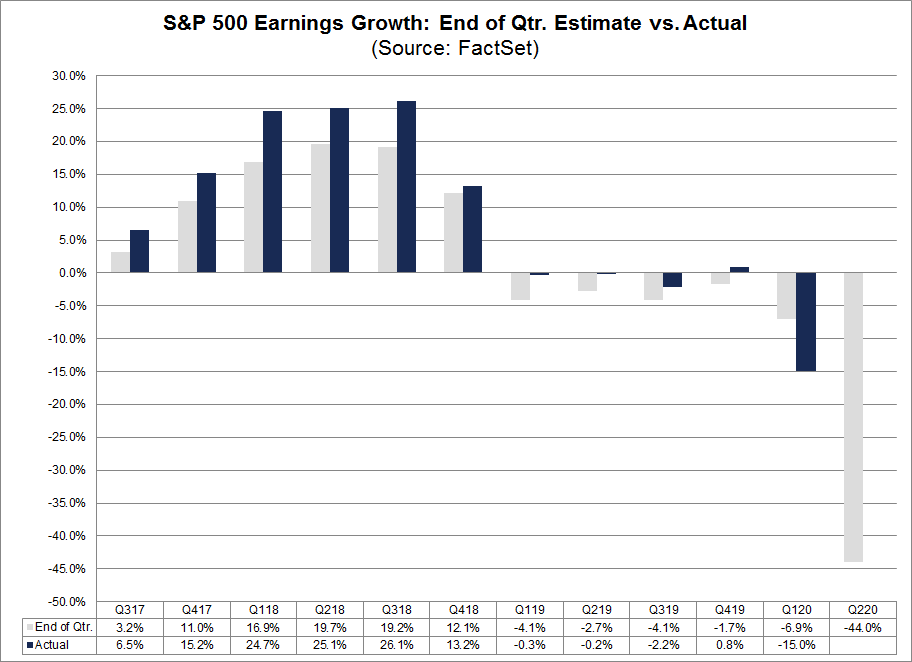 United Health (UNH) made $7.12 in Q2 vs $3.08 expectations and their shares are $3.05 and that's more Government reimbursemnets boosting those revenues – your tax Dollars at work!  We can't afford to give health care to poor people but we can pay an extra $3Bn in profits to UNH to provide services to people who already paid them for insurance?

BAC and SCHW both beat this morning as did Domino's (DPZ) and JNJ had a nice beat, as did Morgan Stanley (MS) and Abbot Labs (ABT).  This evening we hear from Netflix and tomorrow BlackRock (BLK) will show us how to leverage all that free money along with FHN, STT, RF, CFG and ALLY.

Next week is when earnings get more interesting as we start hearing from energy companies and heavy-hitting industrials (the people who have massive accounting staffs and are able to report earnings quickly after the quarter ends).

Then comes the bad news…. 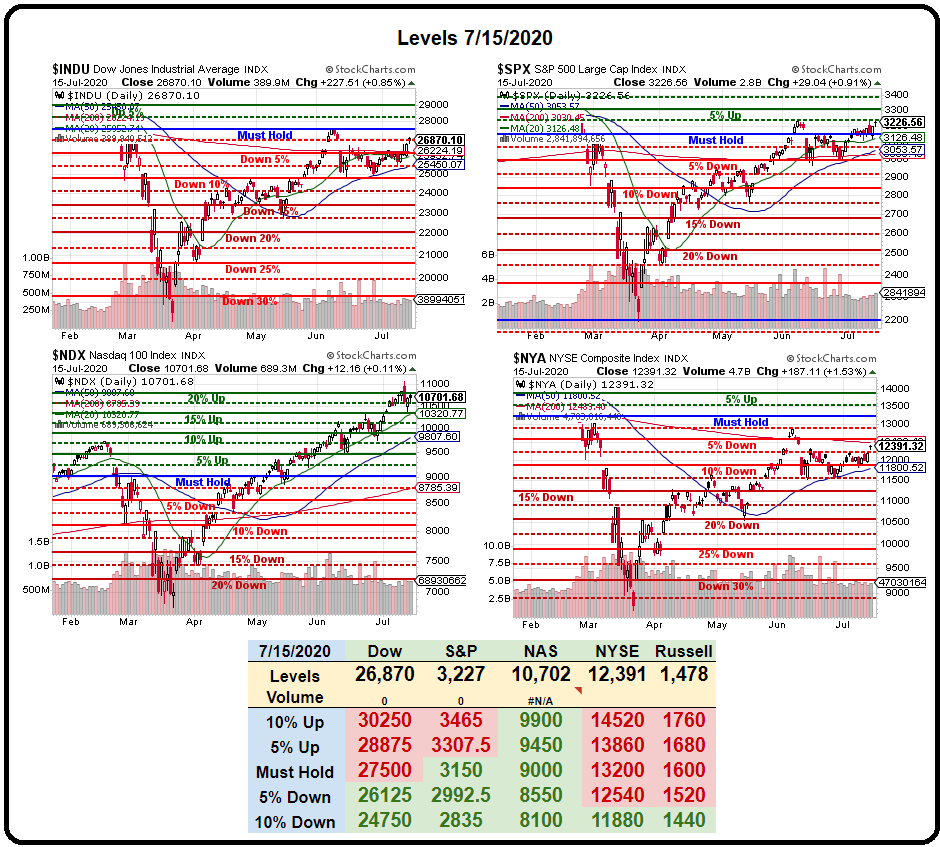 Phil tsla is down big time for now anyways.

Nasdaq down for a change but not much excitement.  Waiting to see if NYSE can confirm a breakout over the 200 dma but that's where our rallies always fail.

Very quiet, are we just watching the show today?

Wow – they feds guys are very pleased with themselves. "I'm so wonderful"!

How are you planning on closing out the butterfly?  Do you have a target in mind?  I started with the same one you had but rolled down to the 60 calls on the dip.  Thanks for the insight on this one — learning something new with this butterfly.  I closed out some of them the other day for double just to be safe but I have a few left.  I am learning they are hard to close out as a 'butterfly' even though TOS gives you that option (which I like) mainly because the 75 calls are worthless and hard to 'close'.

Summer days it seems! People are taking some time off!

I guess everyone went away in May and are staying away, by golly!

That's smart, this market gives me the creeps!

This entire situation is giving me the creep! 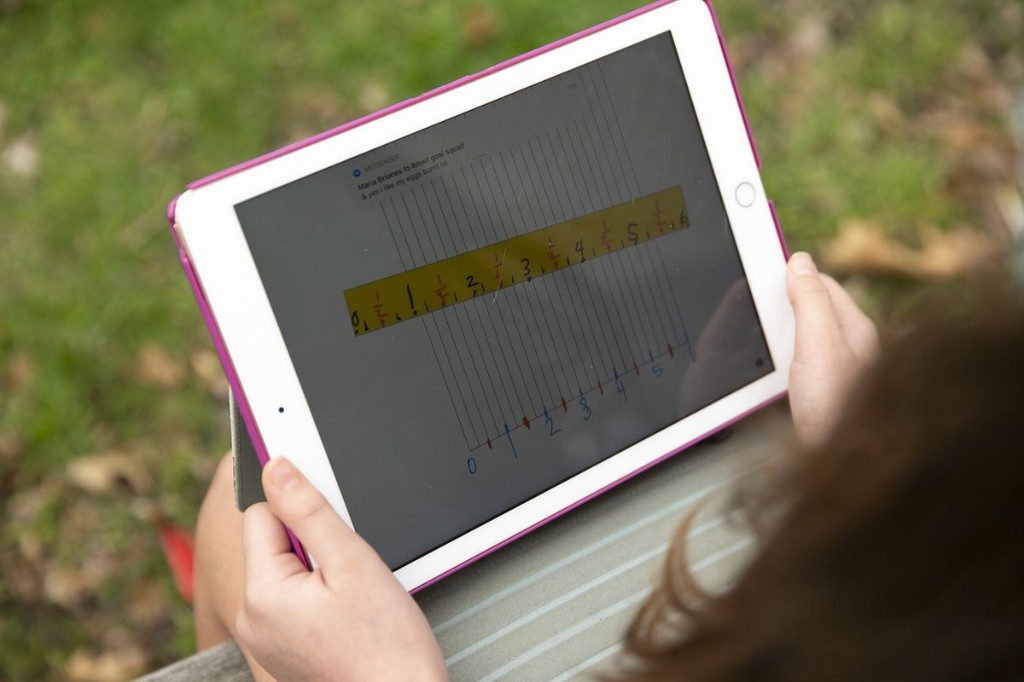 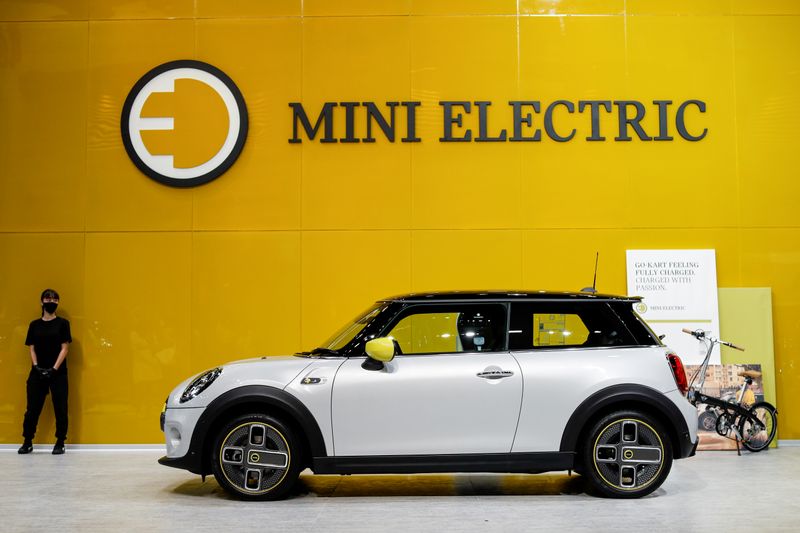 News:
Member
Barrick Gold CEO: Mining industry needs to ‘grow up and be more modern’
By: CNBC
News:
Member
JetBlue and American will share passengers in bid to fend off United and Delta
By: Leslie Josephs, CNBC
News:
Member
Biden’s campaign is pivoting dramatically as the world undergoes a staggering shift on climate
By: Carl Pope
News:
Member
Florida, the ‘Happiest Place on Earth’, might have reached a point of no return with coronavirus 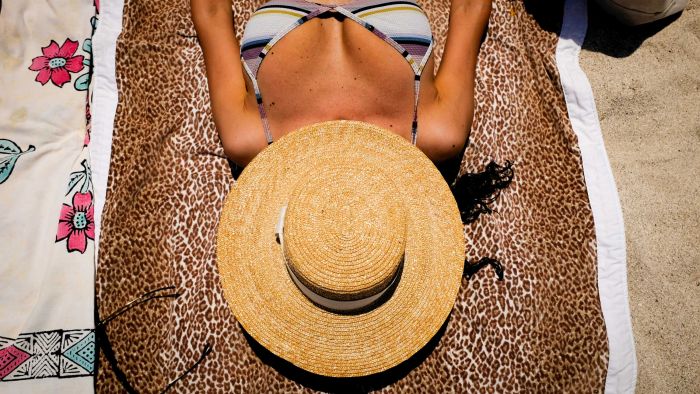 News:
Member
Vital Signs: the cost of lockdowns is nowhere near as big as we have been told
By: Richard Holden
News:
Member
‘Pure hypocrisy’: Kamala Harris on GOP opposition to coronavirus relief bill
By: NBCNews.com
News:
Member
Report: 72 Players Test Positive For COVID-19 After Latest Round of Testing
By: Michael Shapiro
News:
Member
CVS Fined for Safety Issues at Oklahoma Pharmacies
By: Ellen Gabler
News:
Member
Trump Campaign Legal Adviser Appears on Kremlin-Backed TV
By: Will Sommer
News:
Member
Who would kick millions off health insurance in the middle of a pandemic? Yes, Trump.
By: Catherine Rampell 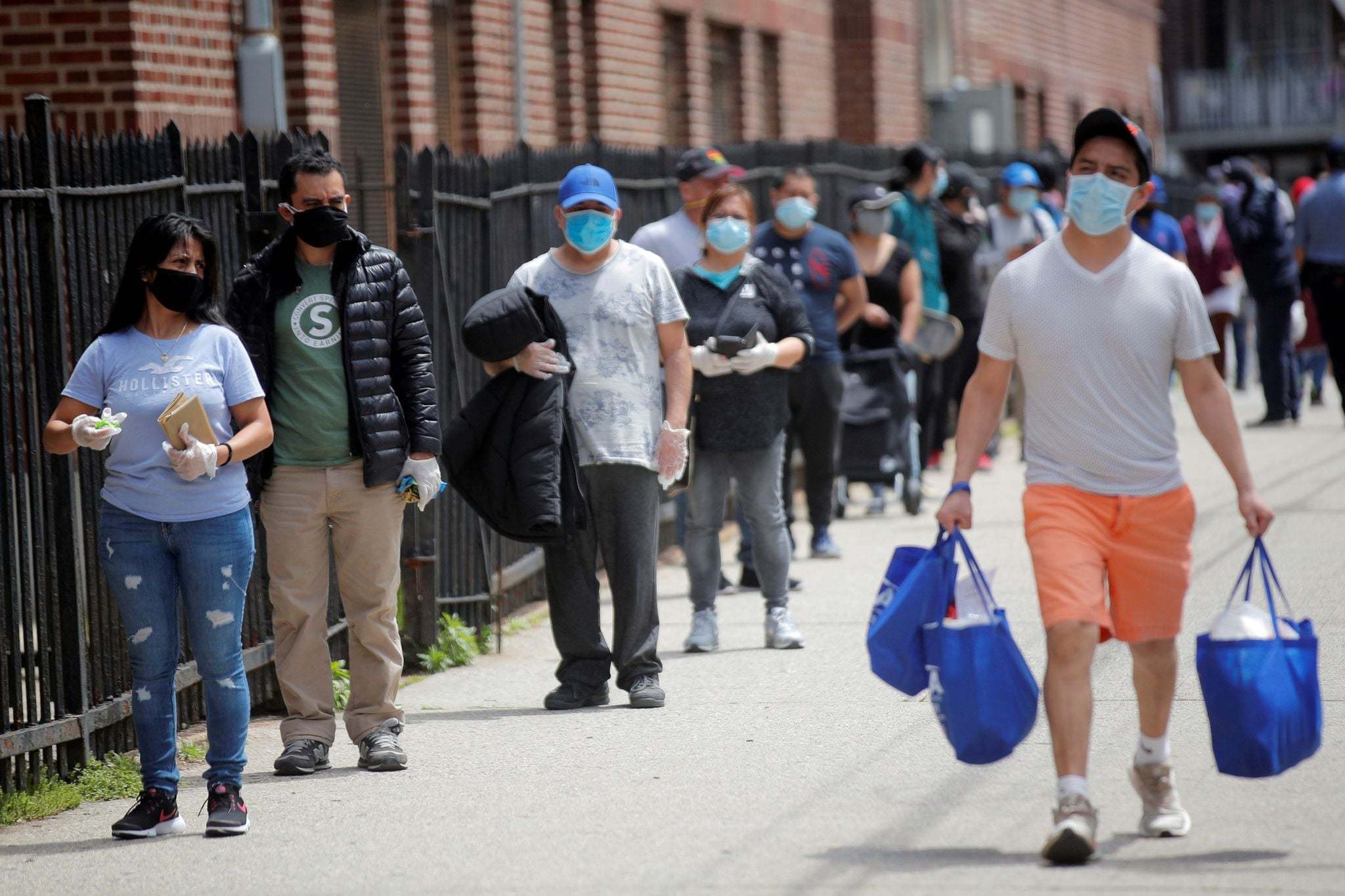 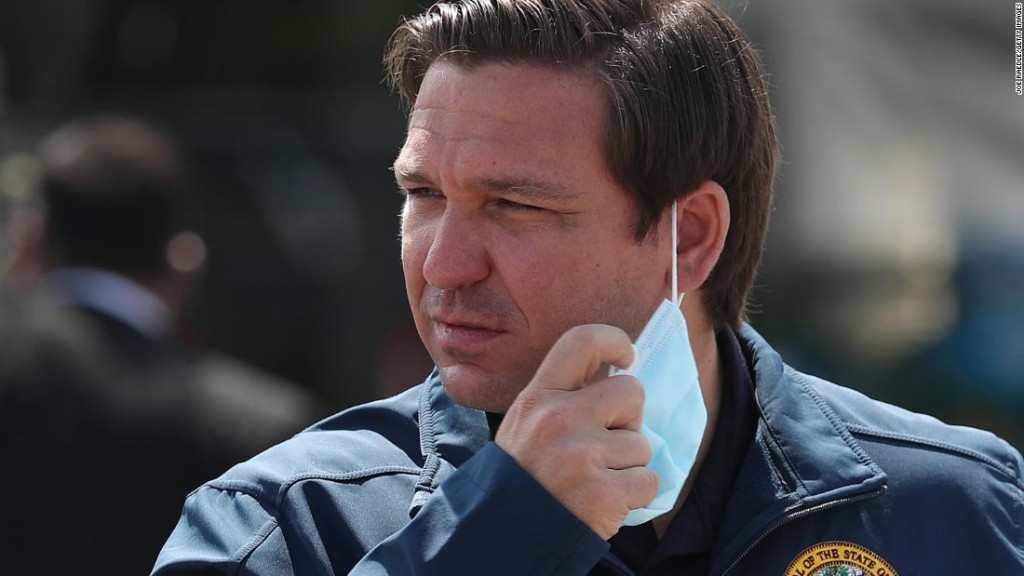 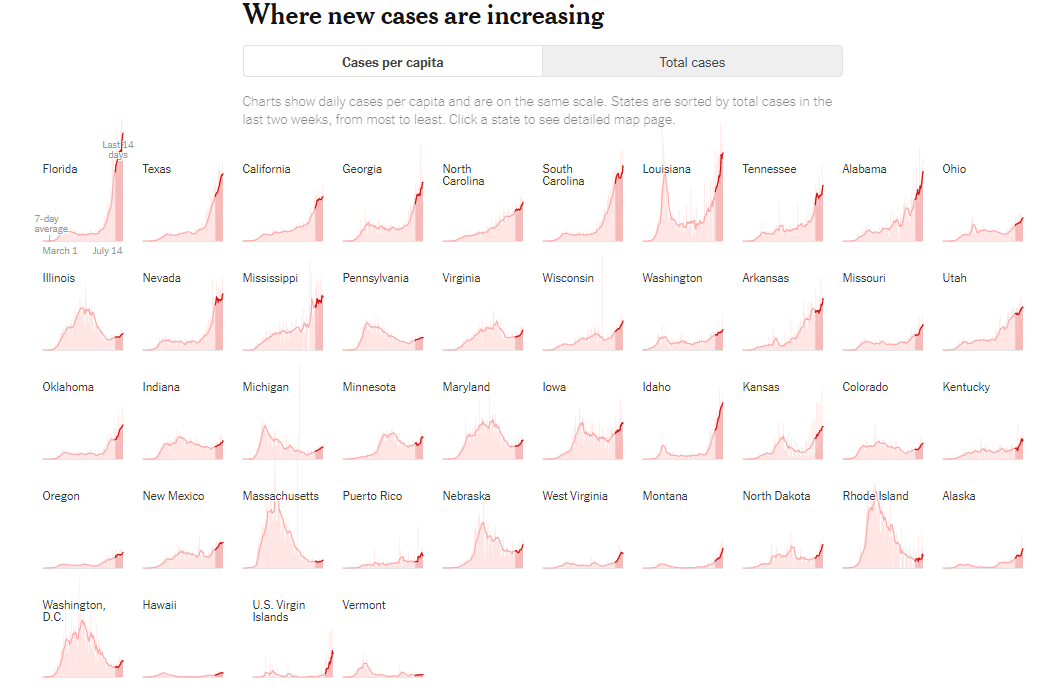 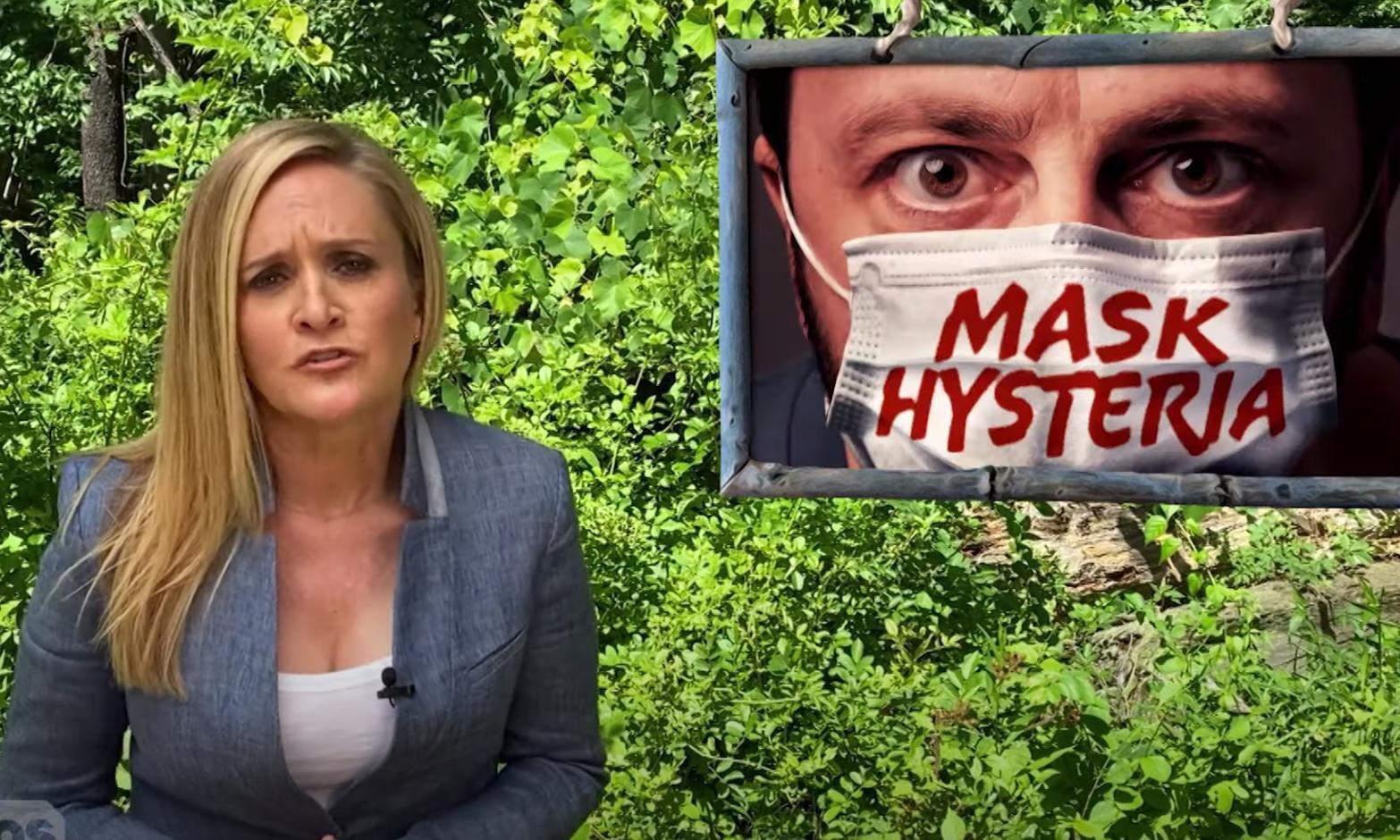 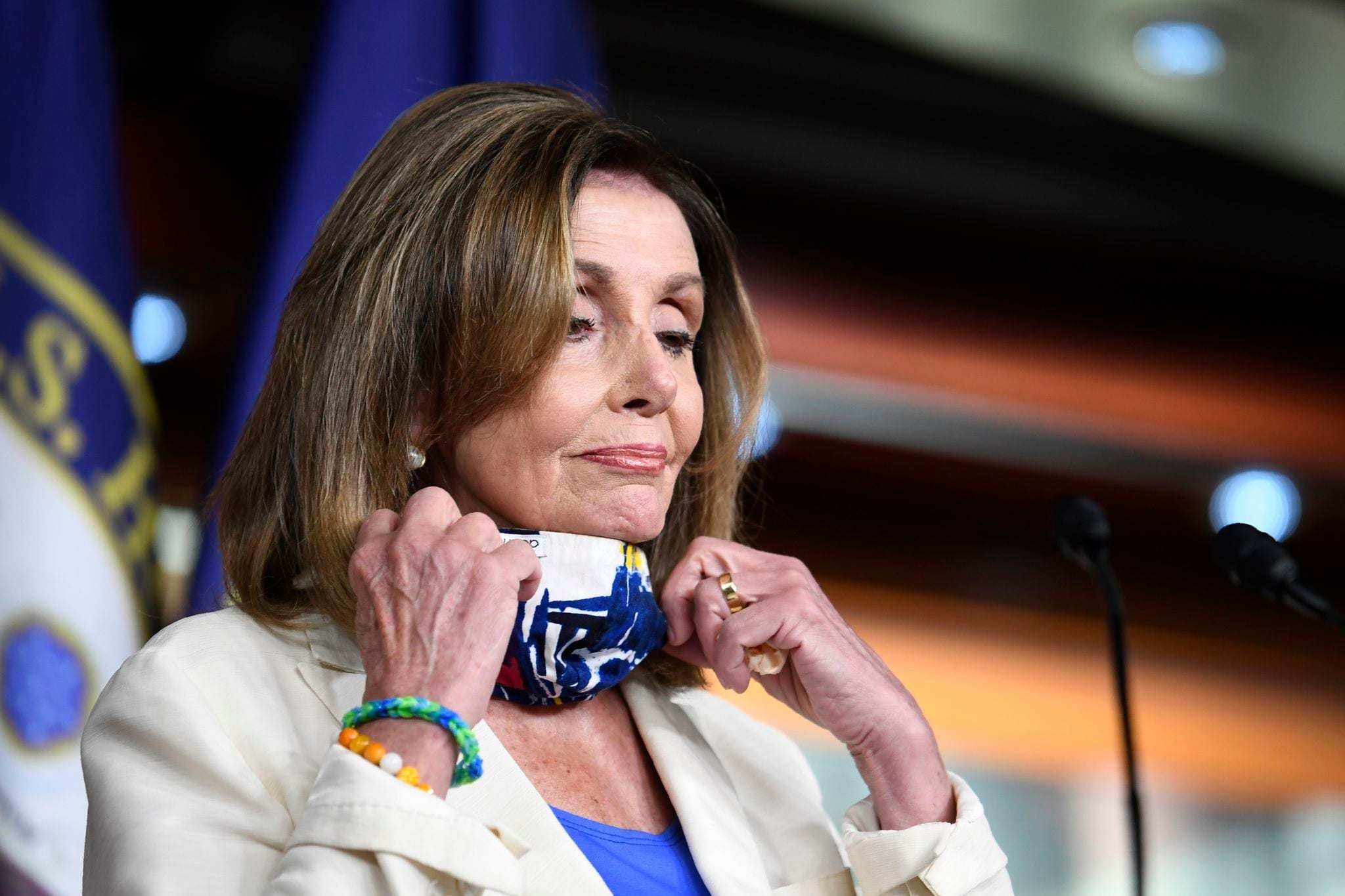 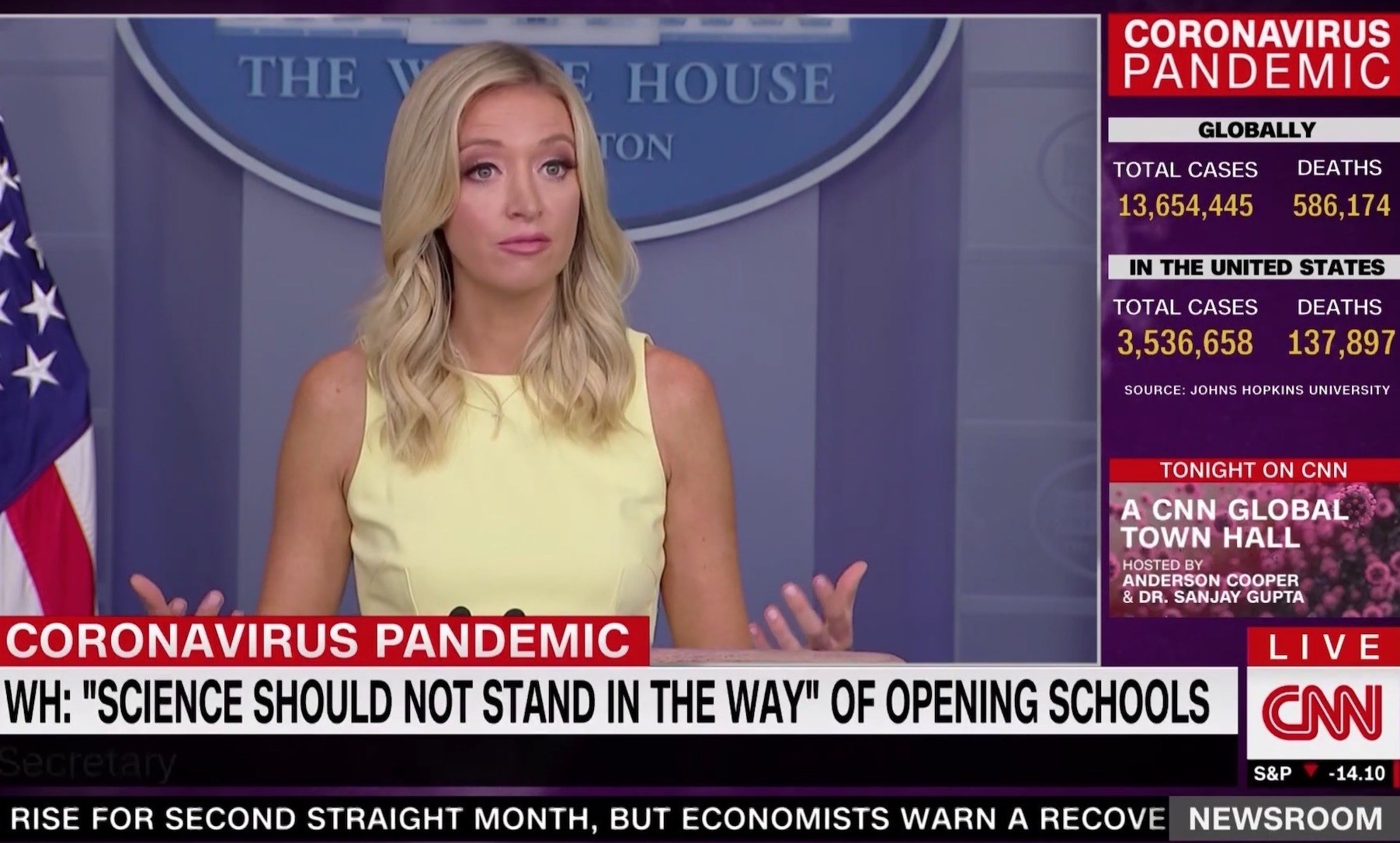 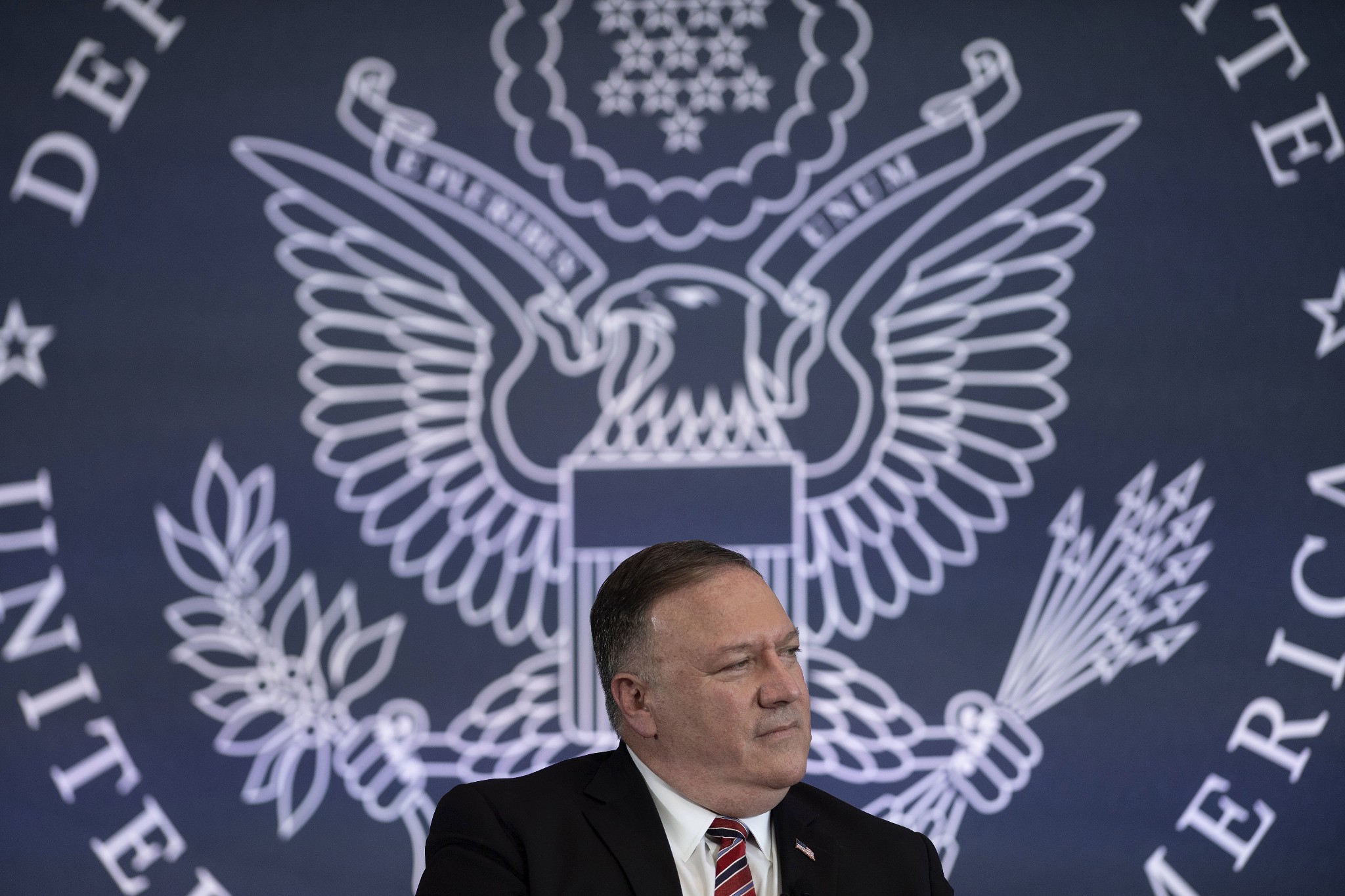 News:
Member
The Economy Is Going to Hit an Iceberg in 10 Days
By: Jordan Weissmann
News:
Member
Gowdy worked with Giuliani on legal matter ahead of impeachment proceedings, new documents show
By: Jeremy Herb, CNN 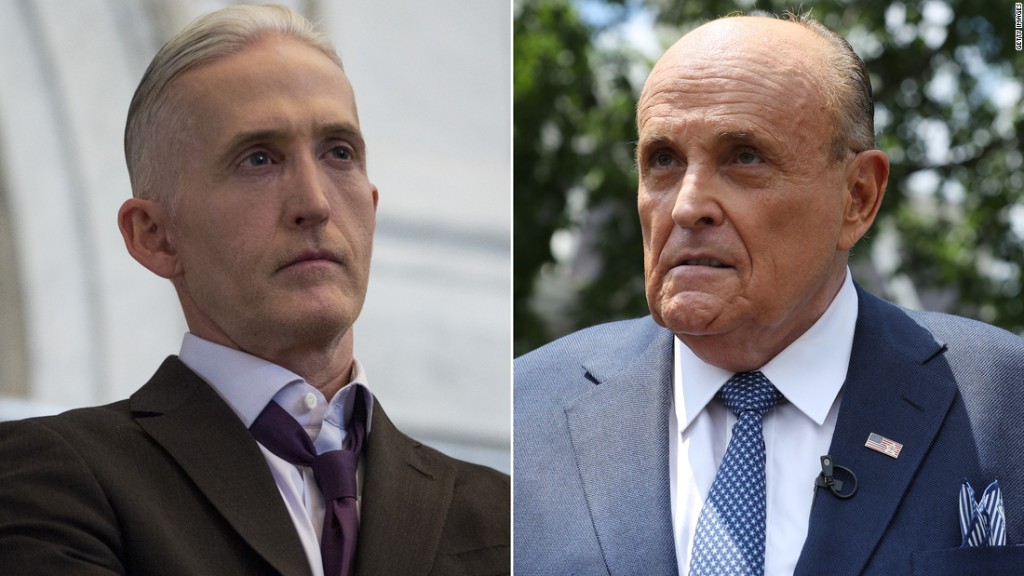 News:
Member
McEnany defends Trump’s polling: “His historic COVID response speaks for itself”
By: Axios
News:
Member
My Husband Is An Infectious Disease Expert. No, We’re Not Sending Our Kids Back To School
By: Jennifer Parris