This year’s country overshoot dates, released by the think tank Global Footprint Network, reveal a pretty daunting prospect. As Statista's Anna Fleck details below, not only do they show the extent to which we are over-extracting the planet’s resources, but they also underline the extreme inequalities that exist between countries.

Statista's chart shows that Qatar, a relatively small and rich country, comes out on top for burning through resources the fastest. In fact, if the whole planet consumed resources at the pace of Qatar, we would hit our 2022 threshold by February 10. 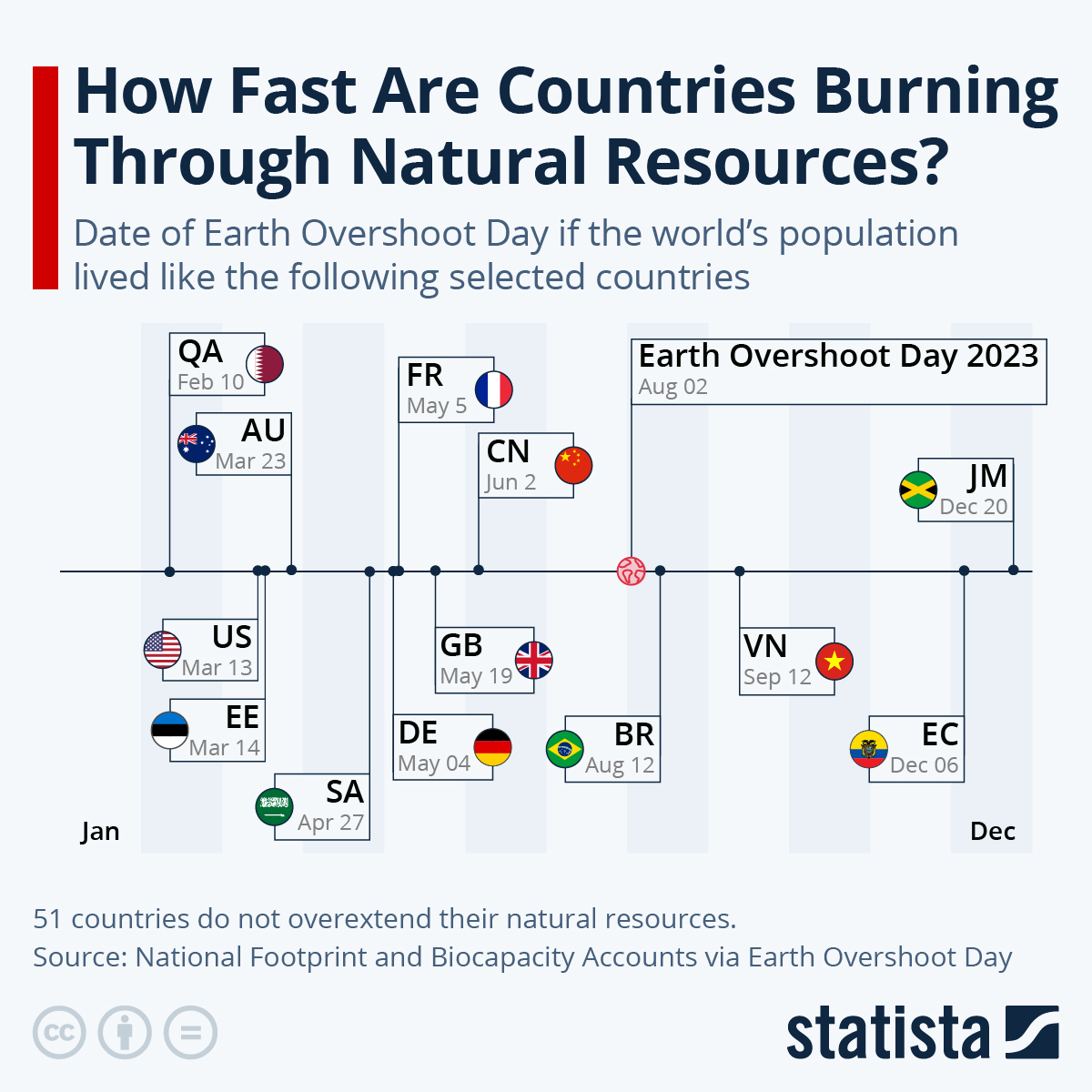 Meanwhile, Indonesia, Jamaica and Benin are three of the handful of countries that have overshoot days in December. The consumption divide seems to be split between richer, industrialized countries and those with a lower-income. 50 countries do not overextend their natural resources and therefore do not have an Earth Overshoot Day.

While the pandemic saw humanity’s global environmental footprint start to decline, with Earth Overshoot Day for the entire globe taking place later than usual in 2020, on August 22, this seems to have been short lived, as the day fell on July 29 in 2021, the same day as in 2019. The date for 2022 is yet to be announced.

According to the Global Footprint Network’s methodology report, the findings take into consideration how much land/resources a country has and how much is needed to meet its people’s demand for food, timber, energy production, waste absorption and space for roads.