The latest data from Eurostat has found that 18.4 percent of EU residents aged 15 and above were daily smokers in 2019. 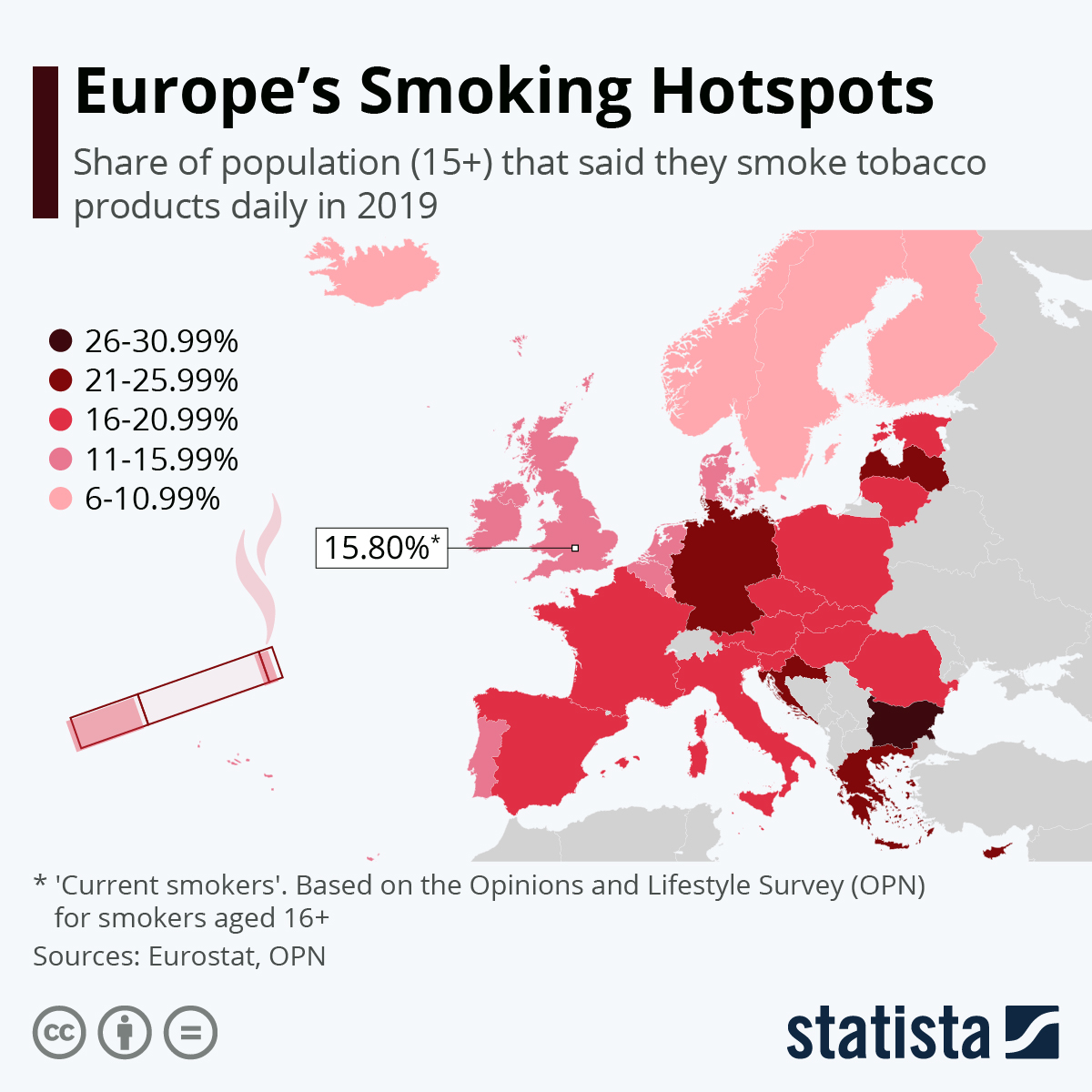 As Statista's Anna Fleck details below, Bulgaria came out on top for the highest proportion of people maintaining the habit, with 28.7 percent of residents smoking daily, followed by Greece (23.6 percent), Latvia (22.1 percent), and Germany (21.9 percent).

Meanwhile, at the other end of the spectrum, only 6.4 percent of Swedes said that they smoke every day.

Since the UK is no longer a part of the EU, the country’s data was not included by Eurostat, however, the country’s Opinions and Lifestyle Survey (OPN) have sourced their own data. As Statista's chart above shows, the UK comes in below the European average, with a 15.8 percent share.

So, is smoking on the decline? While the average across Europe in 2019 (18.4 percent) was pretty similar to Eurostat’s previous data release on the topic back in 2014 (19 percent), it appears that pre-pandemic most countries were seeing a general decline in smoking. Only four of the surveyed countries saw an increase over the five years, with Germany seeing a +6.9 percent point change, Bulgaria seeing +1.4, Ireland +1.1, and Malta +0.5. Hungary saw the greatest decrease, with a -6.5 percent point change of people smoking.

It remains to be seen how the pandemic will have impacted the exact share of daily smokers on a European-wide level.

In the UK at least, 2020 data suggested that the downward trend may have been exacerbated by the pandemic, as the BBC reports that more than one million people were believed to have given up smoking since the first wave. Other media however have since reported a rise in smoking across different countries, due to boredom and stress.