The NHS’s Most Serious (and Avoidable) Errors Of 2021

If you’re about to go under the knife, you’d like to think that you will be in safe hands. And while you almost certainly are, with millions of operations being correctly performed each year in England alone, as Statista's Anna Fleck details below, doctors and nurses still slip up in a small number of cases.

According to new data released by the UK’s National Health Service, a total of 379 medical malpractices called ‘Never Events’ were recorded between April 1, 2021, and February 28, 2022.

The term is defined by the service as “serious, largely preventable patient safety incidents that should not occur if healthcare providers have implemented existing national guidance or safety recommendations.” 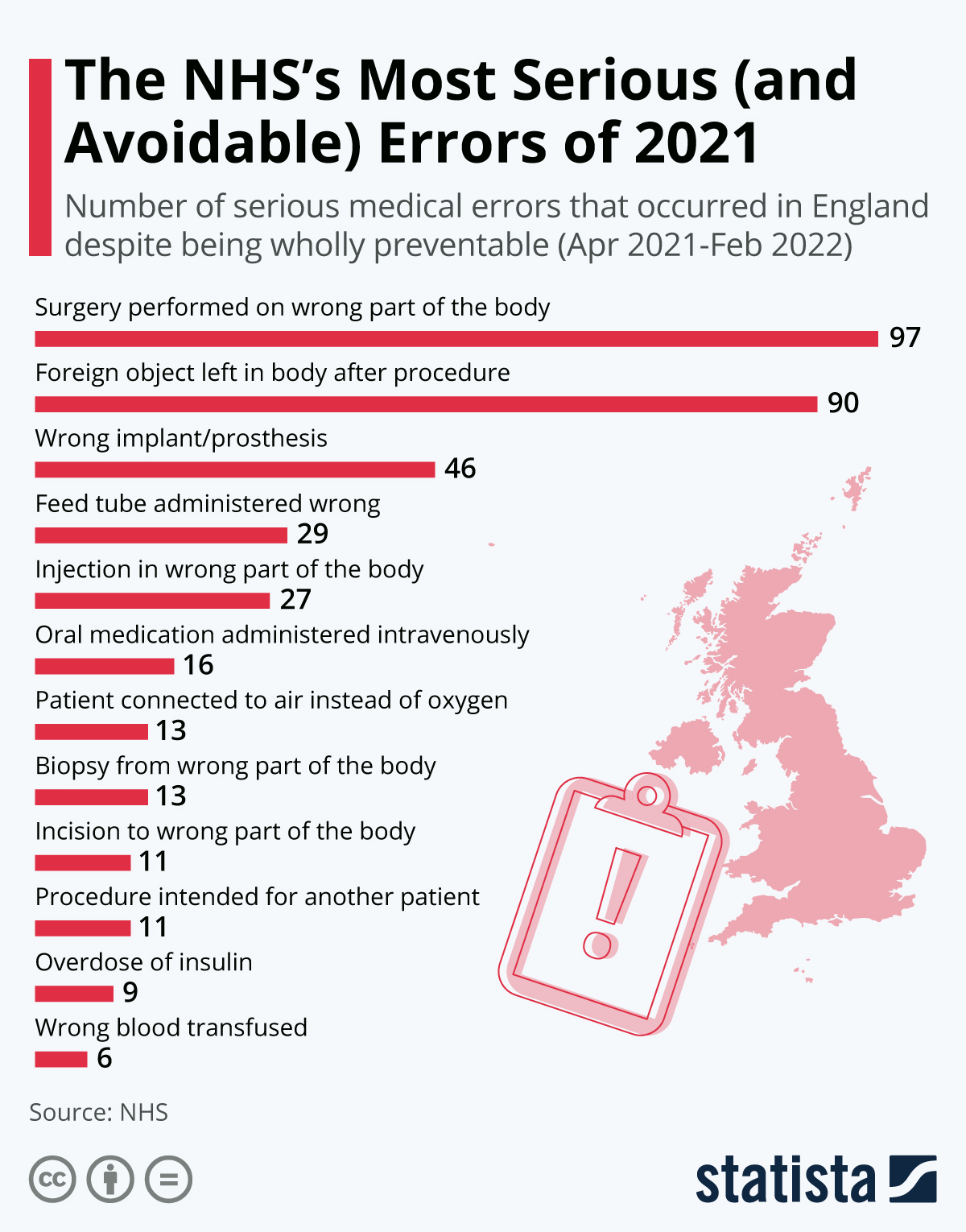 As Statista's chart above shows, while it’s rare, a number of patients received procedures intended for someone else. This included one person who received a sigmoidoscopy (a kind of colonoscopy), which wasn’t meant for them, while another had a rectal drain intended for another patient.

In addition to these cases, a total of 90 foreign objects were recorded as having been accidentally left in the body after a procedure, ranging from a scalpel blade, to part of a pair of wire cutters, and even part of a drill that had not been identified as missing at the time of the procedure. The most commonly seen items to be left behind in patients were 31 vaginal swabs, as well as 19 surgical swabs.

According to the NHS, the release of the list of Never Events is not to encourage a ‘blame culture’, but rather to acknowledge red flags, highlighting when an organization’s systems for implementing existing safety alerts may not be up to standard. The report adds that all data is provisional and subject to change.