Ethereum Miner: “I’m About To Shut Down The Rigs” 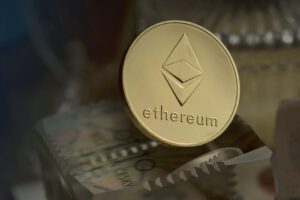 Ethereum (ETH) has suffered the impact that the market reported in mid-May. Several miners are seriously thinking about turning off their mining rigs since they are making just over $15 a day —not enough to see profit.

Joaquin Leal, a crypto miner, has been in the business for over a year and has been recording his experience in videos found on his YouTube channel. He warned that he was reaching the “endpoint” of his mining operation in the most recent video post.

Leal, who has his rigs sitting in his garage, is currently making about $50 a month from Ethereum mining.

If the costs of electricity —the raw material of the activity— are subtracted from that, there is a daily profit of just $17 on average or about $527 per month.

“This crypto-mining journey has been very entertaining, I have been mining for a year and a half, and I have learned a lot. It is not a farewell video or anything, I will continue mining even if I make one dollar a day,” he said in the video.

However, he says, things are reaching a tipping point due to Ethereum’s and other cryptocurrencies’ drop in price.

“The problem is that I am reaching that limit. That’s how it is,” Joaquín says.

“I am reaching my limit, where I am going to have to make a drastic decision to turn off the rigs or continue mining, even if I am making losses.”

Leal points out that the current situation of his operation —which has a hash rate of 2.3 GH/s— is enough for him to “survive.”

Leal attributes the profitability crisis to the rise in difficulty and the low prices faced by all cryptocurrencies, which have already been in the red for several weeks.

According to data from 2Miners, the difficulty of Ethereum mining is around 14.56 and the hash rate, which is the computing power of that network, is at 1.06 PH/s —close to its all-time high. This shows high participation in the chain.

The second most important cryptocurrency by valuation is getting closer to its migration. In fact, video card (GPU) mining is expected to end this year on Ethereum as it will become part of the Proof-of-Stake (PoS) consensus algorithm.