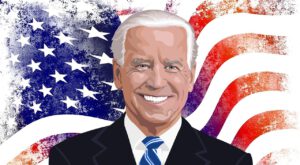 US stocks are rallying over optimism that President Biden could be positioning for a major de-escalation in the US-China trade war and over selling exhaustion. After eight weeks of selling pressure for the Dow and a seven-week losing streak for both the S&P 500 and Nasdaq, a rebound was long overdue. ​ Many are rationalizing today’s rebound with the logic that much more downside would only be warranted if a recession was likely to happen early next year and that won’t be determined for a few more months.

A weaker dollar also gave a strong boost to risky assets as the ECB seems poised to raise rates in July. The immediate reaction to ECB President Lagarde’s comment that the central bank is likely to exit negative rates by the end of the third quarter put a massive bid into the euro. ​ Bund futures popped and currency traders quickly abandoned the king dollar trade that has worked so well recently. ​ Despite Lagarde’s hawkishness, some ECB policymakers might want more aggressive tightening than the couple quarter-point rate increases that she signaled. ​

Energy traders see choppy waters ahead for oil prices as uncertainty persists with the global economic outlook and over the EU’s progress with a ban on Russian oil. ​ It is unclear when the US economy will have a recession and how the Chinese economy will perform given the constant risk of COVID lockdowns. ​

Even a significantly weaker dollar did little to boost oil prices, which suggests WTI crude will be stuck between $103 and $115 levels. ​

Gold prices had a nice start to the trading week as risk appetite returned and the dollar crumbled after hawkish comments from ECB’s Lagarde. ​ Gold needs to see the dollar weaken for it to attract further investment and that could happen if Europe becomes even more aggressive with their rate hikes. ​

Gold should start to see inflows over constant COVID fears for China and if investors become more optimistic that the US won’t see a recession in 2023. ​ Further stimulus from the PBOC and hopes that the Fed will ease up on tightening once rates rise towards 3.00% should be positive for gold.

If the dollar continues to weaken, gold should find resistance around the $1885 level. ​

Bitcoin prices remain weak despite a broad risk rally on Wall Street. It looks like most crypto traders are hesitant to buy the dip, which most likely means that the bottom has not been made. ​ ECB President Lagarde noted that Bitcoin and other cryptocurrencies are “worth nothing”. ​ She focused on how it is based on nothing and that no underlying asset can act as anchor of safety.

It is unlikely that any head of a central bank will endorse Bitcoin or the other top coins, especially as we are years away from a digital euro or dollar. ​ It looks like Bitcoin won’t really attract massive inflows until investors believe most of the major central banks are nearing the end of their tightening cycles. ​ Bitcoin will rally once Wall Street believes the Fed will stop hiking rates once they are near 3.00% and after the ECB will finally gets rates out of negative territory. ​

Bitcoin will remain a choppy trade possibly throughout the summer, but should get its mojo back after the worst of global monetary tightening has been priced in.