Inflation Concerns Are Soaring Around The World

The world’s political and economic elites have descended once more on Davos, Switzerland, for the World Economic Forum (WEF), after a two-year hiatus due to the pandemic. This year’s round of talks, which run from May 22 to 26, will deal with, among other topics, the Russian invasion of Ukraine, food shortages, climate change and inflation.

As Statista's Anna Fleck details below, according to data from The Global Consumer Survey, the latter issue is at the forefront of residents’ minds in several countries around the world. 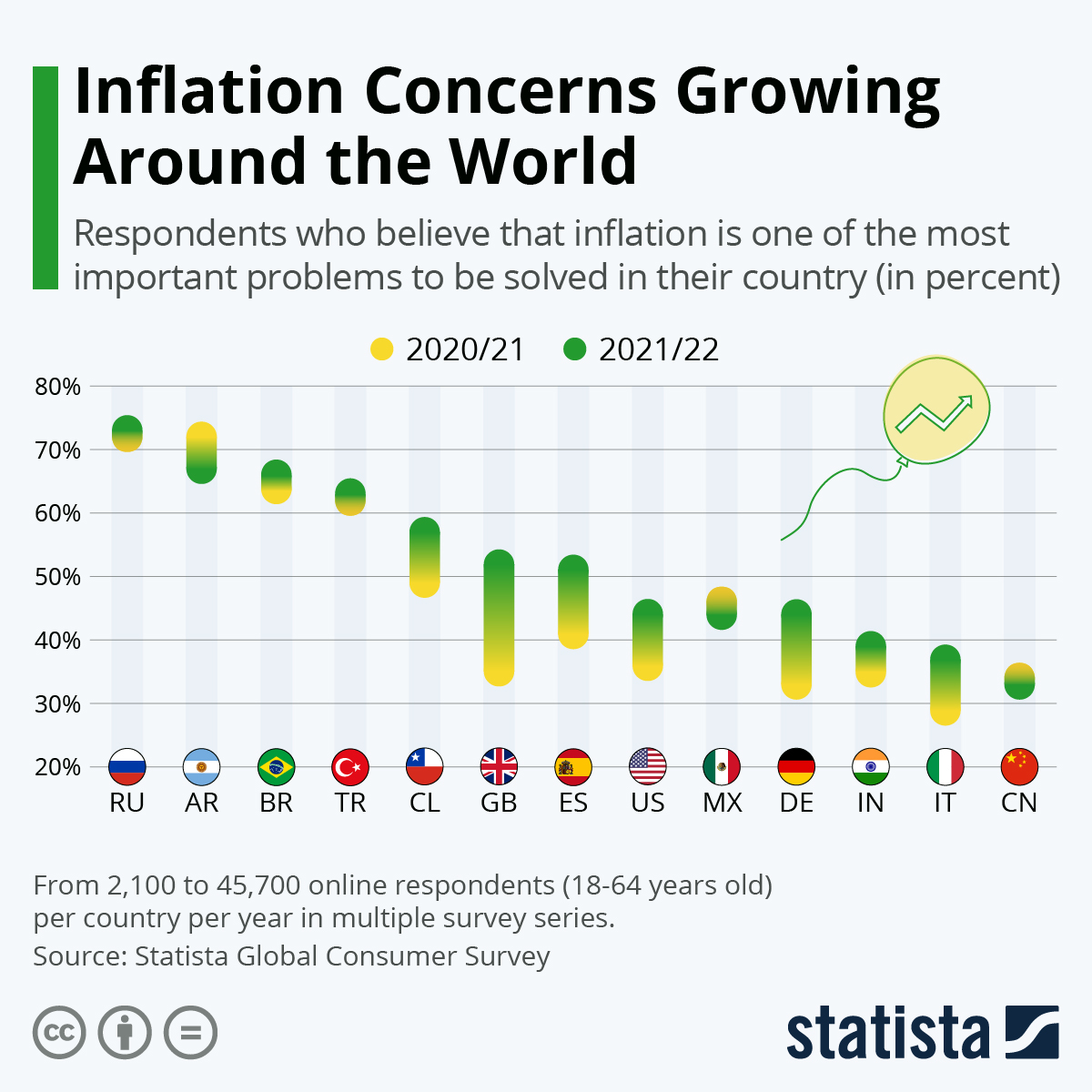 Inflation has become an increasingly common concern in the UK of late, with 52 percent of respondents saying it was one of their country’s leading problems in 2021/22, up from 35 percent in 2020/21. This trend mirrors the rising costs of living in the country, with the latest figures showing prices jumping nine percent – the highest in 40 years.

Brits aren’t alone in their fears however, as other European countries are also showing signs of growing worry over the tightening of purse strings, following more than two years of a pandemic and an energy crisis, including Germany (from 33 percent to 44 percent), Spain (41 percent to 51 percent) and Italy (from 29 percent to 37 percent).

Russians harbor the most worries over inflation, according to the data, which perhaps comes as no surprise, given the heavy sanctions that have hit the country following its invasion of Ukraine. They are closely followed by Argentina, which, according to Deutsche Welle, is expected to see inflation of at least 60 percent by the end of 2022, with poverty having risen by over 43 percent since the start of the year.

While the GCS figures suggest that there was a slight drop in the share of people saying it was a concern from the year before in Argentina, it was still at a high 67 percent of respondents when the survey was taken.