The UK’s richest people were announced in The Sunday Times’ annual roundup this week, including the founder of Dyson vacuum cleaners, as well as JK Rowling and Elisabeth Murdoch. As Statista's Anna Fleck notes, the list comes at a time when the majority of Brits are feeling the burden of the cost of living crisis. 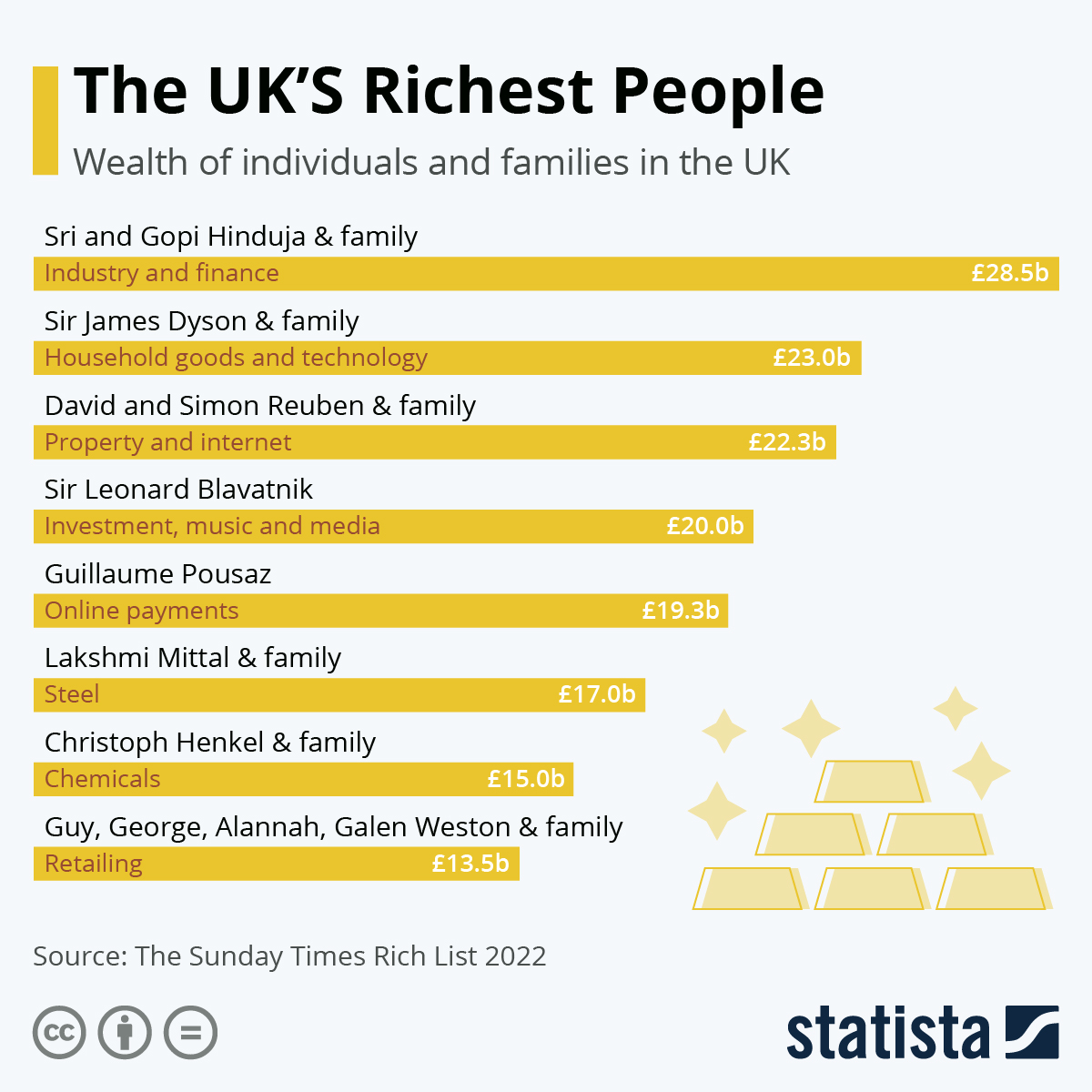 At the top of the list came billionaire brothers Sri and Gopi Hinduja, who own the Mumbai-based conglomerate Hinduja Group. They were reported to own £28.47 billion together. Other key names to make it onto the list, albeit further down, included Chancellor of the Exchequer Rishi Sunak and his wife Akshata Murty, ranking at 222nd place out of 250 with a joint £730m of wealth. Sunak is reportedly the richest serving MP in history.

Chelsea manager Roman Abramovich dropped 20 places on the newspaper’s list this year, after his wealth was believed to have been cut from £12 billion down to £6 billion. He was one of the Russian figures to have been hit with sanctions in light of the Russian war in Ukraine. Alisher Usmanov also saw a fall, from sixth to eleventh place, with an estimated wealth of £10bn this year.

In terms of demographics, only seven of the people on the list were women, while 116 of the richest were men, and a further 78 were listed under the grouping “man with family.”

Income from property was the most common primary source of wealth, with 43 percent of people on the list benefiting from it.

Additionally, as Statista's Fleck details below, the UK’s top ten richest people are wealthier than the group has ever been, with their cumulative wealth having grown from £47.77 billion in 2009 to £182 billion in 2022 – an increase of 281 percent. 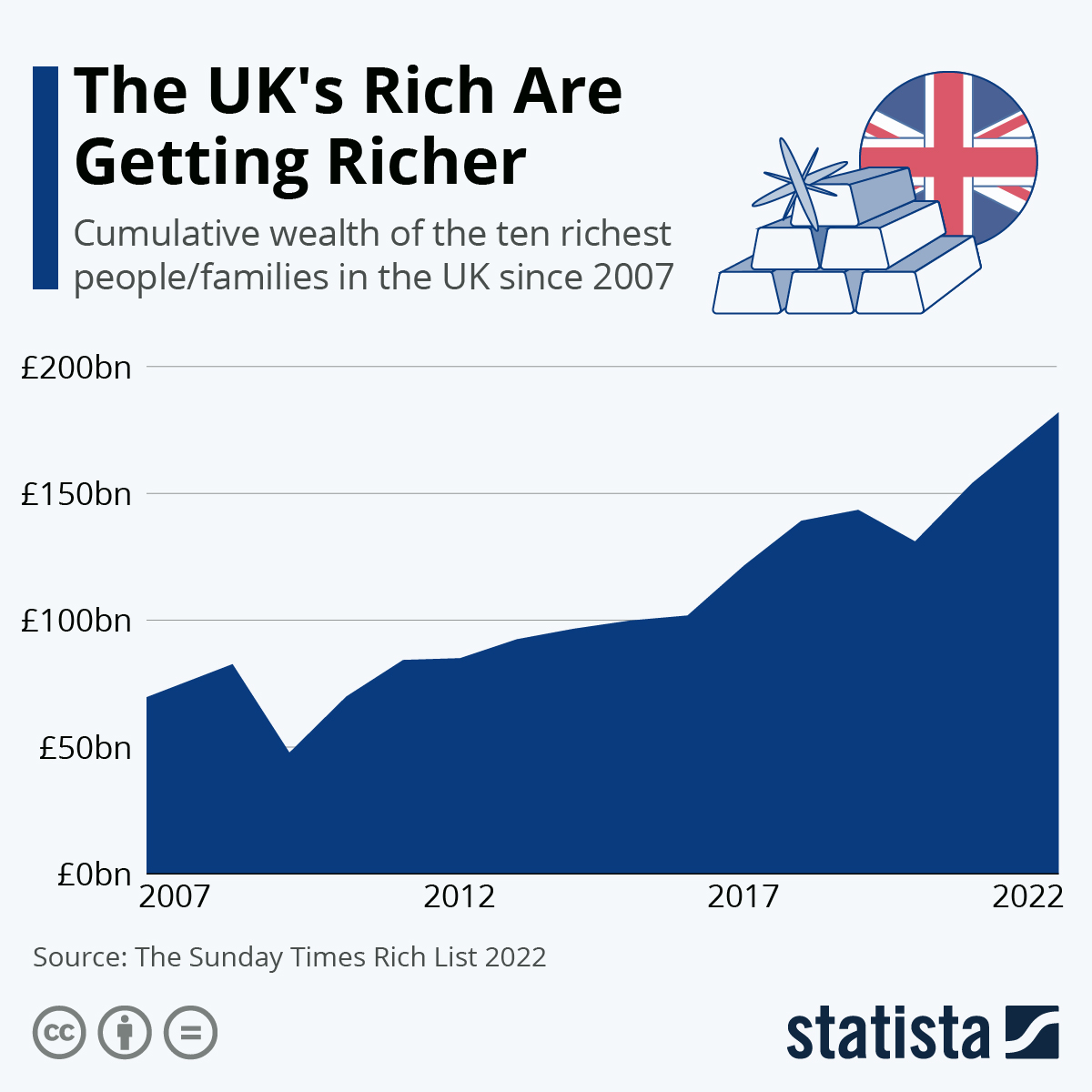 As this chart shows, following the 2008 crash, the UK’s billionaires have seen a steady, and fairly steep, incline in their wealth.

The upward trend continued despite the pandemic, which saw the UK’s economy shrink by 20.4 percent in the second quarter of 2020, as most industries suffered, and 30.5 million people in Europe were expected to be pushed into poverty. This is a stark contrast to the UK’s 250 ultra wealthy, who saw their collective wealth surge to a record high of £653 billion in 2022.

George Dibbs, the head of the Center for Economic Justice at the Institute for Public Policy Research, explains how we are seeing a widening wealth gap, as the rich are getting richer:

“As we enter a once-in-a-generation cost of living crisis, the Sunday Times rich list shows us again that vast wealth often begets more wealth. That has proved particularly true during the pandemic, when the wealthiest accumulated more wealth than poorer people, who saved nothing,” he tells The Guardian.

“Now there are more billionaires in the UK than ever before and the collective wealth of the richest has grown again.”

According to the article, Dibbs is now calling on Sunak to bring in taxes in order to “redistribute the wealth gains of the richest to pay for higher social security benefits for those who most need them.”