A total of 106,090 people were on the waiting list for potentially life saving organ transplants in 2021, according to data from the Health Resources and Services Administration (HRSA).

As Statista's Anna Fleck details below, kidney transplants took up the lion's share of these, with 90,483 people awaiting treatment.

The data reveals the extent of the organ shortage crisis in America right now. 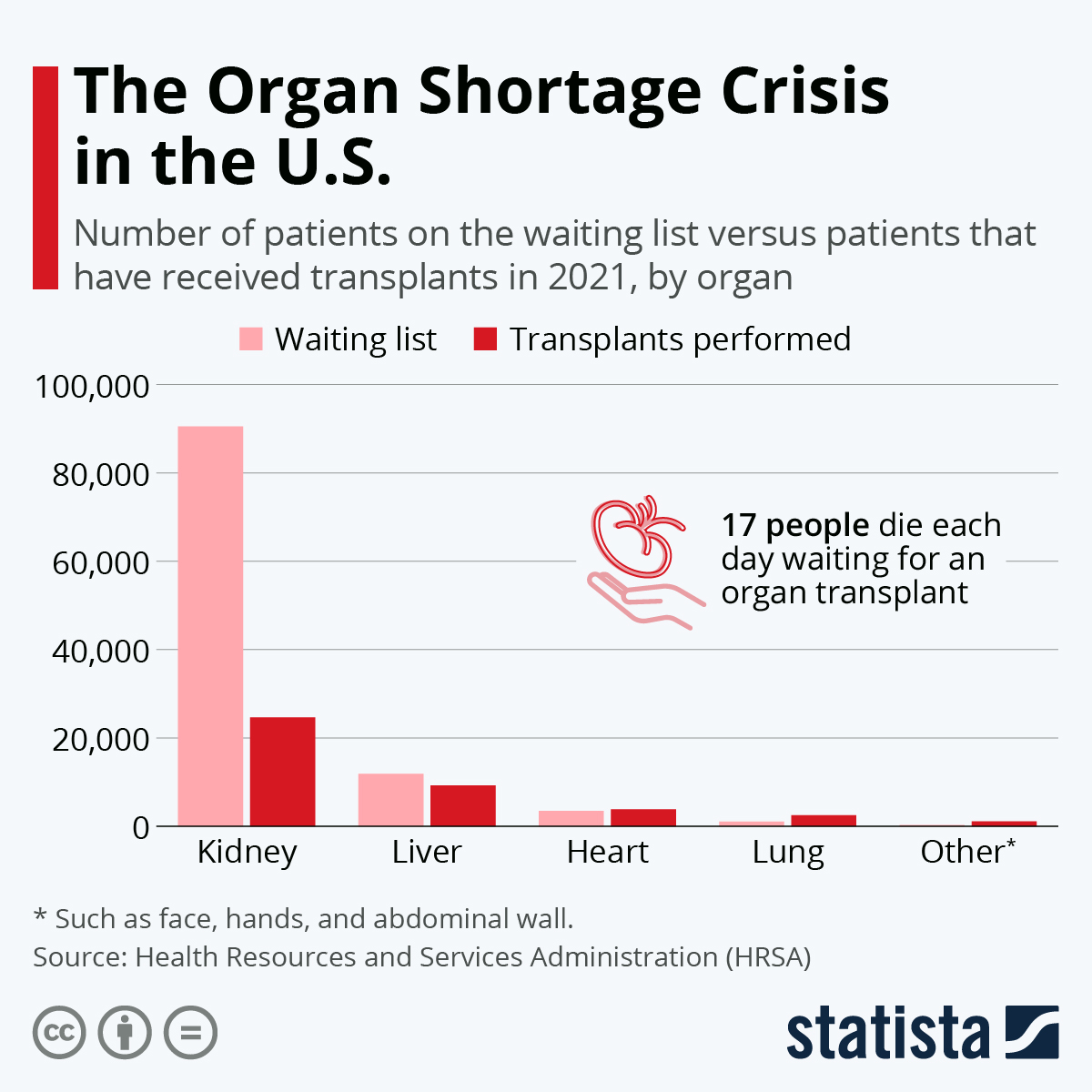 According to the HRSA, 17 people die each day waiting for an organ transplant, and another person is added to the waiting list every nine minutes. While 90 percent of adults support the idea of organ donation, according to an HRSA report, only 60 percent are actually registered as donors.

The pandemic has exacerbated the shortage crisis in the U.S., with Penn Medical News reporting that the number of recovered organs dropped from more than 110 a day on March 6 in the U.S. to less than 60 per day on April 5. Peter Reese, an associate professor of Medicine and Epidemiology at Penn, tells the news site: “Organs from deceased donors represent a time-limited opportunity, as they must be procured and used rapidly. However, in order to protect the safety of their patients, centers must now carefully vet all donors to ensure there is minimal risk of COVID-19.”

However, despite the 'shortage crisis' in America, it is second only to Spain in the world for organ donation rates. 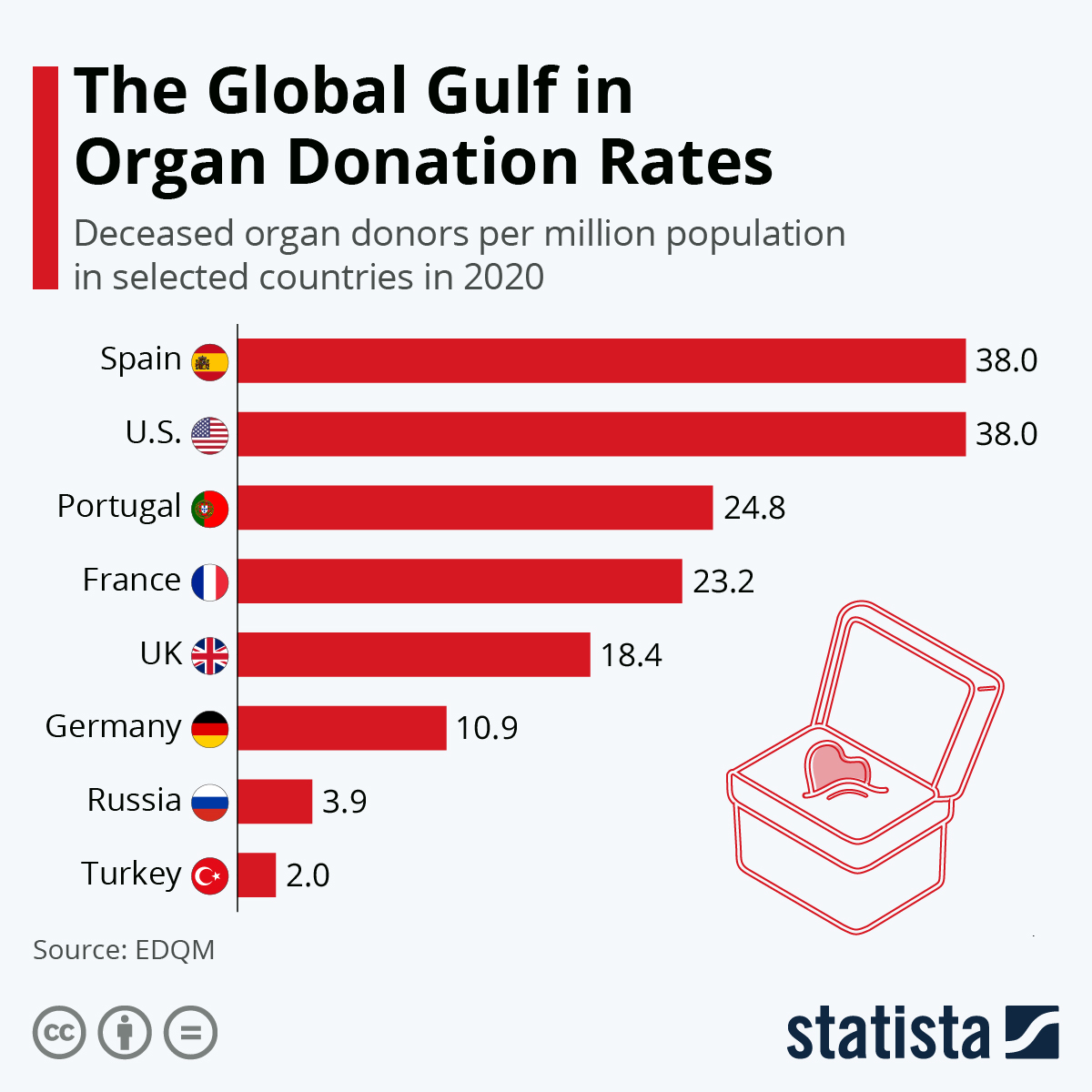 The Swiss have voted in favor of a new law which would promote an ‘opt-out’ transplant system. Or, in other words, when someone dies, the default will be to donate their organs where possible, unless the person had specifically said otherwise. Relatives can also reject the process if they say the deceased person would not have wanted it. The case raises the question once more of whether countries should enforce an opt-in or an opt-out system, and draws attention to the ongoing organ shortage of past years.

Data from the European Directorate for the Quality of Medicines and Health Care (EDQM) shows that Spain and the U.S. came out joint top for the highest rates of organ donors in 2020, with 38 deceased donors per million population. In Spain, this high rate is mostly put down to its opt-out system.

The U.S., however, is perhaps more surprising as it has an opt-in system. In its case, the barrier for registration is relatively low, as in most states, you can register to be a donor when applying for or renewing a driver’s license. This leads onto the grim reality that the biggest source of organ donations are people who have been in fatal vehicle accidents. According to the United Network for Organ Sharing, these account for 33 percent of donations. As NPR reports, with fewer people on the roads through the pandemic, that meant fewer transplants.

Despite the fact that Russia has an opt-out system which presumes consent, its numbers of organ transplants are relatively low.

According to the Russian Journal of Transplantology and Artificial Organs, this is put down to “human causes” and “poor organization.”

Meanwhile Turkey has a higher level of organ transplants from living donors, but is at the lower end of the organ transplant gap from the deceased, with only 2 people per million, respectively.