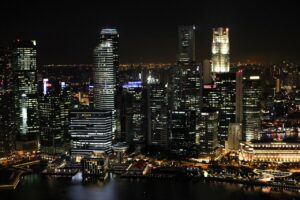 Activism in Asia is on course for a record-breaking proxy season, with 77 companies across the region publicly subjected to activist demands between January and May 3, according to a report launched by Insightia, a Diligent brand and provider of shareholder activism, shareholder voting, and corporate governance data. That compared with 60 companies for the same period in 2021.

The region has continued to experience growing volumes of activism throughout the COVID-19 pandemic, in contrast to North America and Europe. Asia represented 7.3% of global activist targets in 2015, reaching 14.5% in 2021 through consecutive increases.

As the report outlines, Japan- and South Korea-based companies have enjoyed particularly heightened levels of activism. In addition to those countries, the report provides in-depth coverage of Singapore, Hong Kong, and China, as well as short activism across the region.

In another notable trend, the number of rebellions against Japanese director reelection or election proposals, defined as support of less than 80%, has increased year-on-year from 0.7% in 2018 to 2.6% in 2021. The data likely reflect increasingly stringent requirements for boards of directors, including independence and diversity, from global institutional investors.

Rebecca Sherratt, Insightia’s publications editor, said “Although ESG activism was less pronounced in Asia than in Europe or North America, many of the most prolific activist investors highlighted by the report are known for advancing environmental or social demands, suggesting that a concentrated focus on ESG in Asia is gathering pace.”

Cas Sydorowitz, global CEO of Georgeson, contributes an op-ed to the report, noting within that “Asia has long considered activism to be a U.S. issue. Japan and Korea, however, have rapidly become a hotbed for activism in Asia, with Singapore coming up as a very distant third.”

Diligent is the global leader in modern governance, providing SaaS solutions across governance, risk, compliance, and ESG. Serving more than 1 million users from over 25,000 customers around the world, we empower transformational leaders with technology, insights, and confidence to drive greater impact and lead with purpose. Learn more at diligent.com.