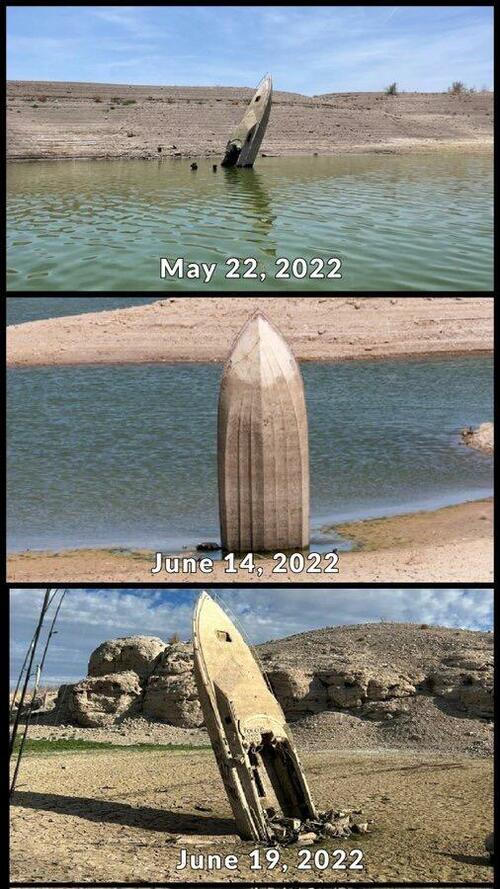 As the water level of the nation’s largest artificial reservoir recedes due to a devastating drought, human bodies keep emerging.

Human remains have been discovered in Lake Mead for the third time in three months. The U.S. National Park Service reported the grim discovery. They said, “human remains were discovered at Swim Beach in Lake Mead National Recreation Area at approximately 4:30 p.m. PST on Monday.”

We are out at Lake Mead where more human remains were found just yesterday. This is the third discovery of remains since beginning of May. The barrel with a body in it was just about a half of a mile from yesterday’s location. @KTNV pic.twitter.com/CtYVLK4HZi

The Clark County Office of the Coroner/Medical Examiner retrieved the body that night. The cause of death remains a mystery.

“The investigation is ongoing. No further information is available at this time,” National Park Service said.

Coroner and medical personnel loading up the human remains found at Lake Mead today. The third set of human remains discovered since May 1. First was the body in a barrel, then remains half buried, and now these. All of them appear to have been discovered due to receding waters pic.twitter.com/RLFWcJLToH

The first body, discovered on May 1, was stuffed in a barrel, likely a murder victim who died “sometime in the mid-’70s to early ’80s, based on clothing and footwear the victim was found with,” according to a press release from the Las Vegas Metropolitan Police. Paddleboards discovered the second body on May 7.

As of Wednesday, Lake Mead’s water level was at 1,040 feet, approximately 174 feet below its level in 2000 when the great drought began. 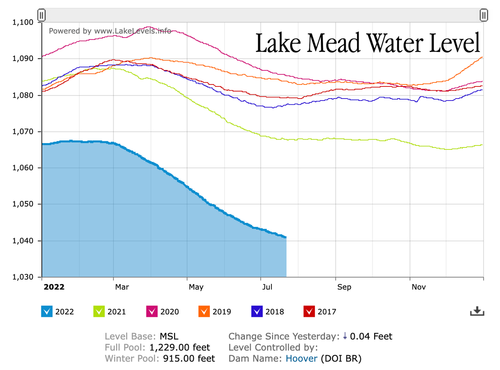 “Continuing a 22-year downward trend, water levels in Lake Mead stand at their lowest since April 1937, when the reservoir was still being filled for the first time,” NASA wrote in a report last week. The U.S. space agency also released satellite images of the lake’s water level falling over time. 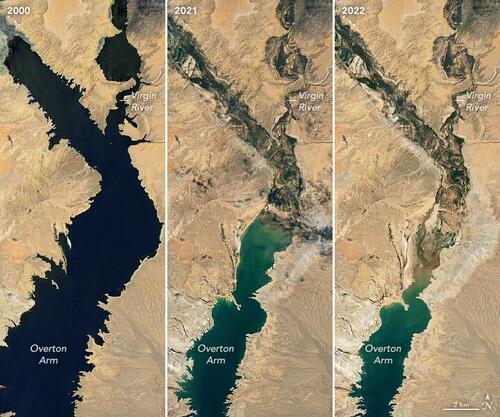 “We will likely find additional bodies that have been dumped in Lake Mead” as the water level continues to drop, Las Vegas Metropolitan Police Homicide Lt. Ray Spencer said in May.