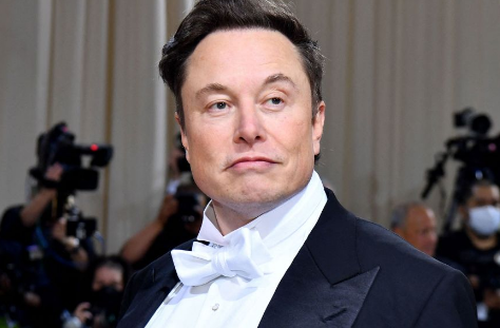 Elon Musk’s persona used to be what attracted many people to rooting for, or even buying, Teslas. But the CEO’s shift over the last few years from liberal wonderboy to conservative poster child – and his brash attitude – is starting to cost the company some of the goodwill it had stocked away.

Bloomberg wrote an entire piece about it this week, talking about how some former Tesla owners and “fanboys” have soured on the company thanks to Musk’s increasingly villianous public image.

One former self-proclaimed “fanboy” who bought a Tesla some years back said: “Over time, his public statements have really come to bother me. He acts like a seven-year-old.”

“If you take Mr. Musk and his antics out of the equation, I’m about 98% certain that my next car would be a Tesla. His antics put me in play,” he said.

Bloomberg rattled off Musk’s latest list of “accomplishments”, which includes his reported affair with Sergey Brin’s wife, his botched deal to buy Twitter, numerous allegations of sexual misconduct which Musk has denied and fathering children with one of his Neuralink employees.

Now, consumer surveys and market research are showing that Musk’s behavior is having a negative effect on the company.

A representative from the research firm Escalent found Musk to be the “most negative aspect” of the Tesla brand, stating: “We hear from Tesla owners who will say, ‘Look, I love my vehicle, but I really wish I didn’t have to respond to my friends and family about his latest tweet.’”

He continued: “We’ve seen among the early adopters more of a willingness to take risks or to put up with things that are out of the ordinary. We’re not seeing that as much with incoming buyers.”

Despite all of Musk’s antics and being faced with supply chain issues and the pandemic, Tesla has perservered, as has its stock.

But prospective EV buyers’ attitudes towards Musk don’t seem to be getting any better. One 48 year old in the market for an EV in California told Bloomberg: “Elon has just soiled that brand for me so much that I don’t even think I would take one if I won one. You have this guy who’s the richest dude in the world, who has this huge megaphone, and he uses it to call somebody a pedophile who’s not, or to fat-shame people, all these things that are just kind of gross.”

A 28 year old in Montana also looking at EVs told Bloomberg she had issues with Musk’s “cavalier attitude” toward autonomous driving: “We took Tesla off the table from the get-go. As consumers, our power is what we buy. I think younger generations in particular vote with their wallets, and I feel like that might come back to bite.”

And call us crazy, but we just can’t see Musk’s crazy antics on Twitter that everyone is talking about. As Board member Robyn Denholm once said, Musk uses Twitter “wisely”…