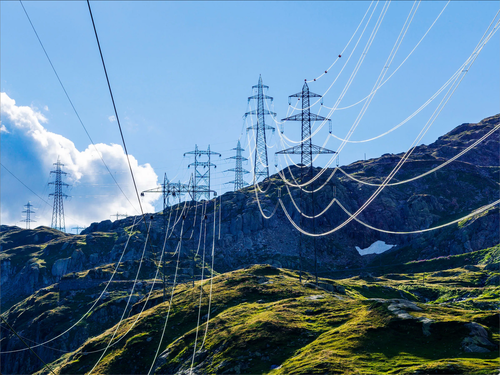 The U.S. might want to reconsider its energy transition after a surge in decommissioning fossil fuel power plants has outpaced new clean energy generation capacity, which has sparked the worst energy crisis in nearly five decades, one that is fraught with skyrocketing electricity prices and heightened risk of grid instability.

Grid operators have warned in the sweltering summer heat that blackouts are needed to rebalance supply and demand.

WSJ noted the proposed new legislation by Democrats to substantially reduce grid emissions in a $369 billion climate bill has been pitched to stabilize the grid but could take years to come to fruition.

“By a wide margin, this legislation will be the greatest pro-climate legislation ever passed by Congress,” Senate Majority Leader Chuck Schumer said. “This legislation fights the climate crisis with the urgency the situation demands and puts the U.S. on a path to roughly 40% emissions reductions by 2030, all while creating new good-paying jobs in the near and long-term.”

Even though the Biden administration despises long-term fossil fuel investments, officials in the White House have pushed for short-term production increases. President Biden’s policies have been designed to reallocate oil/gas investment to the green movement, making any investment in fossil fuels hard to stomach for investors.

The belief that a green transition is possible by encouraging divestments in oil/gas is the reason for the grid’s unprecedented challenge.

WSJ noted the heart of the problem of the faltering transition is the ability to replace conventional fossil fuel power with renewable energy, and large-scale batteries have hit a snag.

There was a time when it also seemed like it would be relatively easy to replace many fossil-fuel plants with renewable energy and large-scale batteries that store wind and solar power for use as fossil-fuel production declines.

These energy sources became much less expensive over the last decade due to more efficient production as well as government subsidies that made renewables more attractive for investors.

But as U.S. power supplies tighten, developers are struggling to build these projects quickly enough to offset closures of older plants, in part because of supply-chain snarls. -WSJ

It takes longer to approve their connections to the existing electricity grid. Such new requests neared 3,500 last year compared with roughly 1,000 in 2015, according to research from the Lawrence Berkeley National Laboratory. Typical time needed to complete technical studies needed for that grid approval is now more than three years, up from less than two in 2015. -WSJ

Some grid operators, such as the Midcontinent Independent System Operator Inc. (MISO), are already under strain and fear that they are swapping out on-demand coal- and gas-fired power plants for less reliable energy sources, such as solar and wind.

Greenify the power grid is impossible without a parallel system of fossil fuel generation to meet demand during peak hours.

“The transition may require some scaffolding, and that scaffolding may be some gas plants,” MISO Chief Executive John Bear.

California is the perfect example of decarbonizing its power grid and has already hit a roadblock with demand exceeding supply in the 2020 heatwave that triggered blackouts.

“You had too much capacity come off the market too quickly and now all the markets are scrambling for reliability,” said billionaire natural gas traderJohn Arnold.

The obsession by Democrats to push policy hellbent on destroying fossil fuel-powered grids with unreliable solar and wind has created the completely artificial energy crisis that is by design.

Perpahs it’s time to revisit the debate over nuclear power. It’s clean, reliable, and space-efficient compared with solar and wind.

The problem we see is an expectation that politicians can solve energy problems but have made grid stability worse and will be long-lasting.