What Happens When Work Doesn’t Pay 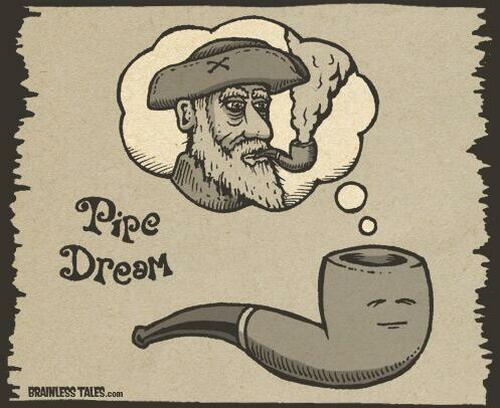 Authored by MN Gordon via EconomicPrism.com,

Now there comes a time
In every man’s life,
Where decisions have to be made
Whether to toil, to labor,
Or just plain piss
Your days away, away, away!

– Caught in a Jar, Dropkick Murphys

Jobs data reported this week by the Bureau of Labor Statistics show that, as of the last business day of June, there are 10.7 million job openings.  Hence, according to the numbers, there are many more available jobs than willing workers.

At the same time, the U.S. unemployment rate’s just 3.6 percent – near a five-decade low.  So, by the numbers, the economy is at full employment and still overflowing with jobs to be filled.

The U.S. economy couldn’t possibly be in a recession, given this robust and healthy jobs market, could it?

Not in the eyes of Treasury Secretary Janet Yellen, who recently stated the economy isn’t in a recession because, “job creation is continuing, household finances remain strong, consumers are spending and businesses are growing.”

Quite frankly, Yellen is flat out wrong.

Anyone who doesn’t work for the Biden administration can see the economy’s in a recession.  GDP data alone shows the economy contracted in both the first and second quarter of 2022.  The technical definition for a recession has long been understood to be two consecutive quarters of declining GDP.  So, by definition, the economy is in recession.

We’ll have more on the deficiencies of the U.S. employment situation in just a moment.  But first, let’s take a look at some real-time anecdotal evidence that jobs are the next shoe to drop.

In fact, when it comes to tech jobs, the freefall is gaining momentum.  For some young programmers, it’s an exhilarating ride…

Should You Be Here?

On a June 30 remote meeting, for example, Mark Zuckerberg announced he wanted to remove Meta (i.e. Facebook) employees who are “coasting” or low performers.  “Realistically, there are probably a bunch of people at the company who shouldn’t be here,” he remarked.

Many of Zuckerberg’s employees thought this was a real hoot.  New meme’s soon appeared on Workplace, including: “Coast, Coasters, Me,” a play on Meta’s recently introduced “Meta, Metamates, Me” mantra.

Other enterprising employees created posters for the walls at Meta’s headquarters asking, “Should you be here?” in bold, all-caps red letters.  “Look at this dude coasting,” wrote one employee above a picture of Zuckerberg hydrofoiling on a lake while holding the American flag.

Who knew the threat of pink slips could be so much fun?

Yet it’s not just Meta that’s looking to rid itself of coasters.  The Mercury News recently provided a partial cross section of the tech employment drop.  Here we further synthesize it for you:

Amazon, via attrition, now has 100,000 fewer employees than in the previous quarter.  Carvana Co., an online used car retailer, laid off 2,500 people in May, about 12 percent of its workforce.

Coinbase Global Inc., a crypto exchange, told employees it was cutting 18 percent of staff in June to prepare for an economic downturn.  Gemini Trust Co., a cryptocurrency exchange founded by Bitcoin billionaires Cameron and Tyler Winklevoss, the Harvard twins Zuckerburg rolled, announced a 10 percent staff reduction in June.  OpenSea, an NFT exchange, laid off 20 percent of its staff on July 14, due to an unprecedented “crypto winter.”

GoPuff, a grocery delivery app, is laying off 10 percent of its workforce and closing dozens of warehouses.  Netflix Inc., the streaming service pioneer, has already had several rounds of layoffs.  In the process, it has racked up $70 million in expenses from severances while losing an additional 970,000 subscribers.

Indeed, things have turned ugly for the once highflying tech sector.  But what about the employment situation in general?

Are the jobs numbers as positive as they appear?  Is this really an indicator of a strong economy, as Yellen claims?  Or is it pointing to a greater sickness?

David Haggith, publisher and editor-in-chief of The Great Recession Blog recently answered these questions, and more:

“Today’s job situation has nothing at all to do with a booming economy.  All those jobs are sitting there open because NO ONE WANTS THEM.  The people who once filled jobs like that don’t want to work.  That is not the sign of a strong jobs market.  It is the sign of a very sick job market.  What it means is that the labor market is no longer able or willing to supply labor.  That’s called “broken.”

“What you are really seeing is deep signs of stagflation.  Production is down because labor supply is way down.  Besides not being able to get parts and materials due to Covid- and sanction-related supply chain breakage, manufacturers also cannot get workers.  That means gross domestic production HAS to fall.  That means prices are likely to rise more due to scarcity.  That is a recession by definition, and when it happens when prices are rising anyway because of scarcity worldwide, then you have a stagflationary recession.

“The bottom line there is that, if workers don’t return to work, the ratio of producers to consumers will remain seriously deficient, which means there will not be enough goods or services for all of us who want to consume them, forcing prices to remain high, even as the economy shrinks….”

What Happens When Work Doesn’t Pay

You see what’s going on here, don’t you?

Government induced economic lockdowns taught low income wage earners an important lesson.  In today’s economy, work doesn’t pay.  As a result, more and more workers are choosing to piss their days away, over toil and labor.

Contrary to what Yellen says, the jobs numbers are signaling a weak economy.  The low employment rate and the abundance of job openings is actually driving consumer price inflation higher.  What’s more, the economy’s now tilted in such a way that will make the weeks and months ahead exceedingly difficult.

In a healthy economy, one that’s not operating under extreme levels of government intervention, supply and demand mismatches soon come into balance.  And high prices moderate.

But in an economy that’s been crippled by extreme fiscal profligacy and monetary madness, high prices cannot be efficiently dealt with.  In today’s case, businesses cannot find the workers they need to increase the supply of goods and services.  So as the economy contracts, consumer prices remain high.

Unfortunately, at this point, the only solution to high consumer prices is a severe 1930s-style Great Depression.  A garden variety recession won’t cut it.

A decade of high unemployment, declining GDP, and a dearth of good paying jobs will be needed to eventually stop inflation.  And to get there, the Fed will need to increase the federal funds rate by several hundred additional basis points.

We expect mass public and private defaults and bankruptcies, and a brutal stock and bond bear market, before the Fed is done.

This is a dangerous time.  The challenges investors are facing are massive.  And the stakes are high.  For this reason, I’ve dedicated the past 6-months to researching and identifying simple, practical steps everyday Americans can take to protect their wealth and financial privacy.  The findings of my work are documented in the Financial First Aid Kit.  If you’d like to find out more about this important and unique publication, and how to acquire a copy, stop by here today!]