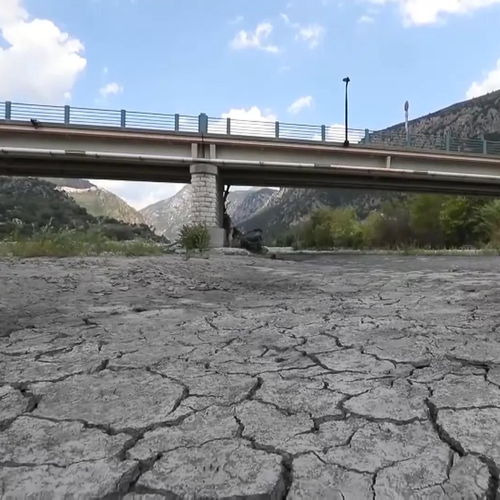 Severe drought conditions affect about 60% of the EU, and in France, dozens of municipalities have run out of water and relied on a fleet of trucks hauling fresh water for survival.

At least 100 towns and villages have run out of fresh water. The French government has stepped in to support these drought-stricken areas.

French environment minister Christophe Bechu said in dozens of municipalities, “there is nothing left in the pipes,” referring to freshwater systems that have run completely dry. He said the ‘historic’ crisis has resulted in the deployment of a fleet of trucks delivering water to areas in need.

Besides France, Spain, Italy, Germany, and the Netherlands are all facing water shortages and falling water levels on inland waterways (the situation on the River Rhine is one to follow). Drought conditions across 60% of the EU could have severe economic consequences, affecting energy production, agriculture, and river transportation. 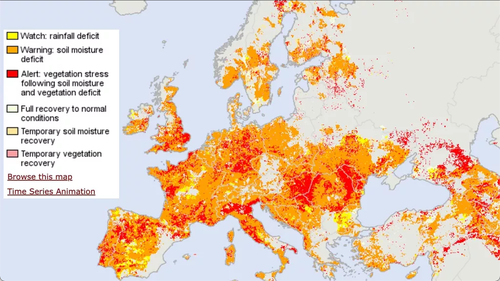 Record heat across Europe has fueled “increased fire danger due to the lack of rain and the resulting dry vegetation, combined with high temperatures,” the European Union’s Copernicus Climate Change Service noted.

In southwest France, a massive wildfire has scorched 14,000 hectares in just a few weeks, forcing the evacuation of thousands of people.

A new #wildfire has broken out near #Landiras, at the border between #Gironde & #Landes 🇫🇷, an area already affected by #fires in July

6,000 people have been evacuated

We’ve pointed out that French utility Electricite de France SA had to “reduce or halt nuclear output” because record-breaking heat on the Rhone and Garonne rivers made the water too hot to circulate through condensers and discharge back into waterways.

Meanwhile, French power prices are at a new record of over 600 euros per megawatt hour amid grid strains thanks to the lack of nuclear power generation amid heightened demand during heatwave. 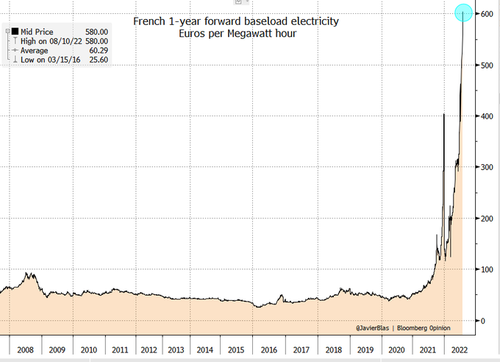 The bad news is the persistent heat wave is forecasted to continue in parts of western and central Europe through the second half of August.