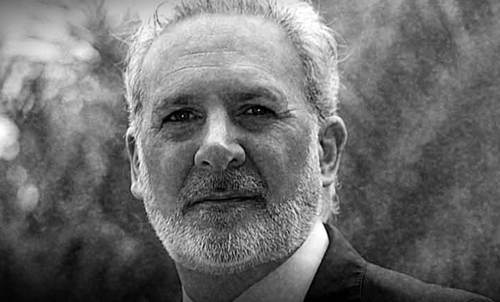 It looks as though the drama between Peter Schiff and Puerto Rican banking regulators has finally come to a close.

Schiff announced yesterday in a press release that the OCIF Commissioner, previously responsible for suspending operations at Schiff’s Euro Pacific Bank, had agreed to a settlement.

More importantly, Schiff noted that the Commissioner admitted during an exchange with reporters that there had been no conclusion drawn that Euro Pacific Bank had helped its clients commit money laundering and tax evasion, a baseless allegation that has followed Schiff for years, since the story that his bank was being investigated was first reported.

Schiff wrote in his press release:

First, I want to express my appreciation to the OCIF Commissioner for her honest admission made during her June 30th press conference. In response to a direct question from a reporter as to whether “Euro Pacific Bank helped its clients commit money laundering and tax evasion?” she replied “that is a conclusion that has not been made,” and that the actions taken were “solely based on the findings of the report of the examination.” She then expanded on her answer by reiterating that “the action is not based on claims of money laundering or other financial crimes.”

Schiff continued: “Her words and OCIF’s findings contradicted the false innuendo by the IRS agent and the other J5 representatives at the same press conference, as well as the defamatory hatchet job against Euro Pacific Bank and me produced by Australia’s Channel Nine in it’s “60 Minutes” program and Age publications. The settlement agreement further clarifies the Commissioner’s remarks made during the press conference that the liquidation of the bank is based on its having insufficient regulatory capital.”

From there, he announced a settlement with the regulator for an “orderly liquidation” of the bank, which would return 100% of all deposits to its customers.

“The settlement agreement confirms that according to the trustee’s calculations, as of June 30th, the date the bank was placed into receivership, it held “an excess cash position to cover all deposits.” That is because the bank never loaned out any of its deposits. Since the bank also has no debt, after depositors are made whole, the plan will seek to pay all outstanding bills and other contractual obligations of the bank in full,” Schiff wrote.

As part of the settlement, Schiff admits to no legal wrongdoing. He says he is liquidating the bank because “continuing to own and operate the bank myself is no longer a financially viable option, given my wrongfully tarnished reputation in banking”.

“I have agreed to lead the orderly liquidation of the bank as the only feasible option available. I chose to settle this case, including the payment of a monetary sum, because, as is the case with any settlement, I just want to want to put this matter behind me and move on,” Schiff concluded.