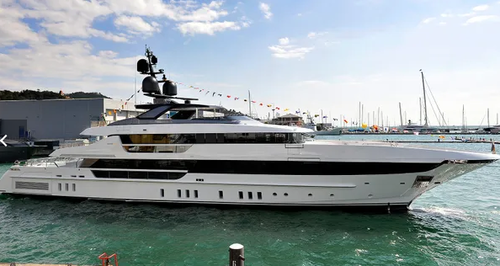 That was the lesson learned by founders of the now defunct Three Arrows Capital, Su Zhu and Kyle Davies after shopping for a $50 million yacht.

The lesson was learned after the firm’s founders showed off photos of the yacht at parties, calling it “bigger than all of the richest billionaires’ yachts in Singapore,” according to a new article by Intelligencer.

They were commissioning the well-established boat builder Sanlorenzo to build its largest ever yacht to be sold in Asia. The 3AC founders, in a nod to dogecoin, decided to call the yacht “Much Wow”.

The manufacturer said of the sale last year: “It represents the beginning of a fascinating journey.”

And it sure did: straight to bankruptcy court.

Three Arrows Capital collapsed this year after bitcoin’s plunge from over $60,000 to $20,000. The implosion was cited as “a result of both recklessness and likely criminal misconduct,” by the report.

And the yacht that Zhu and Davies were excited to sail on was all of a sudden abandoned on the Italian Coast, even before the final payment was made on it. Now, word is making its way through the yacht community that it is going to be back up for sale.

As it should be, the yacht “as since become the subject of endless memes and jokes on Twitter,” Intelligencer writes.

The money from 3AC now “appears to be gone,” the report writes, “along with the assets of several affiliated funds and portions of the treasuries of various crypto projects 3AC had managed.”

And while the true scale of the losses may never be known, as the article points out, at least former clients don’t have to see their firm’s founders sailing the Mediterranian on a yacht they helped pay for.

You can read the full write up on Zhu and Davies here.