How Water Powers The World 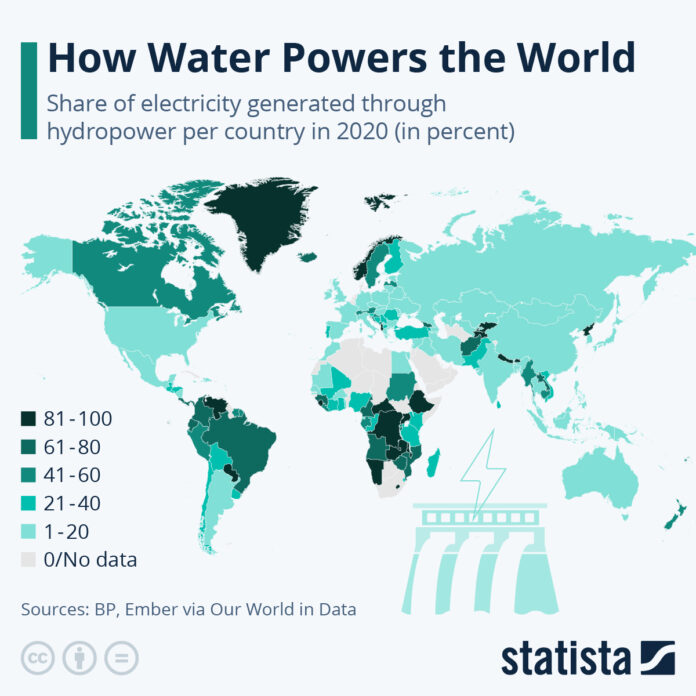 Discussions about the relevance and viability of renewable energy are often limited to solar and wind, two types of power sources that have risen to prominence since the turn of the century.

Hydropower and its role in certain countries’ electricity generation are often overlooked, even though even so-called developed nations like Norway, Austria and Canada generate sizeable shares of their electricity via hydropower plants.

However, as Statista’s Florian Zandt shows in the inforgraphic below, based on data from BP and Ember collated by Our World in Data, Africa and Latin America and the Caribbean, in particular, rely heavily on water power. 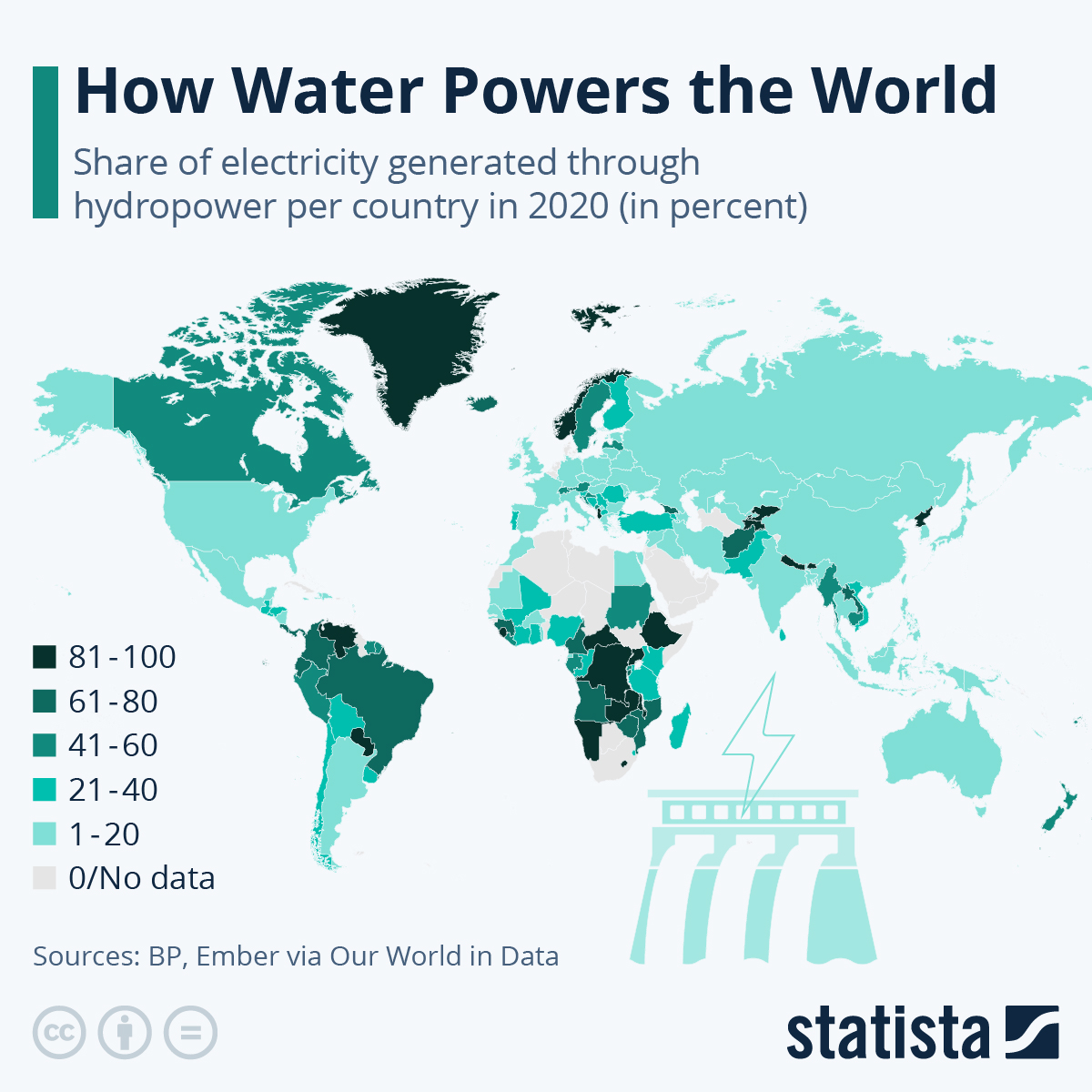 For example, the Central African Republic, the Democratic Republic of the Congo, Lesotho or Ethiopia generated almost 100 percent of their electricity with hydropower in 2020. The latter started construction on the Grand Ethiopian Renaissance Dam in 2011, a project expected to produce 5.15 gigawatt once finished, making it the biggest dam on the continent.

In the southern half of the Americas, Venezuela’s electricity mix consisted of 82 percent water power owed in no small part to the Guri dam with its installed capacity of 10.2 gigawatts. Ecuador, Guinea, Costa Rica and Panama also primarily rely on hydropower for electricity with shares of 78, 71 and 66 percent, respectively.

When looking at the total energy mix, hydropower takes a backseat to emission-heavy fossil fuels. In 2019, it amounted to a share of just seven percent worldwide, according to Our World in Data. Due to the high reliance on oil and gas for heating and transport, it’s unlikely this centuries-old power source will become a contender in primary energy generation. Generating power via methods like hydroelectric dams also has other drawbacks. Funneling rivers into reservoirs can impact the habitats of some aquatic species and upset the balance of river ecosystems, as well as necessitate rehoming of residents dependent on said rivers.