Blain: What If We’re Looking At All The Wrong Things? 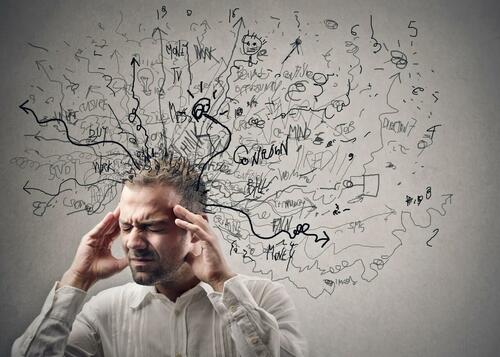 “Look not to the Sword waving around to your front, but the Stiletto threatening your kidneys..… “

Everyone is balancing inflation, economic numbers and this week’s Jackson Hole Central Bank schmooze-a-thon to guess markets. What if we are looking at the wrong things – and economic divergence, income and wealth inequality and unravelling domestic politics are the critical factors?

This week will apparently be all about inflation and deciphering new economic data to predict the path of the Global Economy and Stagflation risks. The big event will be the Jackson Hole central bank gabfest – anticipating what Jay Powell will say about the US Economy and the Fed’s perception of the required pace of rate hikes to counter inflation. His comments will have massive implications in terms of perceptions of bond markets, currencies, and company outlooks.

The ongoing battle vs Inflation has more than a few market watchers warning the July/August rally feels premature! Among the points that worry them is the reality of inflation numbers – even though the number (in the US) is apparently declining, it means prices are still rising and inflationary tension are still being stoked! It’s still unclear just how solid the short-recession rally is, or is it just a bear-trap?

More and more investors believe its policy mistakes – from the ultra-cheap interest rate policy of the 2010s, QE and government pandemic policies, to government failures to address critical responsibilities like energy security, that have created the best market opportunities in recent years. And they are absolutely right! The right way to have read markets is to game what central banks and governments are doing, and place your chips accordingly!

From 2010-2021 the simple trade was to buy everything and anything because money was mispriced by central banks, making even the most schizoid stock sound look relative value. Level 2 was to buy coal, oil and gas because ill-thought out polices and ESG wokery was creating chronic energy insecurity. What is Level 3? Work out what the next big series of policy mistakes are going to be… and I suspect it will mean playing central bank recovery policies – ie when real economic and wage inflation, global recession and economic unrest require them to press both monetary and fiscal easing.

When? Sooner than we think…

And to make it even more confusing… What if we are watching all the wrong things?

The UK, Europe and the US – the Occidental West, and China are all headed on different economic trajectories. While we can probably be relatively confident the US economy will bounce out of recession pretty quickly, allowing the Fed to normalise interest rates and look to stabilise its growing economy in what will be recessionary global economy (Buy Dollars), the outlook for Europe is dire. The UK? Let’s not even go there.

And China? Its easing rates. Change is coming. A rising economic crisis is brewing:

As for Europe… As Gas prices threaten outages and crisis, Germany is still going to shutter its Nuclear plants this winter. That makes a ton of sense. Not.

Meanwhile, back in Blighty…  UK dockers have just started a potentially crippling container port strike that could exacerbate supply chain, logistics, and inevitably trigger empty shelves and a run on bog-roll. Damn these 1900 striking dock workers! How very dare they complain… Revolting just because they will see their post-tax disposable income cut by £2000 (say 10% of income) this year by rising energy bills… How dare they ask for more….! Ungrateful tykes, having being offered an exceptionally generous £500 one-off bung and an effective pay cut?

I don’t hear many folk outraged by news the average take-home pay of FTSE100 bosses has hit £3.4mm, up nearly 40%, according to the High-Pay think tank reported in the Times of London this morning. The top 224 FTSE executives earned £720 million in 2021. The Chief Exec of a mining firm trousered £23 million for CEO-ing its mining operations in havens of wealth like Burkina Faso – where I hear the local miners’ private health care packages are exceptional. (US readers – Sarcasm alert.)

Much to my surprise, I was reading Young Conservatives (all six Tory party members under the age of 50), are disappointed Liz Sunak and Rishi Truss utterly failed to address the crisis in income inequality and the dearth of opportunity for young people in the Tory leadership whatever it is… coronation parade/contest?

Readers will not do doubt be surprised Dock Workers are unhappy with their pay cut offer. How can the nation possibly afford to give inflation busting wage rises to all key workers? If you pay the dockers, then the railwaymen will demand more! Even barristers are threatening strike action in pursuit of higher pay.

Unfortunately the drivers of wage inflation – be it FOMO, or relative income, or the perceived income injustices now perceived between older and younger workers – have already infected the whole economy. They are socio-economic forces that don’t give a fig for conventional political economy approaches. Solving them – will get messy.

How to solve or address out-of-control pandemic wage-inflation? I have simply no-idea – except that extraordinary times require extra-ordinary measures.. Hence I expect Governments will be forced to change tack and look at reflation in an inflationary environment.. Hang on to your hats…

I warned months ago the real danger of inflation is not just rising prices, or the difficulties it causes for both production costs and consumer affordability, but the unpredictable and potential chaotic social effects it could trigger. Rather than nations being able to grow their way out of a stagflationary crisis through job creation, an unexpected consequence will be worker scarcity: “why should I struggle into work on minimum wage, pay £1000 in monthly rent, have no savings, no holidays and no security, just so the bosses can have a great time?”

UK, German, Italian and US politics – watch them all. They all have a strong likelihood of spoiling your day in coming weeks. Bad politics have immediate and long-term consequences.

I am repeatedly told Donald Trump will not be the Republican Candidate in 2024, that too many Republicans now see through him, and the dismal showing of his candidates in US mid-term poling mean The Donald is set to cost his captured party potential majorities in the US Senate and Congress. The more I hear it, the more I fear it will happen – and the consequences for global trade, alliances, the environment, war, peace and everything will evaporate..

Yet, Trump is just another highly visible market risk. The issue is who and what is hiding in his coat-tails? Who are the US political names we don’t yet know who will emerge on the back of his philosophy in coming years to further bend and confound the US political process and its place on the world economy? Donald Trump may yet prove to have been a brilliant political figure, but only because he opened the door to legions of political wanabees much worse than himself!

My earnest hope is a return to sanity in Washington – but, as said so many times before – Hope is Not A Strategy. But Chaos is also opportunity!

California Gasoline Is Now More Than Double The Price In Texas