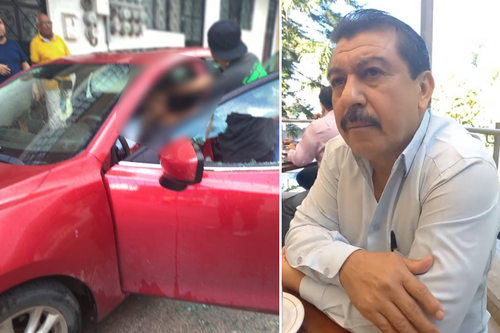 A Mexican journalist was shot dead Monday afternoon in Southern Mexico right after making a Facebook post about the 2014 disappearance of 43 students from a nearby area, the International Business Times reports.

Fredid Román, whose work was published on various social media platforms as well as a local newspaper, was found dead in his car in the capital of Guerrero state, Chilpancingo, according to the local prosecutor’s office. Román, who had a program focusing on politics called “The Reality of Guerrero,” became the 15th media worker to die in the country this year. The country is now considered the most dangerous in the world for reporters outside a war zone, CBS News reports.

The 43 students went missing in 2014, after commandeering a bus to attend a protest. Their presumed murder is considered one of the worst human rights disasters in Mexican history. In September 2014, the students, from a teacher’s college in Guerrero, were traveling in two buses they had commandeered to stage a protest in Iguala, a city two hours away by car, as reported by CNN.

Sometime between the night of September 26, 2014 and the following morning, the buses were intercepted by local police and the federal military forces in Iguala, according to authorities at the time. The bullet-riddled buses could later be seen in the city’s streets.

The windows had been shattered by the bullets and there was blood everywhere. And 43 students had gone missing. Other students who were on the buses later spoke of a night of horror. Armed police officers and soldiers stopped the buses and suddenly opened fire, they said. -IBT

Nobody knows what happened to the students, while the Mexican government concluded that they were taken into custody and handed over to the local Guerreros Unidos (“United Warriors”) drug cartel, which likely killed them. The remains of three students were discovered and identified.

“There is no evidence that they are alive,” said the deputy director of Mexico’s Human Rights Commission, Alejandro Encinas of the missing students. “To the contrary, all testimony and evidence suggest they were cunningly killed and disappeared.”

The case was forced back into the spotlight last week when a truth commission branded the atrocity a “state-sponsored crime” that involved agents of various institutions. Roman was the founder and editor of La Realidad de Guerrero, a news page reporting on local events.

Hours before Román’s death, he posted a lengthy Facebook report titled “State Crime Without Charging the Boss,” in which he mentions an alleged meeting between four officials when the students disappeared, including former Attorney General Jesus Murillo Karam – who oversaw the cover-up of the students’ disappearance. He was arrested after the publication of a report by the truth commission last week, amid the issuance of dozens of warrants for suspects – including military personnel, police officers and cartel members.

Roman’s death came just one week after independent journalist Juan Arjón López was found bludgeoned to death across the border from Yuma, Arizona in the northern border state of Sonora.