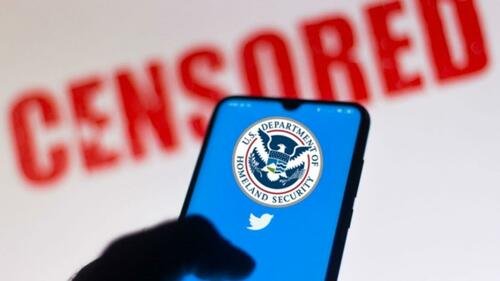 Over the course of 110 pages in a federal complaint, that one descriptive word seemed to stand out among the exchanges between social media executives and public health officials on censoring public viewpoints. The exchange reveals long-suspected coordination between the government and these social media companies to manage a burgeoning censorship system.

Twitter just reportedly suspended another doctor who sought to raise concerns over Pfizer Covid records. Former New York Times science reporter Alex Berenson is also suing Twitter over his suspension after raising dissenting views to the CDC. In the meantime, Twitter is rolling out new procedures to combat “misinformation” in the upcoming elections — a move that has some of us skeptical.The recently disclosed exchange between defendant Carol Crawford, the CDC’s Chief of digital media, revealed a back channel with Twitter and other companies to censor “unapproved opinions” on social media.  The “tricky” part may be due to the fact that, during that week of March 25, 2021, then CEO Jack Dorsey was testifying on such censorship before Congress and insisting that “we don’t have a censoring department.”

The exchange is part of the evidence put forward by leading doctors who are alleging a systemic private-government effort to censor dissenting scientific or medial views. The lawsuit filed by Missouri and Louisiana was joined experts, including Drs. Jayanta Bhattacharya (Stanford University) and Martin Kulldorff (Harvard University). Bhattacharya objected this week to the suspension of Dr. Clare Craig after she raised concerns about Pfizer trial documents.

Those doctors were the co-authors of the Great Barrington Declaration, which advocated for a more focused Covid response that targeted the most vulnerable population rather than widespread lockdowns and mandates. Many are now questioning the efficacy and cost of the massive lockdown as well as the real value of masks or the rejection of natural immunities as an alternative to vaccination.      Yet, these experts and others were attacked for such views just a year ago. Some found themselves censored on social media for challenging claims of Dr. Fauci and others.

The Great Barrington Declaration was not the only viewpoint deemed dangerous. Those who alleged that the virus may have begun in a lab in China were widely denounced and the views barred from being uttered on social media platforms. It was later learned that a number of leading experts raised this theory with Fauci and others early in the pandemic.

Fauci is accused of quickly scuttling such discussion and critics point to his own alleged approval of gain-of-function research at the Wuhan lab. Fauci and other leading experts now admit that the lab theory is a real possibility, even if they do not agree that it is the best explanation.      Social media companies like Facebook declared that the previously banned “conspiracy theory” would now be allowed to be discussed. Yet, some in the media continued to push the media to avoid discussing it. The New York Times science writer Apoorva Mandavilli declared theory “racist” even as Fauci and others were saying that it is now considered a possible explanation.

Indeed, many of the views that the media attacked as conspiracy theories or debunked are now again being seriously considered. That includes claims of adverse responses to the vaccines, natural immunity protection, and the psychological costs from masking or isolation, particularly among children. None of these views are inviolate or beyond question — any more than the official accounts were at the time. Rather, they were systemically “disappeared” from social media – pushed to the far extremes of public and academic discourse.

The First Amendment is designed to prevent the government from censoring speech. While the new lawsuit will face legal challenges, it has already forced previously unknown government-corporate coordination into the public view.      While the CDC now admits that it made serious mistakes during the pandemic, it allegedly worked with companies to ban opposing views. Those who sought to raise these experts found their accounts suspended.

That brings us back to the “tricky” part.

That week, Dorsey and other CEOs were to appear at a House hearing to discuss “misinformation” on social media and their “content modification” policies. I had just testified on private censorship in circumventing the First Amendment as a type of censorship by surrogate. Dorsey and the other CEOs were asked about my warning of a “little brother problem, a problem which private entities do for the government which it cannot legally do for itself.” Dorsey insisted that there was no such censorship office or effort.

The new lawsuit sheds new light on that testimony. It now appears that the CDC was actively feeding disapproved viewpoints to these companies, including a list of tweets that the CDC regarded as misinformation. In one email, Twitter senior manager for public policy Todd O’Boyle asked Crawford to help identify tweets to be censored and emphasized that the company was “looking forward to setting up regular chats.”

Facebook also received lists of “offensive” posts to be “dealt with.” Facebook trained government officials in using its “CrowdTangle” system used by “health departments [to] flag potential vaccine misinformation” to allow the company to review and possibly remove it. It added that “this is similar to how governments and fact-checkers use CrowdTangle ahead of elections….”

That was another eye-raising reference since these companies were criticized for killing the Hunter Biden laptop story before the election. The story was blocked as presumed “Russian disinformation,” a move that Dorsey admitted in the March hearing was a mistake. Now, a year later, story is accepted not just as legitimate but potentially a serious threat for the Biden Administration.

Whatever the outcome of the litigation, the filing raises, again, whether our concept of state censorship and a state media are outmoded. The last few years have seen a striking uniformity in the barring of certain political and policy viewpoints, including dissenting medical or scientific views that could potentially protect lives. That occurred without any central ministry of information or coercive state laws. It was done by mutual agreement and shared values between the government and these companies.

What was not known were the moving parts in what has been arguably the most successful censorship system in our history. To some extent, no direction was needed beyond the periodic announcements of figures like Fauci or the CDC, which were treated as gospel and not to be challenged. Even when Fauci was criticized for reversing himself on key issues like the wearing of masks or their efficacy, it did not change the concerted effort to suppress opposing views.

The “tricky” part for the public is how to deal with the circumvention of the First Amendment in a system of censorship by surrogates. Outsourcing the suppression of opposing views threatens the same core values in our government. Just as the CDC overstepped its bounds in mandatory moratoriums on evictions, it should not be allowed to exercise control over free speech, directly or indirectly. It’s mandate to ensure “a Healthy World–Through Prevention” should not apply to unhealthy thoughts.