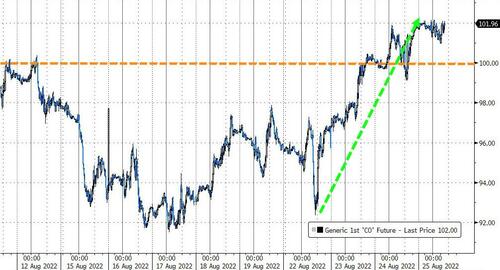 Saudi Arabia’s recent verbal intervention in the oil market is all that was needed to tip the odds in the bulls’ favor, propelling Brent futures back around the $100 mark. If nothing else, this sends a clear message to the market: for the Saudis, that’s the appropriate floor for the global crude benchmark.

There had recently been a tug of war between the bulls and the bears in the market. Along with thin liquidity during the summer, Brent fell to around $91 from ~$110 in a matter of weeks. For the bears, this shift in sentiment was overdue as demand destruction became the likely outcome of slowed global economic growth. We’ve already seen evidence of subdued fuel demand out of China, and prospects of Iranian oil streaming through the market again alleviated concerns about tightness in the market.

But for the world’s largest crude exporter, the downward disconnect between prices and the physical market made little sense. Saudi Arabia’s oil minister said on Monday that the “self-perpetuating vicious circle” of thin liquidity and extreme volatility that the paper oil market has fallen into is undermining the market’s efficiency. He also said that the market is “in a state of schizophrenia” and thus OPEC+ may be forced to cut oil production.

The unusual intervention, as Javier Blas puts it, is one for history books. 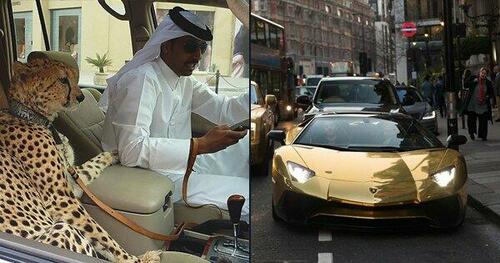 Saudi Arabia’s preference for oil heading up, not down, is not particularly new.

When Russia’s annexation of Crimea rattled markets in 2014, Ali Al-Naimi, the Saudi oil minister at the time, famously said:

“One-hundred dollars is a fair price for everybody – consumers, producers, oil companies […] It’s a fair price. It’s a good price.”

What’s new, however, is the country’s willingness to cut supply at a time when the physical market remains thinly stretched. OPEC watchers from those days will remember Al-Naimi’s whimsical spirit, but more so the stance the country had:

Now, when we’ve again got a Saudi oil minister that relishes trading barbs with the market, that sentiment appears even more true: Yes, the world not only likes Saudi oil but needs it.

Europe is casting about for any substitute for Russian energy it can get its hands on this coming winter, including nearing an agreement with Iran in nuclear talks. Saudi Arabia has simply reminded the market that there’s a price for everything. And that is Brent at around $100. Lo and behold, traders have heeded, putting the 23-nation alliance back in the driver seat once again.