“Why Is The Euro So Weak” Is The Wrong Question 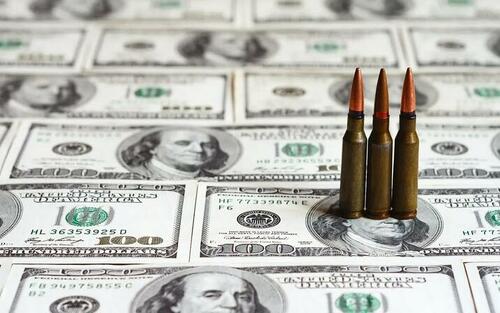 By Russell Clark, published originally in the Capital Flows and Asset Markets substack

Why is the Euro so weak? The Russian invasion of Ukraine, and the associated squeeze on gas supplies to Europe is the most common reason given. It is true that the implication is that Europe needs to spend more on defence, and has uncompetitive energy costs now. You have also seen a deterioration in the trade balance.

The problem I have with that analysis, is that it is not playing out in cross rates. If energy supply was the big driver, then I would expect the Euro to be collapsing against both the Norwegian Krone or the Great British Pound as their North Sea supply of energy become more strategically important. In both cases the Euro has weakened slightly, but remains much strong than pre GFC days. 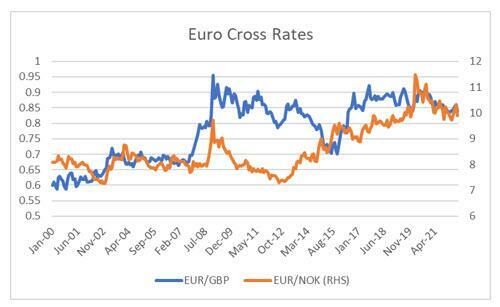 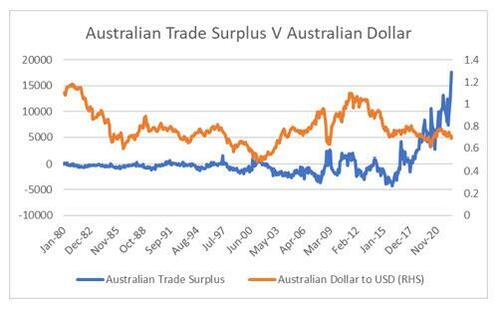 Sometime you hear people explaining Euro weakness is due to its unwieldy political structure, and its eventual political implosion (very popular argument of the political right). Again the problem with this argument is that the Euro has been very strong over the last 20 years versus both pound sterling and Norwegian krone. It should also imply Euro weakness against Japan, a single unified nation with none of the political problems of Europe. But when we look at EUR/JPY cross rate, the Euro has strengthened considerably against the Yen this year – or probably more correctly, the Yen has been very weak indeed. 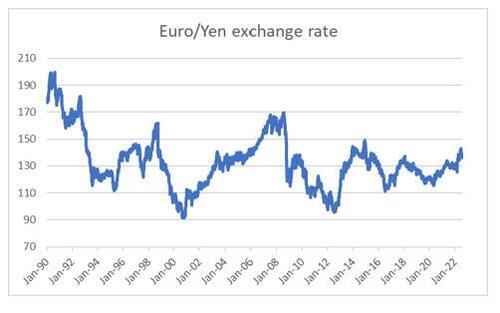 This leads me to ask the question, could Yen weakness be driving Euro weakness?

Certainly Germany and Japan compete head on in many machinery and other related products. Korea which is much more a direct competitor to Japan has also seen its currency quietly tank to post GFC lows. 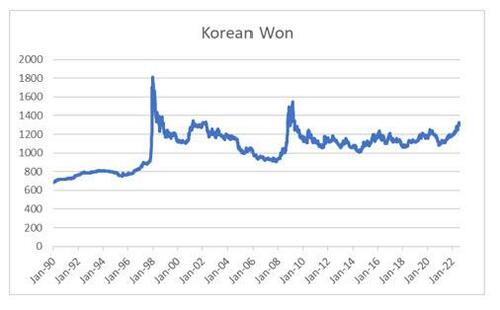 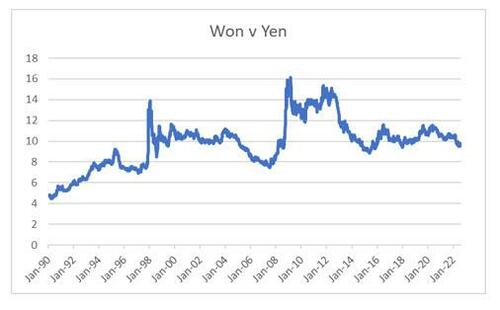 So why is the Yen weak now? Japan has maintained ultra loose policy, while the rest of the world has backed away from much of the QE policies. And a weak Yen is not as deflationary as it used to be, given the rise in China as the dominant exporter and commodity importer. The question then, is when does the Yen rally and the US dollar weaken? There are two possibilities, the Federal Reserve pivots dovishly. Given recent policy announcements out of the Biden Administration, that seems unlikely. The other possibility is when the BOJ comes under political pressure to raise rates. I hear rumblings of complaints against BOJ policy – but I have no strong insight on when change might come. So what do you do if you trade currencies, but uncomfortable holding the USD at these levels? My best idea is to own Swiss Franc. The Swiss Franc has spend ten years at is current level versus the US dollar, despite having a long glorious history of appreciation versus the US dollar. Given inflation in the US, Swiss Franc does not look at expensive as it used to. 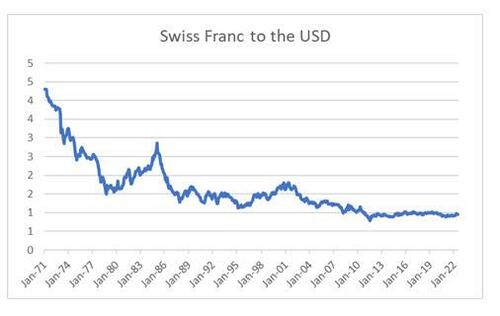 The Swiss unlike the Japanese, have begun to tighten monetary policy. This has reduced the holding cost to a comparable level to holding the Euro. 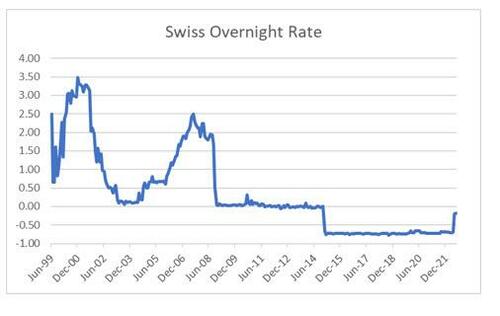 Also unlike Eurozone, Switzerland has maintained a trade surplus. 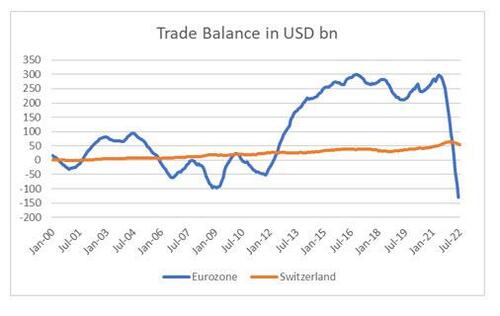 I see dollar strength being driven by Yen weakness, which has been driven by BOJ’s continued commitment to stimulus. For currency traders looking for a short dollar position, Swiss Francs looks your best bet for the time bein