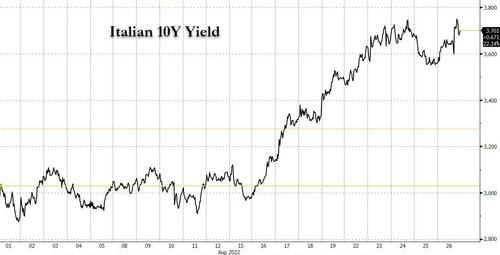 One never forgets that smell of an Amtrak coach car at 5 am – rumbling into Manhattan. At the wise old age of 18, the bags were packed for a long journey with most of my worldly possessions in tow. Coming into New York for the first time with no parents – no siblings, was a very big day indeed. When the train stopped at Penn Station, I could hardly wait to get off. It was a feeling of heart-pounding excitement with every step. With dreams, goals, and opportunities everywhere, the only thing missing was the free lollipops and candy canes. The next thing I knew, this nice gentleman with a blue coat, gold cufflinks, and even a pressed handkerchief in his top right pocket approached me. “Let me help you with all that luggage, young man. If you ́re hungry, the best 24-7 diner in this part of town is right over there.”

Famished, I glanced over toward the restaurant. Now turned around – in a full 360, I looked down and all my bags were gone with that man into a mob of humanity. Robbed right out of a scene from Trading Places, welcome to the big city.

On Friday, nearly every human being on earth with capital to invest had their eyes on the Fed. It was a “look here”, “NOT over there” kind of day. Steve Jobs always said – “it’s the scar tissue from mistakes that keeps us focused on all the pieces across the chess board – NOT just one or two.”

Surprise, the biggest news by far out of Jackson hole was coming out of the ECB NOT the Fed – who would have guessed? As the day moved on Friday, it was clear Don McLean ‘s “American Pie” was longer than Jay Powell’s torpedo of a speech – BUT more and more clients we respect in the live chat on the Bloomberg terminal – kept pointing to Europe as the driver of U.S. equity volatility.

For most of the last 10 days, even with the much talked up “China economic slowdown” and a surge in recession certainty in Europe – global bond yields kept moving higher. In just a few weeks, Italian 10s marched from 296 to 370bps.

Since Q4 2020, negative yielding bonds on the planet have plunged from $18T to almost $2T, and much of those are in Japan.

Sovereign credit risk is on the rise in Europe – we have the ECB on September 8, the Fed on the 21st, and the all-important Italian elections on the 25th. The ECB has yet to pick its poison:

On August 11th – we distributed our largest – take down risk – “high conviction” trade alert sell since February of 2020, eleven positions with new shorts on the Nasdaq. U.S. equities have been priced for an American economy on Mars or Venus, NOT Earth. Into this mess – we have a Fed that is expected to do $1T of QT over the next 12 months, NO way. Bullish gold. 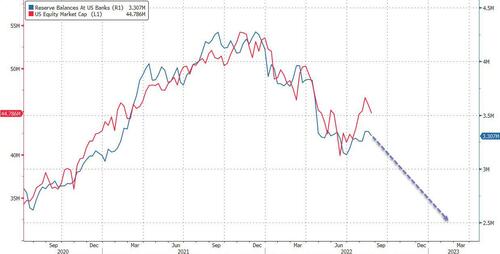 Bottom line: Near term inflation expectations are coming down with economic risks on the rise and a still hawkish Powell. The Fed is talking a tough game but risks a Lehman like event in Europe. Our highest conviction call looking out 6-9 months – is long the gold miners – GDX names GOLD, NEM, AEM.