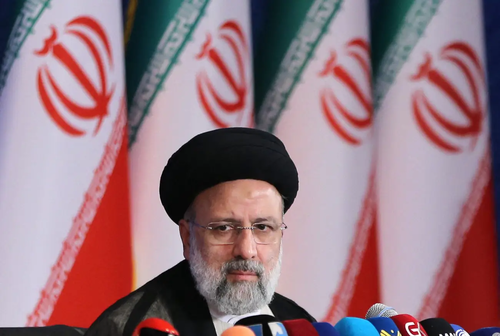 Iran has issued an ultimatum which further suggests that at a moment a restored nuclear deal is reportedly at the ‘finish line’ (or hanging by a thread, depending on the source) – it could be on the brink of unraveling in this final crucial stage.

This has been a key demand of the Iranian side particularly over the past months, but the US and its ally Israel in the background have claimed the withdraw of inspectors will only more easily allow the Islamic Republic to pursue a covert nuclear weapons program under cover of a restored JCPOA.

The IAEA has long demanded answers after man-made uranium particles were found at undeclared sites inside Iran. President Ebrahim Raisi addressed this in his Monday speech:

As a member of the Nuclear Nonproliferation Treaty, Iran is obligated to explain the radioactive traces and to provide assurances that they are not being used as part of a nuclear weapons program. Iran found itself criticized by the IAEA’s Board of Governors in June over its failure to answer questions about the sites to the inspectors’ satisfaction.

Raisi mentioned the traces — referring to its as a “safeguards” issue using the IAEA’s language.

“Without settlement of safeguard issues, speaking about an agreement has no meaning,” Raisi said.

Thus his words point to an agreement on the “final text” being anything but a done deal.

Iran has started enriching uranium with one of three cascades, or clusters, of advanced IR-6 centrifuges recently installed at its underground enrichment plant at Natanz, a report by the U.N. atomic watchdog to member states seen by Reuters said on Monday.

Iran is using the cascade of up to 174 machines to enrich uranium to up to 5% purity, the confidential report said.

Critics of the negotiations and a restored JCPAO will be sure to pounce on this, particularly at a moment that top Israeli officials are in Washington seeking to lobby the White House against a deal.

Meanwhile, Iranian state media is reporting that Tehran is still reviewing Washington’s response to the ‘final text’ after the EU delivered it last week, and is not expected to give formal reply until Friday, September 2.