The “Experts” Still Aren’t Giving Up On Vaccine Mandates 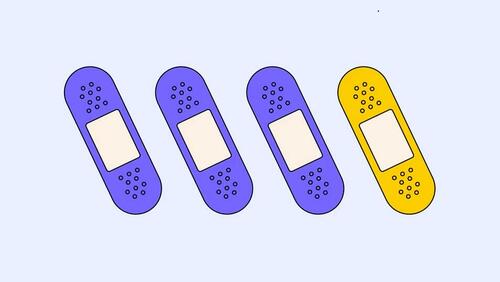 Via The Mises Institute,

[Dr. Gilbert Berdine of the Texas Tech University Health Sciences Center and Ryan McMaken discuss the policy makers’ justifications for vaccine mandates over the past two years. Will any of these policy makers admit to any mistakes?]

Ryan McMaken: The Centers for Disease Control and Prevention (CDC) earlier this month greatly scaled back its recommendations for quarantine and social distancing. It also now makes the same recommendations “regardless of vaccination status.” In other words, the CDC now apparently does not regard vaccinated people as any less a public health risk than the unvaccinated. What does this tell us about where we are right now with the value of vaccination mandates as public policy at this point?

Dr. Gilbert Berdine: The vaccine mandates were based on assumptions. It was assumed that the vaccine prevented infection and transmission of virus. The mandates were justified as protection of vaccinated people from the unvaccinated. The new CDC policy recognizes that this assumption was incorrect. The CDC concedes that natural immunity from prior exposure to the virus is at least as effective as vaccination in preventing subsequent infection. The CDC concedes that vaccinated people are at least as likely to spread disease as unvaccinated people. The new policy also recognizes that at this point in time the vast majority of people have been exposed to viral antigen either by natural exposure or vaccination. Given our current knowledge about covid-19, the CDC can no longer justify a vaccine mandate at present based on protecting the public from unvaccinated people.

RM: Yet, the US government is still imposing vaccine mandates. The US military bureaucracy is still threatening to force out service members who refuse vaccination, and tennis player Novak Djokovik apparently can’t enter the country without proof of vaccination. What is the scientific basis for this?

GB: There is no scientific basis for a vaccine mandate. Unvaccinated people pose no risk to vaccinated people. The CDC admits this to be the case. The only possible justification for a vaccine mandate is a paternalistic argument that people need to be protected from their own decisions. Free people should not be treated as pets. This leads into the next question as to whether there is scientific evidence that the vaccine saves lives.

RM: In the past, you have noted that the public health benefit of the mandates has always been very limited, and an enormous number of vaccine doses has been necessary to prevent a small number of deaths. Is this still the case?

GB: I have previously noted that a very high number of vaccinations were required to prevent a single death when the vaccines were first made available based on the original Pfizer trials. The efficacy of the vaccine in preventing hospitalization from covid, ICU care for covid, and deaths attributed to covid has declined over time, so the number to vaccinate to prevent a death are higher than when I reported on this issue. At the time the vaccines were introduced, the risks were unknown given the small number of people in the trials. We now have data on adverse events from the vaccine. The VAERS database was created to detect adverse events from new vaccines that were missed during initial trials. Yet, the overwhelming signal coming from the VAERS database has been ignored. The life insurance industry has made public that deaths in 2021 were far above expectations from actuarial data. The CDC reports large numbers of excess deaths in 2021 that have persisted during 2022. These excess deaths cannot be explained by covid infection. Respiratory deaths have been average ever since approximately July 2020. It is cardiovascular deaths that are unexpectedly and unexplainably high. These cardiovascular deaths include strokes, heart attacks, sudden deaths attributed to arrhythmias, and congestive heart failure including unexpected cases of myocarditis. There have been numerous claims that the vaccines are responsible based on regression of mortality rates vs. vaccination rates. The CDC has the data to either confirm or reject the vaccine as a cause of the excess deaths, but the CDC refuses to release the data to the public.

RM: Now that the Pfizer and Moderna vaccines have been around for nearly two years, has the federal government shown any interest in evaluating the efficacy of these vaccines or the problem of side effects? Surely, we know much more now, but do you think the federal government give a fair hearing to negative information about the effects of the mandates?

GB: The control group in the original vaccine trials were eliminated after 90 days. Everyone in the trial received the vaccine. There is no control group to monitor for long term adverse events. The excess deaths in 2021 that have persisted into 2022 are probably the biggest medical story at the current time, yet the CDC seems uninterested in finding an explanation. The CDC has the data that would either confirm or exclude the vaccine as the cause of these excess deaths, yet the CDC refuses to release this data. In my opinion, both the CDC and the Food and Drug Administration have failed to be scientific organizations that protect the public from medical harm. Both organizations have become political in nature. This was a criticism of public funding of scientific research made by John Galt in the novel, Atlas Shrugged, and the prediction has become reality.

GB: It is very risky for anyone in the medical community to criticize any aspect of covid policy. This includes mask policy, alternative therapies, vaccine mandates, or quarantines. Licensing boards, including the American Board of Internal Medicine, have threatened physicians with the loss of licensure for spreading “disinformation” about covid-19. Of course, disinformation has nothing to do with correct or incorrect information, but rather means anything that contradicts a political narrative. The practice of medicine is gradually being transformed from a scientific inquiry seeking fact into a religious cult accepting dogma under the threat of excommunication.