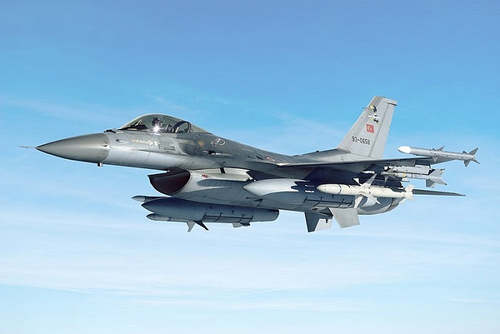 Inter-NATO tensions are heating up after a series of aerial engagements over the eastern Mediterranean. The most significant recent incident, which we detailed earlier this week, was on Aug.23rd and involved Turkey alleging that Greek forces achieved radar lock on a Turkish F-16 jet over international airspace.

Athens was quick to vehemently deny the charge amid ongoing allegations from Ankara that Greece is seeking to militarize islands near the Turkish coast which are under treaty. But Turkey is intent on making its case to NATO command, in the latest sign of significant cracks in the military alliance.

As Turkey’s Hurriyet Daily writes, the defense ministry “will send the radar traces and pictures of the Greek harassment of the Turkish jets by the S-300 air defense systems to NATO as well as to all 30 allied countries, according to sources.

Turkey earlier called the radar lock a “hostile act” – which could have justifiably triggered a military counter-response if Ankara had made the decision.

Greece, for its part, says that on the day in question Turkish warplanes violated Greek airspace without any prior warning, describing that the Turkish aircraft appeared without notice to escort American B-52s. While the B-52s had been cleared to cross its airspace, the Turkish planes appeared as unknown entities. Athens viewed it as an intentional provocation.

Turkey is also expected to document to NATO headquarters that Greek jets have violated its airspace over 250 times in harassing maneuvers.

For years, Turkey, Greece and Cyprus have been at odds over expanding Turkish oil and gas drilling rights in the eastern Mediterranean. Turkey is using its occupation of northern Cyprus to say that all waters encircling the island are fair game for its research and drilling vessels.

Other EU members, particularly France, have strongly supported EU-member Cyprus’ condemnation of incursions in its territorial waters. France has even conducted a series of joint exercises with Greece and Cyprus in solidarity.