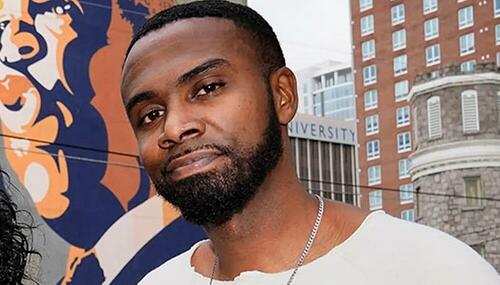 A lawsuit filed on Thursday in Los Angeles Superior Court accuses Black Lives Matter (BLM) and its leader, Shalomyah Bowers, of using foundation funds as his “personal piggy bank” and acting as a “rogue administrator” and a “middle man turned usurper.”

Bowers, who became head of the Black Lives Matter Global Network Foundation in April, and is accused of paying millions to his own Bowers Consulting Firm, as well as diverting funds from a new group called Black Lives Matter Grassroots, Inc. – a coalition of BLM chapters.

The lawsuit seeks damages and restitution, as well as a temporary restraining order to block the foundation from using BLM accounts, or its website.

Bowers told the NY Post that the lawsuit is nothing more than a power grab by disgruntled activists who want to wrest control of the movement, including California State University Pan-African Studies professor Melina Abdullah.

“The assets that we built, the financial resources, the social media platforms and the name ‘Black Lives Matter’ have been taken from us and are under the control of consultants,” said Abdullah, BLM Grassroots director and a co-founder of the BLM Los Angeles chapter.

BLM Grassroots was launched three months ago, records show. It claims to represent BLM chapters across the country.

The new group was founded in California in May by Walter Mosley, the lawyer who also drafted the lawsuit against Bowers, according to court papers. Mosley formerly represented Black Chyna in a law suit against Kim Kardashian in 2018. -NY Post

In court papers, Abdullah is described as having been “engaged in intuitive protest simultaneous to the online activism of the three co-founders,” whatever that means.

“It’s the most insane thing I’ve read in a court pleading, and it’s signed under penalty of perjury when they know it’s a lie,” said Bowers, who told the Post that the Foundation has recently undergone audits which don’t show $10 million going to him or his firm.

“We are in the process of correcting things, of fixing things and dealing with disgruntled people who want to take over the group,” he continued.

The lawsuit comes months after BLM founder Patrice Cullors stepped down amid reports of extensive real estate purchases, as well as internal criticism over the foundation’s operations. She named two organizers as interim executives – however months later both individuals said they never actually acted in those roles due to an inability to reach an agreement over the scope of their positions.

What is Black Lives Matter doing with all the money they’re accumulating if not helping their local chapters and Black-owned businesses to advance?

According to the BLM Grassroots lawsuit, Bowers – who had been handling the administration under Cullors, took control of the operation, shutting out the grassroots chapters.

“We’re asking for accountability,” said BLM Grassroots director of operations, Angela Austin, who added that the local chapter was locked out of its social media accounts after the killing of Patrick Lyoya in Grand Rapids, and that they had been given no commitment from BLM for continuing funding.

While Bowers is claiming innocence, it would not be surprising if he did indeed profit from BLM. Despite their claims, BLM seems to me founded for solely pecuniary gains.

BLM is a perfect instance of how modern liberalism functions as an extremely lucrative business model.  BLM merely expanded on the extortion business model of veteran race hustler Al Sharpton, which is ‘give us your money else we’ll brand you racist,’ but did it on a much larger scale.  Al Sharpton must feel like a worn-out pair of shoes in the bottom drawer of a shoe case.

“Black Lives Matter” began as a trend on social media, in 2013 following Trayvon Martin’s death. Soon it evolved into a slogan used by ‘protestors’ across the US.

In the death of George Floyd in 2020, BLM saw their biggest opportunity to take the ‘movement’ to the next level and become the sole arbiters in matters of race.  In parallel, BLM carried out ‘protests’, which were actually riots all over America.

Dozens of people were killed and numerous others injured and thousands of businesses and properties, many minority-owned, were looted, torched, or otherwise vandalized.

Axios revealed that the total insured property losses incurred during the riots are between $1 to $2 billion dollars. The actual number including losses of uninsured property must be considerably higher.

That must not have mattered to BLM.  For BLM, the riots were a promotional event that caused their coffers to be overflowing.

BLM was supported by the Democrats and their propagandists in the media because they could blame the riots on Trump and benefit from it politically. The Democrats, too, saw this as an opportunity to raise funds.

Some stars even bailed out BLM rioters who were taken into custody.

BLM didn’t make any verifiable promises; their goal was unstated, esoteric, and symbolic which ensured they could keep collecting without any oversight.

Rich donors didn’t verify how their donations were spent. Their sole purpose of donating was to be regarded as among ‘the good ones’. It was also like protection money to prevent BLM thugs from banging at their doors.

In the end, BLM managed to make $90m in just one year over the death of George Floyd.

Read the filing below: