Déjà Vu: Argentines Are Once Again Voting For More Inflation While Remaining In Denial 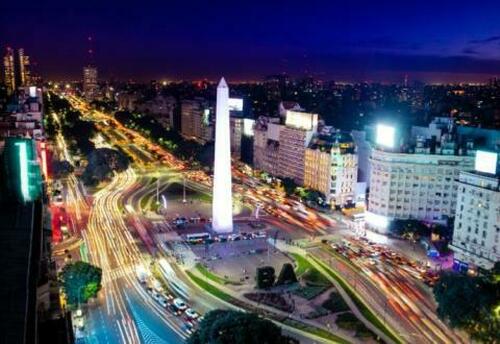 Authored by Marcos Falcone via The Mises Institute,

On July 2, Martín Guzmán, Argentina’s Minister of Economy, finally resigned. Guzmán, who holds a PhD in economics from Brown University and studied under Joseph Stiglitz, had originally been introduced as the “rational” element of the left-wing coalition that came to office three years ago. But there is only so much time that can pass until inconsistent policies produce undesirable outcomes, something about the United States needs to learn in order to avoid Argentina’s mistakes. Indeed, it is probably a good idea to avoid 7.4 percent monthly inflation figures, like the one Argentina just released.

Argentina’s Guzmán had been appointed by President Alberto Fernández in December 2019 with the impossible task of expanding the size of government and simultaneously bringing down poverty and inflation. This recipe is the same that former presidents Néstor and Cristina Kirchner tried between 2003 and 2015, which in the end caused annual deficits of about 8 percent of the gross domestic product (GDP) and inflation to soar to 40 percent. From 2015 to 2019, former president Mauricio Macri reduced the deficit but failed to achieve a fiscal surplus. Even so, the unpopular effects of fiscal adjustment, plus a combination of clumsiness and bad timing during his entire tenure cost him reelection.

The pandemic, which caught the new government by surprise only three months after it took office, seemed like an opportunity for Kirchnerists to engage in modern monetary theory–style policies and mock those who warned about their consequences. Though Guzmán raised taxes, most government spending was financed through an increase in the money supply, the effects of which were bound to be delayed because of lockdowns.

But in 2020, economists who were close to the administration were writing op-eds in which they suggested explanations as to why increasing the monetary supply not only did not cause inflation, but actually decreased it. The country was once again running high deficits, but Guzmán did not seem to care about them and contended that these were temporary measures.

After the pandemic was over, instead of returning toward a path of fiscal balance and debt reduction, Guzmán accelerated the path toward high deficits, which can only be sustained by money printing, since markets did not trust Argentina’s government bonds. As a result, public spending currently is increasing more rapidly than revenue, and it is uncertain whether the country will meet the deficit target that was agreed with the IMF only last year in order to avoid defaulting on its debt. Meanwhile, annual inflation has risen to 70 percent and since Guzmán’s resignation, the peso fell more than 20 percent against the dollar.

In this context, it may be surprising that markets interpreted Guzmán’s exit as bad news. Yet the fall of Guzmán and the arrival of new minister Silvina Batakis, who only lasted a few weeks and has already been replaced by “superminister” Sergio Massa, symbolized the victory of the “irrational” wing of the government led by Vice President (and former president) Cristina Kirchner, who is actually the one who selected President Fernández as her running mate back in 2019. In the past, Kirchner has argued that economic theories do not work in Argentina, and she is known for advocating permanent economic stimulus even if this means excessive money printing.

If we are to believe insiders, Guzmán and Batakis both tried to correct the course of the economy and Massa will continue to pursue that goal, with the vice president as the main source of opposition. But if Massa fails and government policies on public spending stay the same, they will drive Argentina’s economy toward hyperinflation, which is the only possible outcome for a country with perpetually high deficits and no access to debt markets.

This is not the first time that Argentina’s economy has been on the verge of collapse. In the minds of the public, the hyperinflations of 1975 and 1989–90 are still remembered. But the very policies that underlie these crises, which are related to extravagant levels of public spending, high deficits, and ultimately an excessive increase in the monetary supply, are yet to be repudiated by a majority of voters, as exemplified by Fernández and Kirchner’s win in 2019. History seems to have a way of repeating itself.

Argentina’s example should serve as a warning to other countries of what can happen if the populist fantasy of creating money out of thin air clings onto the minds of key public officials and voters for too long. In the United States, for example, the Biden administration is showing signs of adhering to delusional theories about the economy that resemble those of Argentine Kirchnerism.

Indeed, President Biden believes that one of his tweets can bring down gas prices, Senator Warren keeps blaming corporate greed for inflation, Democratic legislators praise acts to reduce inflation as though if monetary policy was just wishful thinking. But ignoring the fact that excessive money printing has an effect on price levels, or arguing that companies charge more because they are evil, are excuses that we have seen in Argentina at the beginning of inflationary processes, and we know what comes next. We do not want to end in that path.