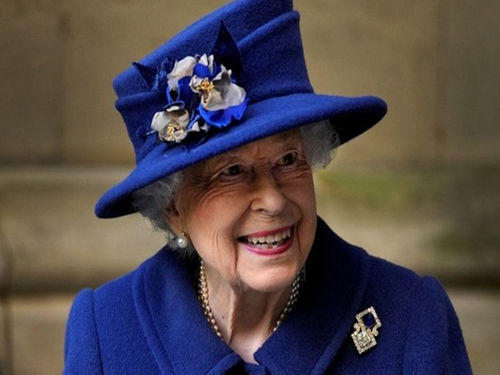 Buckingham Palace released a statement saying after “further evaluation” on Thursday morning, doctors for Queen Elizabeth II are “concerned for Her Majesty’s health.”

“Following further evaluation this morning, The Queen’s doctors are concerned for Her Majesty’s health and have recommended she remain under medical supervision,” the statement read.

The statement continued: “The Queen remains comfortable and at Balmoral.”

On Wednesday night, the Queen, who is 96, postponed her Privy Council meeting after being advised by doctors to rest.

Earlier in the week, the Queen appointed Liz Truss to form a new administration as the new leader of the Conservative Party. She met with outgoing PM Boris Johnson, who offered his resignation earlier on Tuesday, ending his time in office.

The meeting between the Queen, Truss, and Johnson would’ve occurred in Buckingham Palace, but the ceremony was held in Balmoral Castle in Scotland due to the monarch’s mobility issues.

“The whole country will be deeply concerned by the news from Buckingham Palace this lunchtime,” Truss tweeted Thursday.

“My thoughts — and the thoughts of people across our United Kingdom — are with Her Majesty The Queen and her family at this time,” she added.

The whole country will be deeply concerned by the news from Buckingham Palace this lunchtime.

My thoughts – and the thoughts of people across our United Kingdom – are with Her Majesty The Queen and her family at this time.

Reports indicate the Queen’s family has traveled to Balmoral.

PRINCE CHARLES AND CAMILLA HAVE TRAVELLED TO BALMORAL TO BE WITH THE QUEEN. THEY WERE STAYING NEARBY AT BIRKHALL ON THE ESTATE – ITV REPORTER https://t.co/vwyuvlcwEC

Daily Mirror says a Royal helicopter landed on the grounds of Balmoral.

“It comes as members of the Royal Family are racing to see the Queen after the palace made a rare announcement about her health,” the British newspaper said.