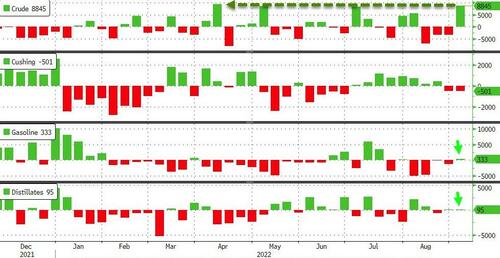 Oil prices are up this morning, a brief respite after yesterday’s tumble (and ‘death cross’) and follows API reporting an unexpected crude build.

Russian President Putin said the country would not supply energy to any nations that backed a planned US-led price cap on the nation’s crude, and the EIA raised its outlook for global oil demand, while also cutting the forecast for US supply.

After API reported an unexpected crude build, the official data confirmed it was even bigger with a 8.85mm barrel build. Additionally, gasoline and distillates also saw builds…

The last week saw a 7.5mm barrel draw from the SPR and a record 18.75mm barrels drawn down in the last 3 weeks…to its lowest since (ironically) 1984!

As Bloomberg reports, gasoline demand sunk below 2020 seasonal levels, again, based on the four-week moving average of product supplied. The figure has flatlined all summer, holding below 9 million barrels a day in all but one week since June. 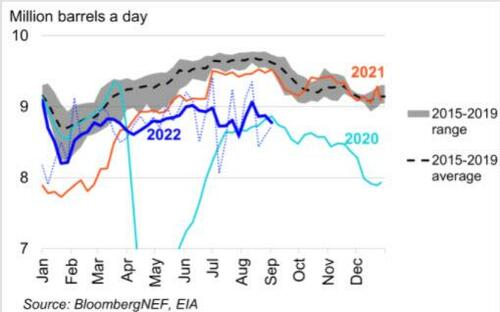 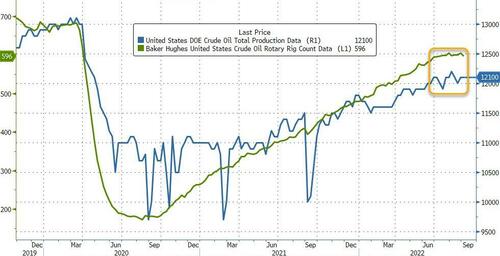 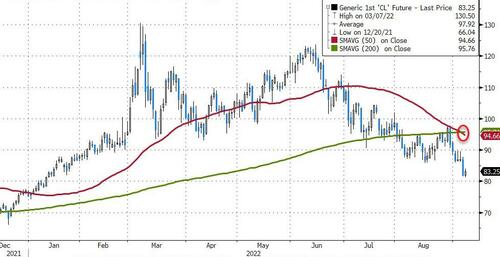 Finally, we note that WTI’s prompt spread slumped to its weakest level since early January on Wednesday amid a sharp retreat in front month crude prices. 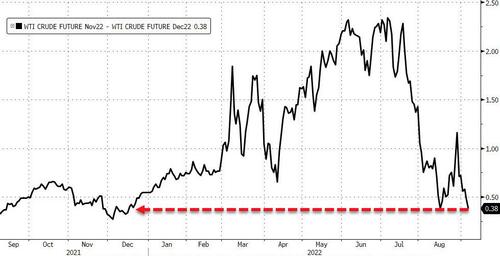 This is traditionally a bearish sign of urgent demand (higher prompt spread suggests physical tightness) – which may be yet another reason why OPEC+ is willing to cut production (and continues to argue that physical and paper markets remain decoupled).