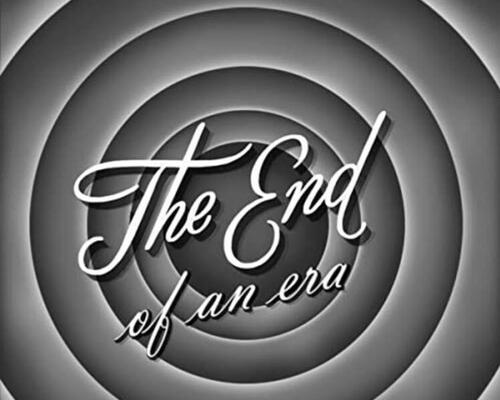 Authored by Michael Every via Rabobank,

The End Of An Era

The current feeling of uncertainty and insecurity, and of long-established norms and paradigms collapsing, cannot be better underlined than with the sad passing of Queen Elizabeth II yesterday at 96. She was world famous for being THE Queen in a way no monarch, British or otherwise, likely will ever be again. She was also the one personal, not political, institution that most Britons could still respect, and her absence leaves a vacuum in a divided country already unsure of itself, cut loose from other anchors, and buffeted by many storms.

Against that sad backdrop, markets had the same feeling.

Early in the day, RBA Governor Lowe gave a dovish speech flagging “large” (meaning 50bps) hikes would soon give way to smaller steps, and that inflation expectations remain well-anchored. The press flagged this as an avantgarde policy pivot, and the bond market took it that way, yields plunging in the immediate aftermath the equivalent of a small rate cut; which loosens financial conditions; which juices inflation.

Except the RBA is never ahead of the curve; it did not go to this year’s Jackson Hole, perhaps to avoid hearing the hawkish message there; and it is behind the current curve given the red-hot local labour market and broader structural changes underway. The open secret is that this dovish tone was about the property market: yet, globally, the era of ‘asset-prices first!’ looks over.

Underlining that fact, the ECB meeting yesterday saw the 75bps hike expected, taking the deposit facility rate to 0.75% and the refi rate to 1.25%. As our ECB-watchers conclude, with markets pricing far more than 50bps, the Bank had no choice.

Yet President Lagarde was unequivocally hawkish, stressing “we’re so far away from a rate that will get inflation to 2%”. ECB projections are now of: significantly lower growth (if no recession in the base case, which seems extremely optimistic given Germany’s economy minister is talking about shutting down swathes of industry ahead); and significantly higher inflation, now seen at 8.1% in 2022, 5.5% in 2023, and still an above-target 2.3% in 2024. As a result, they have upgraded their ECB rate forecasts to a 50bp hike in October, another 50bp in December, and then 25bp in January, with risks to the upside. And this in an economy faring far worse than Australia.

(In terms of other technicalities, the ECB will continue to reinvest all maturing APP/PEPP assets, and the 0% interest rate cap on government deposits has been lifted until 30 April 2022 to ensure that rate hikes will correctly be transmitted into money markets: see the linked report for more coverage of the structural technicalities of these issues.)

Lagarde was very blunt about the Bank’s forecast errors for inflation, and was willing to say that ‘was on her’. She was equally blunt talking about the fact that monetary policy cannot produce energy, and that this crisis is largely a supply-side issue. Surprisingly, however, the ECB did not cover potential EU energy subsidies and what their impact on inflation, growth, rates, and markets would be. For that, we had to look back to the UK, where discussion on this vital topic was naturally overshadowed by events at Balmoral.

The UK’s new energy price guarantee caps most household bills at around £2,500 (based on normal usage) for two years will save a typical family £1,049 a year relative to the cap announced by Ofgem only a fortnight ago, and even more relative to some of the very gloomy projections for Q1 2023 (e.g., £5-6,000). That should reduce inflation by nearly 5ppts from Q4 onwards, even if it remains very high historically. Moreover, support for businesses for an initial 6-months will stave off energy-induced bankruptcies, but the details of this scheme are still unclear. Overall, this represents a vast structural change to the UK economy that naturally flows through to markets.

(Unreported in the financial press, but in a similar-yet-broader vein, the Fed’s Brainard on Wednesday had argued part of brining inflation down might need to involve “reductions in markups” – i.e., firms reducing profit margins voluntarily; or price controls(?) This is an idea originating from Sraffa and Robinson, the latter coining the term “monopsony”; used by Nixon in the 1970s; and championed today by Isabella Weber.)

The upside to the UK energy scheme is that recession might now be avoided; yet it also risks pushing up domestically-generated inflation over the medium term. That means rates may not have to rise as much now, but may need to rise more later.

There is also the issue of the vast cost involved, because anyone thinking this scheme will only last for six months, or two years, is not looking at geopolitics or physics, which is what got us into this mess in the first place. Will this debt be funded with gilts issuance, just as US QT looms in the backdrop, and as higher longer-term inflation and rates are expected? That looks like a steeper yield curve. Yet the BOE is offering a £40bn Energy Markets Financing Scheme facility to help: is this ‘QEnergy’? That may repress bond yields: but then Sterling will slump. This all logically applies to Europe too, where acronyms to control yields are already in place.

In a hectic day, the Fed’s Powell also gave a short speech simultaneously, which emphasized their next hike is likely to be another 75bp. Moreover, he pointed out the economy’s structure is ever-changing, and the key issue is if higher inflation now is temporary (dare we say “transitory”?) or structural. Further, the BIS –the central bankers’ central bank– chipped in timely fashion with a high-level speech arguing higher inflation is likely structural. It specifically notes:

“There are reasons to believe that the environment will become more inflationary. In some respects, a return to a high-inflation regime always threatened to be the endgame of the trajectory the global economy has followed for the past 40 years. Maybe the pandemic and the war – two exogenous shocks – have brought the endogenous endgame closer.

Why such an endgame?

Many of the secular economic tailwinds that helped keep inflation low could be turning into headwinds. Demographics? We know that this tailwind will become a headwind, as a scarcer labour force will see its bargaining power grow. Globalisation? There are some signs that it may be in retreat. Moreover, new headwinds are emerging. The transition to a greener economy will put strong pressure on many commodity prices – we have recently seen once more what the consequences might be. And in the background, there are also signs that the (geo)political environment is becoming less supportive of global international cooperation and free market forces. Populism seems to be on the rise.

Last but not least, the legacy of the past 40 years is still with us in the shape of historically high debt levels. This could raise the temptation to accept inflation as a deceptively attractive way of reducing debt burdens.

It is not hard to see how this environment – closer to that of the 1970s – is structurally more inflationary. But the future is not preordained. The task of central banks is to prevent inflation from materialising. In such an environment, central banks will be tested to the full, not least institutionally. As the costs of higher interest rates to public finances became more starkly visible, central bank independence is likely to come under threat.”

And in that fast-moving geopolitical environment: Ukraine just retook a swathe of Russian-held territory; India imposed a 20% duty on rice exports; and Germany’s economy minister is considering steps to make doing business with China less attractive in order to reduce strategic dependencies. In short, all that is solid melts into air, and the only constant is change.

Long Live King Charles III. (Yet historians will note both Charles I and Charles II reigned in times of huge political turmoil.)