Slava Raytheon: Zelensky To Headline Conference Of US Defense Companies 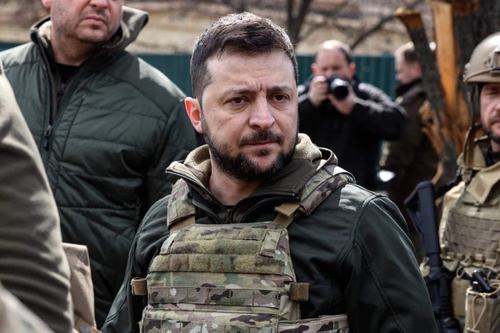 Ukrainian President Volodymyr Zelensky has throughout much of the six-month long Ukraine war been busy rallying support to his side by addressing dozens of Western countries’ parliaments, for which Ukraine has since been rewarded with billions of dollars in foreign defense and humanitarian aid. His foremost theme has been a constant refrain of his military urgently needing more, more and more weapons. He’s even requested advanced fighter jets, months ago asking Congress to “close the skies” (or in essence a No Fly Zone).

Now for the first time it seems he’ll go straight to the source, as he’s set to be the keynote speaker, via video link, to a major meeting of American defense contractors later this month. The Hill is confirming that “he headlines the annual Future Force Capabilities Conference and Exhibition hosted by the National Defense Industrial Association (NDIA)” in Austin, Texas on September 21.

Ukraine’s defense minister Oleksii Reznikov is also scheduled to address the conference. Naturally, both are expected to emphasize a message that more and heavier arms are needed if Ukrainian forces hope to sustain their eastern and southern counteroffensive, which in the last days has been widely reported as successful – at least so far.

Russian Defense Ministry spokesman Igor Konashenkov has on Saturday admitted his army has had to “regroup” troops from Balakliya and Izyum in Kharkiv Oblast. This is being taken as a sign Ukraine’s military is being pushed back from Kharkiv and could be taking heavy losses, with the day prior Zelensky announcing Ukraine has taken back over 30 settlements in the region.

“We are gradually taking control over more settlements, returning the Ukrainian flag and protection for our people.” Zelenskiy said. “Our army, intelligence, the Security Service of Ukraine continue active actions in several operational directions. They continue successfully.”

This is the message he’s expected to stress in addressing the major arms expo in August. In the audience will be representatives from the leading military weapons manufacturers in the US:

News of the Ukrainian president’s speech to the NDIA — whose membership includes defense industry giants like Raytheon Technologies, Lockheed Martin and General Dynamics — comes as Kyiv looks to fend off Russia’s invasion as it drags through its sixth month.

Eight defense contractors — including Raytheon, Lockheed and General Dynamics — attended a meeting at the Pentagon in April to discuss how the U.S. could speed up production to help Ukraine fend off Moscow’s war.

The U.S. has committed $15.2 billion in security assistance to Ukraine since the beginning of the Biden administration, including $14.5 billion since Russia invaded Ukraine on Feb. 24.

A number of independent observers are noting just how obviously this brings to the fore one of the key motives of US hawks, especially officials tied closely to the military-industrial complex, who have shown no interest in pushing both warring sides to the negotiating table. In fact, evidence has recently emerged strongly pointing to Washington and London playing the role of behind-the-scenes saboteurs to prior ceasefire talks.

Fresh off his appearance at Wall Street, where he pitched corporations on the plunder of his country’s assets, Zelensky will appear at a conference of arms makers in Texas to present his country’s war as a fantastic business opportunity. #SlavaRaytheon https://t.co/zSNTT6Kcp3

Instead the past months have seen these officials by and large argue for Congress to sign off on essentially a “blank check” bonanza of Ukraine arms procurement. Like other recent conflicts, for example in the Middle East, they see the Russia-Ukraine war as fundamentally an opportunity.

Journalist Max Blumenthal sums up the unspoken reality nicely: “Fresh off his appearance at Wall Street, where he pitched corporations on the plunder of his country’s assets, Zelensky will appear at a conference of arms makers in Texas to present his country’s war as a fantastic business opportunity.” 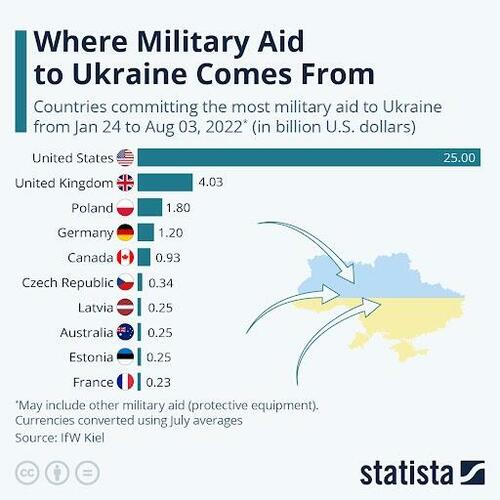 And Zelensky will without doubt continue to get the red carpet rolled out for him by the world’s wealthiest defense firms, given he singularly remains the arms contractors’ #1 foreign client – and all at the expense of the common US taxpayer to boot.