“Production Has Fallen Off A Cliff” – Goldman Reportedly Prepping For Layoffs 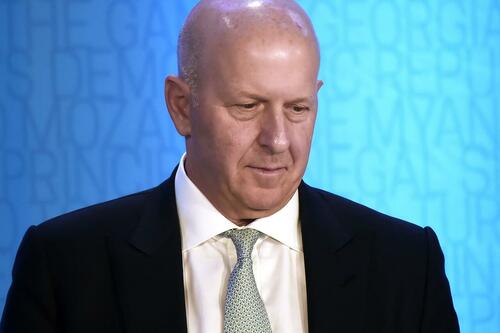 While we have seen droves of companies either freezing hiring or announcing broad-based layoffs, until now the majority of those job cuts have been focused in the tech sector.

This morning, things have changed, as The New York Times reports that, according to two people familiar with the plans, Goldman Sachs is preparing for a round of layoffs that could come as soon as next week.

The job cuts will affect employees across the company but it appears this move is more of an opportunistic moment to reinstate Goldman’s traditional annual ‘culling’ of the herd – based on performance.

In fact. Goldman’s chief financial officer, Denis Coleman, told investors in July that the bank was “probably reinstating our annual performance review of our employee base at the end of the year.”

“No question that the market has gotten more challenging,” David M. Solomon, Goldman’s chief executive, said on a call in July with analysts.

“We have made the decision to slow hiring velocity and reduce certain professional fees going forward,” Mr. Solomon said.

“We are keeping in mind, however, that while we’re being disciplined about our expenses, we are not doing so to the detriment of our client franchise or our growth strategy.

“They just don’t need as many bodies as they have,” said Chris Connors, a vice president at Johnson Associates, a compensation consulting firm, referring to Wall Street banks more broadly.“Production has fallen off a cliff.”

Is Goldman the canary in the coalmine? We will have to wait and see if MS, JPM, BofA, etc follow suit… (although a number of major banks have already laid off vast numbers of mortgage-business-related staff)…