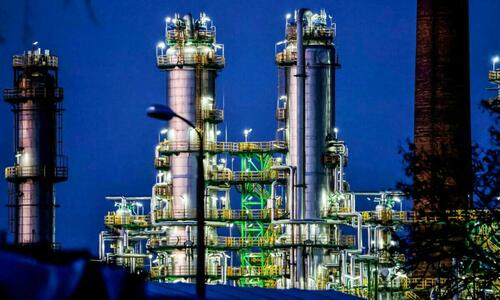 By Tom Ozimek of The Epoch Times

German officials said Friday that Berlin has taken control of three Russian-owned refineries located in Germany in a scramble to shore up energy security before the planned embargo on oil imports from Russia kicks in and further squeezes energy supplies.

Germany’s Economy Ministry said in a statement on Sept. 16 that Rosneft Deutschland GmbH and RN Refining & Marketing GmbH will be put under the administration of Germany’s Federal Network Agency.

Rosneft Deutschland is one of the biggest oil-processing companies in Germany, holding a total of around 12 percent of German oil refining capacity.

The takeover “counters the impending risk to the security of the energy supply, and lays a key foundation stone for the maintenance and future of the Schwedt operation,” the ministry said. Schwedt supplies some 90 percent of Berlin’s fuel.

The decision to seize control of Rosneft Deutschland is Germany’s latest attempt to stabilize the energy market, which has been rocked by disruptions stemming from Western sanctions on Russian energy and Moscow’s retaliation by curbing flows.

Russian energy firm Gazprom’s move to suspend gas supplies through the Nord Stream 1 pipeline at the end of August highlighted the prospect of gas shortages to generate electricity and heat households as winter approaches.

The German government said this week it would boost lending to companies at risk of being impacted by soaring gas prices.

‘In It for the Long Haul’

Governments across Europe have been racing to secure fuel deliveries and bolster their power providers and as they intensify sanctions on the continent’s major energy supplier, Russia, over its invasion of Ukraine.

The European Union has declared it would ban Russian oil imports by the end of 2022, even without an alternative source of cheap energy.

“We are in it for the long haul,” said European Commission President Ursula von der Leyen on Sept. 14.