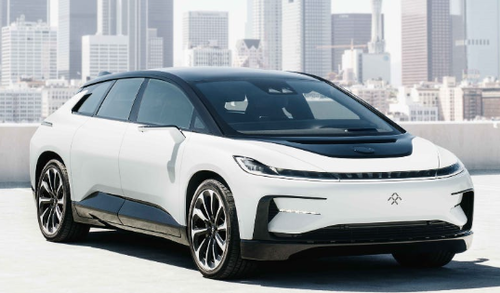 Three directors from the company have resigned, including the company’s executive chair, after receiving “death threats” and “baseless” allegations of mismanagement, Bloomberg reported Wednesday morning.

The company defended its directors this week, claiming that an “independent investigation found that all such allegations have been without merit”. But that didn’t stop Susan Swenson, Executive Chair, Jordan Vogel, Lead Independent Director, and Scott Vogel from announcing their resignations this week.

The report says that the directors “cited such threats and their fear that their continued association with the Company might heighten the risk to themselves and their respective families as the reasons for their resignations”.

Recall that Faraday was the target of J Capital Research, a short seller than specializes in China-based investments, back in 2021. They said then that: “We don’t think Faraday Future (FFIE), an EV SPAC, will ever sell a car.”

The research said at the time: “So far, it’s nothing but a bucket to collect money from U.S. investors and pour it into the black hole of debt created by its founder, China’s best-known securities fraudster, Jia Yueting.”

“After eight years in business, FFIE has failed to deliver a car and is yet again saying ‘next year.’ The company has reneged on promises to build factories in five localities in the U.S. and China and repeatedly delayed the sixth. FFIE is being sued by dozens of unpaid suppliers and has failed to disclose that assets in China have been frozen by courts. And Jia appears to be running the company behind the scenes,” the report said at the time.

And it looks like not only were the short sellers right, but that investors would have a legitimate gripe with the company’s performance (though, of course, we don’t condone death threats). The company’s stock is near 52 week lows and is down more than 90% from its peak YTD: 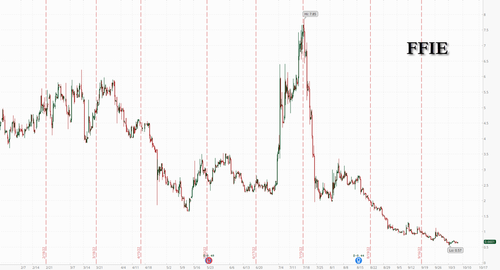