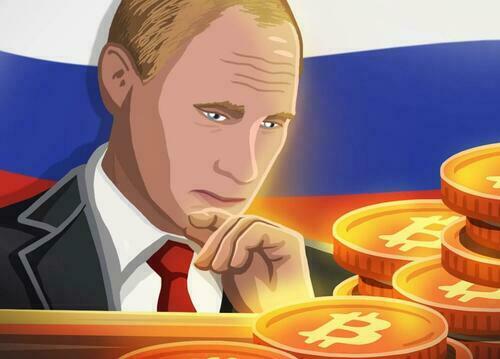 Just days after Russia’s Ministry of Finance announced plans to let any industry in the country to accept bitcoin and cryptocurrencies for international trade without restriction, the EU has imposed a sweeping ban on providing crypto services to Russians as part of its eighth round of sanctions.

The new measure steps up restrictions that had been in place since April.

“The existing prohibitions on crypto assets have been tightened by banning all crypto-asset wallets, accounts, or custody services, irrespective of the amount of the wallet (previously up to €10,000 [$9,900] was allowed),” reads a press release published on the European Commission’s website.

The increased measures are intended as punishment for “Russia’s continued escalation and illegal war against Ukraine,” including its mobilization of additional troops and open issuance of nuclear threats.

Forbes Russia notes that after Visa and Mastercard left the Russian market earlier this year and some banks were disconnected from SWIFT, cryptocurrencies, in particular stablecoin USDT, became one of the most popular ways for Russians to move money abroad.

However, even with sanctions from the EU, decentralized exchanges will remain available for Russian users, which do not have a centralized intermediary between the seller and the buyer, and crypto assets are traded using smart contracts.

Such exchanges cannot control transactions between their users – they also do not store their clients’ funds and passwords from their crypto wallets.

“In the event of a ban, traders from Russia can switch to such crypto exchanges as FTX, Huobi, Bybit. But if the site is interested in the European market, then it will most likely have to choose – either to keep the audience in Russia, or to support sanctions and not have problems in the European Union,” Sergey Mendeleev, CEO of InDeFi Smart Bank, says.

He advises investors not to hold large amounts on centralized exchanges, especially if the account is verified with a Russian passport.