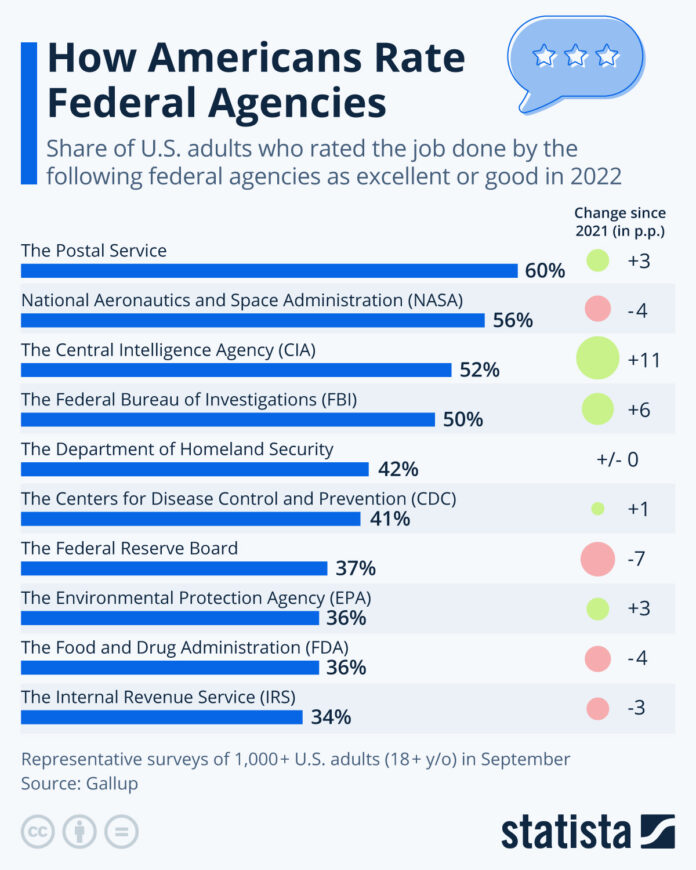 Gallup conducts a annual poll to find out which high-profile federal agencies and departments have the highest favorability scores with the U.S. public.

As Statista’s Katharina Buchholz details below, in the latest installment, only four out of the agencies included were rated positively by at least 50 percent of respondents.

The top four is rounded off by NASA, the CIA and the FBI. The latter two were among the few agencies whose ratings could improve significantly from 2021, up 11 percentage points and six percentage points, respectively. As with the Postal Service, the ratings are lower than they were in 2019, however. 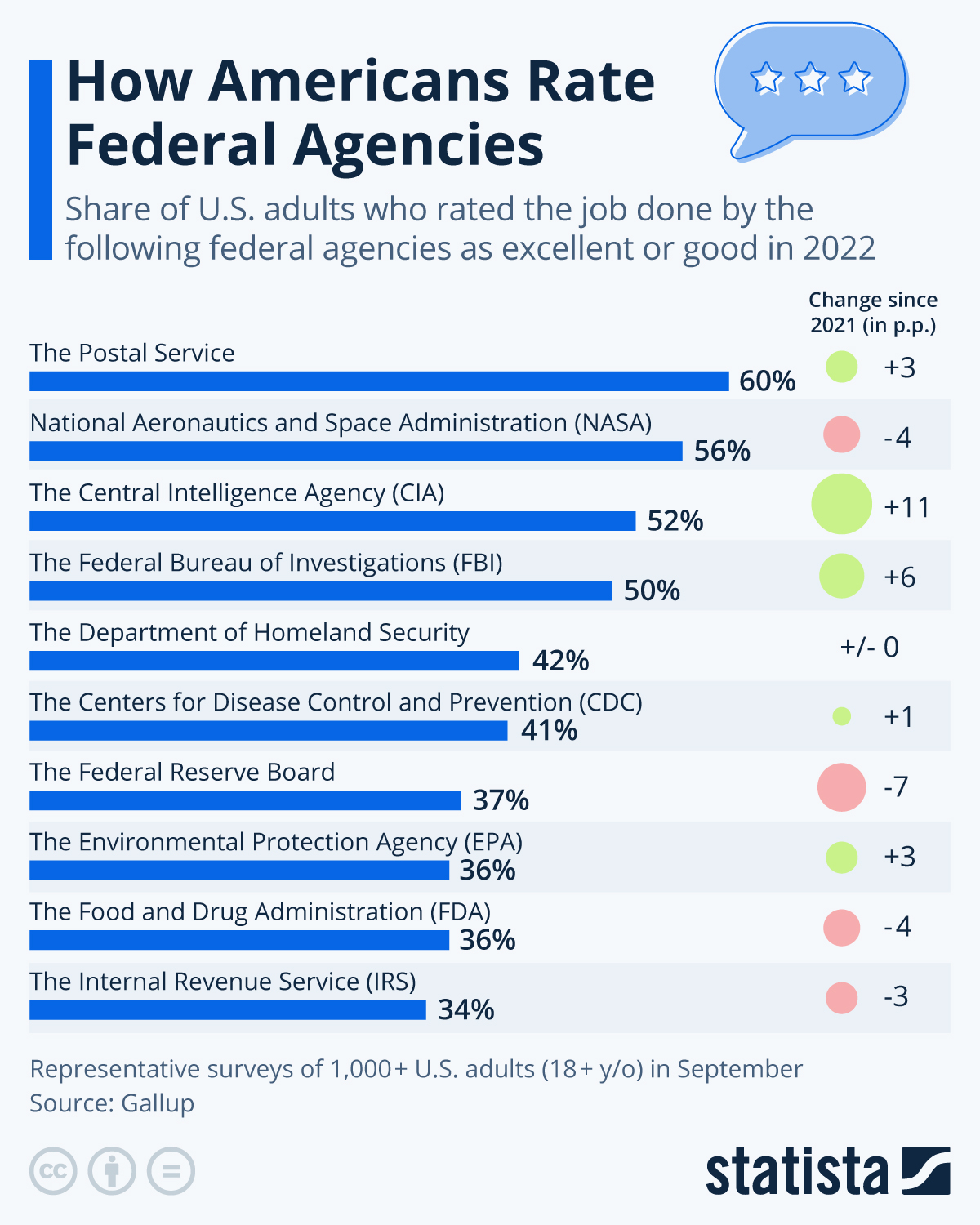 With 42 percent of people saying the agency was doing a good or excellent job, the Department of Homeland Security came fifth in 2022, ahead of the Centers for Disease Control and Prevention, whose rating dropped remarkably during the coronavirus pandemic – from 64 percent in 2019 to 41 percent in 2022. Yet, the CDC is not as loathed as some agencies Americans have long despised.

Of the ones published by Gallup, tax collector the Internal Revenue Service comes last at 34 percent approval, below the Food and Drug Administration and the Environmental Protection Agency at 36 percent each.

The Department of Justice comes in at 35 percent, but no comparable 2021 figure exists.