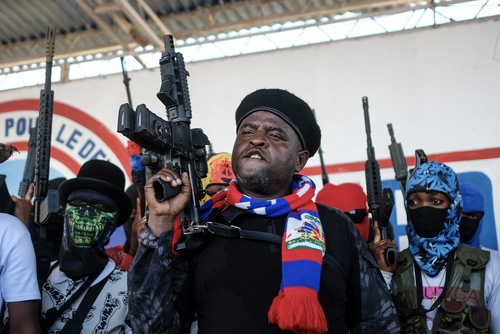 The Haitian government will ask the international community to send “a special police force” to break the blockade imposed on the country’s principal fuel terminal by a powerful federation of gangs.

“It was decided in the Council of Ministers last night … to ask the international community for a special police force to deal with such an unbelievable humanitarian crisis,” a spokesman for Prime Minister Ariel Henry said Friday.

A State Department spokesman said the Biden administration is evaluating a request to help create a humanitarian corridor so the flow of fuel throughout the country can resume. U.S. officials are also consulting with other governments.

The coalition of nine gangs blocked the entrance to the Varreux fuel terminal in the capital city of Port-au-Prince last month in response to the government’s announcement of a reduction in fuel subsidies.

While the fuel terminal blockade is the Haitian government’s most pressing challenge, it’s not clear just how broad an intervention against the gangs the government is seeking.

Haiti has also been beset by widespread looting:

“In the last two weeks alone, attacks on [World Food Program] have resulted in the loss of some 2,000 tons of food aid valued at close to $5 million, that would have collectively supported up to 200,000 of the most vulnerable Haitians over the next month,” Haitian envoy Helen La Lime told the UN Security Council last week.

A cholera outbreak has been discovered, adding to the country's ongoing social, humanitarian, security, and political crisis. pic.twitter.com/LOGax456Y8

The weeks-long fuel blockade has taken a steep toll. In addition to paralyzing the economy and creating food shortages, it’s contributing to drinking water shortages by stalling water treatment operations, and thwarting the country’s battle with a cholera outbreak by forcing the closure of medical facilities.

“We are sending this message to Ariel Henry: ‘Resign. Resign to give the country a chance.’ For the moment, you are the one executing the plan to destroy the Haitian people. We are removing you because of that.”

Haitian gangs have grown more powerful — and violent — since the 2021 assassination of President Jovenel Moïse. Outbreaks of inter-gang warfare periodically take hundreds of lives. For example, a 10-day stretch of gun battles in the slums of Cité Soleil in July reportedly killed 300 people and wounded another 160.

Despite the dire situation, many Haitians are wary of international intervention. For starters, a Nepalese UN contingent is believed to have triggered a years-long cholera epidemic in Haiti that began in 2010 and killed upwards of 10,000 people.

Also, it’s important to stress that gangs aren’t the only Haitians pushing for Henry’s resignation. Protestors are demanding his removal too, with many calling him a U.S. puppet. Putting U.S. troops in Haiti could thus exacerbate the situation.

The same groups that stripped Haiti's sovereignty away, will continue to work to make it a permanent condition.

The US, Canada, France, Core Group, OAS, USAID, UNSC – THESE ARE THE TRUE GANGS OF HAITI

“I don’t think Haiti needs another intervention,” he told the Associated Press. “It’s not an army they’re facing. ​​They’re facing gangs located in poor areas…using the population as shields to protect themselves.”

Haiti’s plea comes in the wake of a Thursday meeting of Secretary of State Antony Blinken, Haiti Foreign Affairs Minister Jean Victor Généus and other governments’ officials. The meeting was led by Luis Almagro, Secretary General of the Organization of American States. Almagro has routinely backed aggressive intervention by the United States throughout the region. 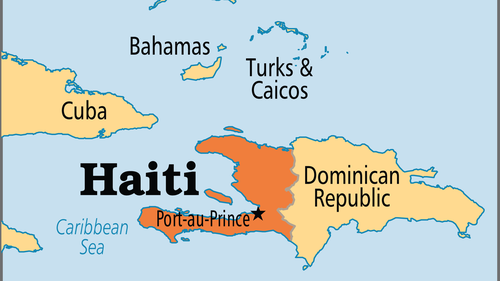 On Thursday, Almagro tweeted that he’d “called on Haiti to request urgent support from international community to help solve security crisis and determine characteristics of the international security force.”

While the United Nations hasn’t yet received an official request for intervention, spokesman Stephane Dujarric acknowledged the grim situation in the Caribbean country:

“We remain extremely concerned about the security situation in Haiti, the impact it’s having on the Haitian people, on our ability to do our work, especially in the humanitarian sphere.”