CBDCs, SDRs, &; The Re-Monetization Of Gold… Here’s What Happens Next 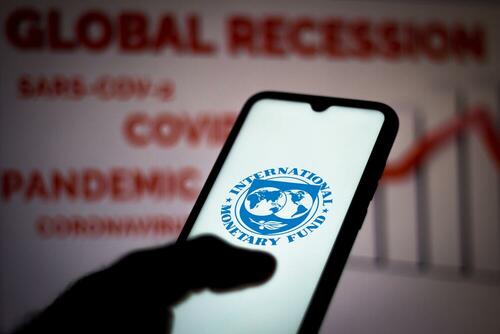 Authored by Nick Giambruno via InternationalMan.com,

The current monetary system is on its way out.

Even the central bankers running the system can see that.

That’s why they are preparing for what comes next as they attempt to “reset” the system.

It’s important to emphasize that nobody knows what the next international monetary system will look like—not even the elites.

However, they know what they want it to look like and are working hard to shape that outcome.

Next, I’ll examine their preferred outcome.

Plan A: CBDCs and SDRs

Despite all the hype, CBDCs are nothing but the same fiat currency scam with a new label on it—and zero privacy. They will make it even easier for the government to inflate the currency, and that’s what I expect them to do if they impose CBDCs on us.

However, it’s doubtful CBDCs can save otherwise fundamentally unsound currencies—as I believe all fiat currencies are.

If paper fiat currency is not viable as money, CBDCs are even less viable as they enable the government to engage in even more currency debasement.

Would a CBDC have saved the Zimbabwe dollar, the Venezuelan bolivar, the Argentine peso, or the Lebanese lira?

I don’t think so.

And a CBDC won’t save the US dollar or the euro either.

But that doesn’t mean governments won’t try to implement CBDCs out of desperation… with immensely destructive consequences for many people.

Then there’s the IMF, the quintessential globalist institution that acts as a global central bank. Faceless and unaccountable bureaucrats at the IMF create the SDR out of thin air.

The SDR is simply a basket of other leading fiat currencies. The US dollar currently makes up 42%, the euro 31%, the Chinese renminbi 11%, the Japanese yen 8%, and the British pound 8%.

In short, I don’t think these gimmicks—the SDR and CBDCs—are workable.

On the contrary, they have even worse flaws than the current failing fiat system. Nonetheless, the elites and central bankers are pushing hard for them.

I view it as the desperate last gasps of a dying system.

If CBDCs and the SDR fail to revitalize the fiat system—as I suspect will happen—then the central bankers have only one other option left.

They will have to find a way to restore confidence or risk the entire monetary system disintegrating. That would mean governments losing all their power, which they, of course, prefer to avoid.

If it comes down to that—and there’s a good chance that it will—governments will have no choice but to go back to gold as the foundation of the international monetary system.

“What none of them (politicians) will admit is that the market is more powerful than the central banks and all the economic planners put together. Although it may take time, the market always wins.”

Gold is a far better form of money than the rapidly inflating paper and digital currencies that central banks are peddling.

Governments can’t force an inferior monetary good—fiat currency—on the whole world forever. It’s inevitable economic reality will assert itself. And that moment could be soon.

Plan B: The Re-Monetization of Gold

Central banks and governments are the largest holders of gold in the world. Together they own over 1.1 billion troy ounces of gold out of the 6.6 billion that exist above ground. 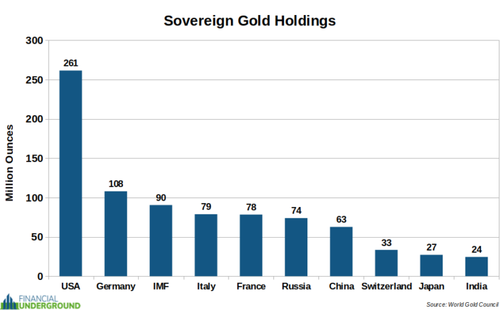 This enormous stash of gold acts as a fail-safe option. Governments have it in their back pocket as a Plan B in case there’s a monetary emergency and they need to restore confidence.

Central bankers don’t want to go back to gold, but they will have no choice if their fiat system collapses, forcing their hands.

There are plenty of signs that governments are increasingly hedging their bets with gold recently.

Take Russia and China, for example. It’s no secret that they have been stashing away as much gold as possible for many years.

China is the world’s largest producer and buyer of gold. Russia is number two. Most of that gold finds its way into the Russian and Chinese governments’ treasuries. 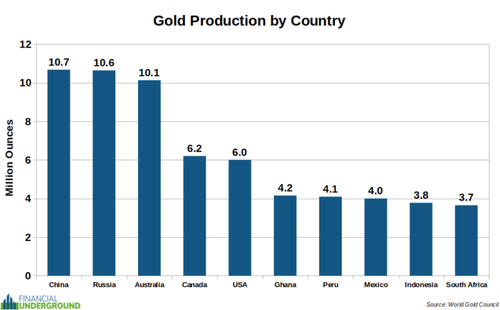 Russia has over 74 million ounces of gold, one of the largest stashes in the world.

Nobody knows China’s exact amount of gold—Beijing is notoriously opaque—but most observers believe it is even larger than Russia’s stash.

Russia and China’s gold gives them access to an apolitical neutral form of money with no counterparty risk. Moreover, they can use their gold to engage in international trade and perhaps back the currencies.

Gold represents a genuine monetary alternative to the US dollar, and Russia and China have a lot of it. Moreover, they are already using gold to bypass various US financial sanctions.

Today it’s clear why China and Russia have had an insatiable demand for gold. They’ve been waiting for the right moment to pull the rug from beneath the US dollar.

And now is that moment…

Russia and China’s gold could form the foundation of a new monetary system outside of the control of the US.

Such moves would be the final nail in the coffin of the international monetary system based on fiat currency and the US dollar.

The economic trajectory is troubling. Unfortunately, there’s little any individual can practically do to change the course of these trends in motion. The best you can and should do is to stay informed so that you can protect yourself in the best way possible, and even profit from the situation. That’s precisely why bestselling author Doug Casey and his colleagues just released an urgent new PDF report that explains what could come next and what you can do about it. Click here to download it now.