No Pivot? BOE Says Rate Hikes Will Continue – Inflation Must Be Stopped 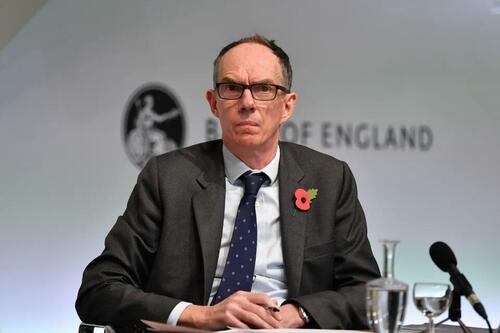 In a market environment where the only hope left is a central bank pivot away from rate hikes and back to QE, any slight detour by any central bank in the west is now put under a microscope with excitement as if stocks are about to be saved.  The Bank of England’s minimal intervention in long term gilt purchases to stave off a collapse in the UK pension system recently had investors buzzing with dreams that this was the beginning of a pivot by other central banks back to stimulus.  This is not the case.

As it turns out, the two week long BOE intervention is nothing more than a drop in the ocean of stimulus that would be needed to reverse course on the steady decline of stocks, and central bank officials warn that this is not the end.  Nowhere close.

BOE Deputy Governor Dave Ramsden recently indicated that the bank intends to charge forward on interest rate hikes, suggesting that this is the only way to tame the ongoing inflation crisis.

Price inflation along with a slowdown in GDP is culminating in stagflationary conditions in many countries, including the UK.  This is a direct result of years of central bank intervention, pumping out trillions in QE just to avoid a deflationary event in markets and keep the “too big to fail” corporations alive. But there are always consequences for every policy action.

Inflation/stagflation gives central banks license to pursue aggressive interest rate increases and general fiscal tightening, and they are taking full advantage of the opportunity.  Multiple banks including the Federal Reserve have indicated that more hikes are on the way, with rates hovering dangerously close to levels that would make bond purchases untenable and corporate stock buybacks unlikely.

With investors heavily addicted to QE, the assumption for the past decade has been that stocks cannot lose.  Today’s retail buyers cannot fathom a scenario in which central banks do not step in the moment equities lose 10% or more.  This has created incredible weakness in the investment community and fostered a lack of fortitude.  It has also contributed to an environment where price discovery is an anomaly and investing based on company research is considered “archaic.”  The only strategy in markets that modern investors know is “Buy the f’ing dip!”

Dave Ramsden puts a heavy damper on this cultism, essentially betraying the “new normal” model and leaving markets scrambling to understand what is happening.  He notes:

“Unlike earlier inflationary episodes, where we saw more persistence in inflation caused by ineffective policy and policy frameworks, this time we have a monetary policy framework which empowers us to take action…”

“However difficult the consequences might be for the economy, the MPC must stay the course and set monetary policy to return inflation to achieve the 2% target sustainably in the medium term, consistent with the remit given to us.”

The BOE has a long way to go before getting to an inflation target of 2%, but what Ramsden does not admit to is the fact that rate hike tactics have failed so far to achieve much of anything.  In fact, official inflation seems to be bouncing back after an initial short drop. This means that far more pain in credit markets and stocks will have to be felt before there is a dramatic decline in prices.

Furthermore, jobs markets, though built on a foundation of sand, are still showing resilience to rising credit costs.  Numerous companies are slated to begin layoffs this winter, but the job losses would have to be enormous in order to provide an excuse for central banks to pivot in any way back to QE.