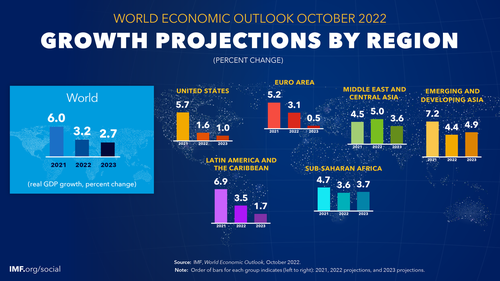 “The worst is yet to come, and for many people 2023 will feel like a recession,” the lender’s chief economist, Pierre-Olivier Gourinchas, wrote in a foreword to the report.

That’s the ominous prelude to The IMF’s latest World Economic Outlook report as the organization forecasts that, excluding the unprecedented slowdown of 2020 because of the coronavirus pandemic, next year’s performance would be the weakest since 2009, in the wake of the global financial crisis.

About one third of the global economy risks contracting next year, it said, with the US, European Union and China all continuing to stall.

The IMF reports that the global economy continues to face steep challenges, shaped by the lingering effects of three powerful forces:

Notably, while The IMF places the blame for the slowdown at the feet of policy-tightening central banks, it also urges them to stay the course and not pivot…

Central banks around the world are now laser-focused on restoring price stability, and the pace of tightening has accelerated sharply. There are risks of both under- and over-tightening.

Under-tightening would entrench further the inflation process, erode the credibility of central banks, and de-anchor inflation expectations. As history repeatedly teaches us, this would only increase the eventual cost of bringing inflation under control.

Over-tightening risks pushing the global economy into an unnecessarily harsh recession. As several prominent voices have argued recently, over-tightening is more likely when central banks act in an uncoordinated fashion. Financial markets may also struggle to cope with an overly rapid pace of tightening. Yet, the costs of these policy mistakes are not symmetric. Misjudging yet again the stubborn persistence of inflation could prove much more detrimental to future macroeconomic stability by gravely undermining the hard-won credibility of central banks.

As economies start slowing down, and financial fragilities emerge, calls for a pivot toward looser monetary conditions will inevitably become louder.

Where necessary, financial policy should ensure that markets remain stable, but central banks around the world need to keep a steady hand with monetary policy firmly focused on taming inflation.

That’s a very different position than The UN, which urged policymakers to stop tightening and save the world.

The IMF believes inflation will peak later this year, with an annual rate of 8.8%, but will remain elevated for longer than previously expected, only slowing to 6.5% next year and 4.1% by 2024. 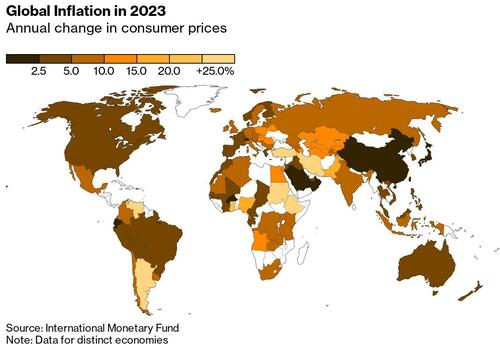 “Now is the time for emerging market policymakers to batten down the hatches,” IMF’s chief economist, Pierre-Olivier Gourinchas wrote. That includes eligible countries requesting access to precautionary support from the IMF.

The world needs progress toward orderly debt restructurings through the Common Framework created by the Group of 20 largest economies for the most affected low-income nations, Gourinchas wrote.

“Time may soon be running out.”

Full Breakdown of IMF forecasts below: 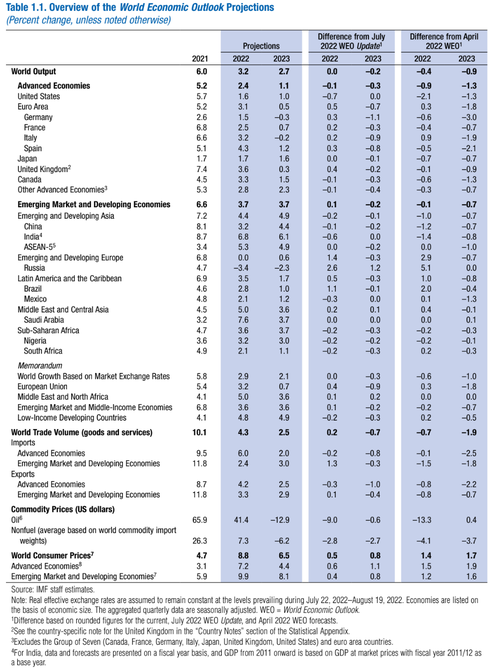