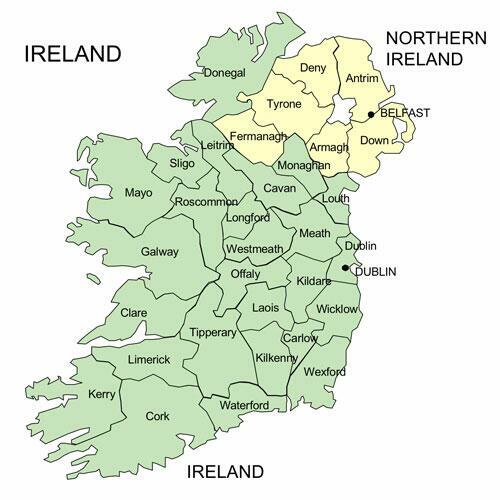 It’s been just over a century since Ireland was divided into two political entities, and an increasing number of people in both Northern Ireland and the Republic of Ireland think it’s time to join together as one nation.

In a recent indicator of the growing momentum, 5,000 people packed a Dublin Arena on Oct. 1 for a symposium called “Preparing for a New And United Ireland.” Organized by the advocacy group “Ireland’s Future,” the live-streamed event aimed to cultivate support for unification and encourage discussion of practical questions about how a single Ireland might be structured.

Today the Emerald Isle is divided into the 26-county Republic of Ireland and six-county, UK-ruled Northern Ireland.

The United Kingdom is compelled by the terms of the Good Friday Agreement to call a referendum in Northern Ireland when it appears that a majority supports unification.

Such a referendum on Irish unity now seems an inevitability — but that’s not to say it’s imminent. An August poll found “only” 41% of those in Northern Ireland support unity. However, that’s 10 percentage points higher than it was a decade ago. In the republic, unification is backed by 61%.

The 1998 Good Friday Agreement largely extinguished “The Troubles” — some 30 years of violence between Catholic nationalists seeking the island’s complete liberation from British rule and Protestant unionists who want Northern Ireland to remain part of the UK.

Today, several factors are nudging public opinion toward unification, including:

Remarkably, Sinn Féin — the political party with roots in the militant Provisional Irish Republican Army (IRA) — became the top party in Northern Ireland in May elections. In the republic, Sinn Féin leads the opposition, and seems destined to take the reins. Party leaders think a referendum should happen within five to 10 years.

The movement toward Northern Ireland’s secession from the United Kingdom comes as Scotland is moving steadily toward a new independence referendum of its own, possibly in October 2023. (Britain’s top court is considering whether a secession vote may occur without the UK government’s approval.)

For those who cheer on the decentralization of power, the two movements are a mixed bag, given each one draws considerable strength from a desire to receive orders from EU headquarters in Brussels.