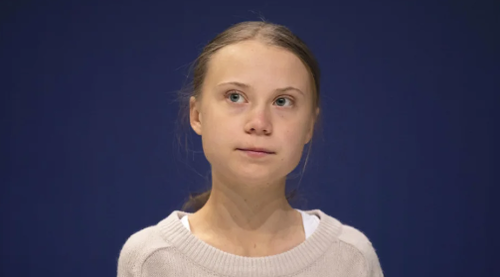 Climate activist Greta Thunberg – who, for some reason apparently has an opinion that matters on the topic – has officially handed down her latest determination on which types of energy are better than others to the eagerly waiting world leaders who take their policy cues from the teenager.

This week Thunberg made the “headline” that nuclear is a better option than coal, something that has been obvious to anyone who has looked energy pragmatically, without fear of not being “woke” or “green” enough.

Thunberg says in a forthcoming interview that it is a “bad idea” to turn off nuclear power stations if it means switching to coal, according to Politico on Tuesday.

“It depends. If they are already running, I think it would be a mistake to shut them down and turn to coal,” she said about nuclear plants.

Nowhere is the nuclear agenda more important than in Germany, a country that had planned to close its 3 remaining nuclear plants at the end of the year before it was launched into a massive energy crisis with skyrocketing prices as a result of the Russia/Ukraine war. They have now decided to extend the life of 2 of the plants.

The additional collateral damage of planning to shut down the nuclear plants has results in Germany also reviving several dormant coal plants, the report says. Nuclear has been such a hot-button issue in the country that “the public discourse over extending the reactors, even for a few months, has been far more controversial than rebooting highly polluting coal plants,” Politico says.

Germany’s Finance Minister Christian Lindner said of Thunberg’s comments: “…in this energy war, everything that creates electricity capacity has to be connected to the grid. The reasons speak for themselves — economically and physically.”

Florian Hahn, an MP with the Bavarian Christian Social Union stated the obvious about Germany’s ignorance when it comes to energy: “If even the patron saint of the Greens advocates for the continued operation of nuclear power plants, you know what ideological amateur work [Greens Economy Minister] Robert Habeck and his party are engaged in.”

Maybe finally with Thunberg’s virtue signaling “woke” blessing, world leaders can access the common sense they have set aside regarding nuclear for years…though we won’t hold our breath.