Just as we suggested yesterday, it appears The Bank of England’s Andrew Bailey has won the game of chicken with the UK government as Bloomberg reports, according to a person familiar with their conversations, UK officials at No. 10 and the Treasury are discussing how they can back down from Prime Minister Liz Truss’s plans for a massive unfunded package of tax cuts.

Officials are reportedly drafting options for Truss on proposed tax cuts, but there is no final decision and they will wait for Chancellor Kwasi Kwarteng to return from the IMF meetings in Washington.

“Has the government finally heeded the calls from markets and the Bank of England? Price action in gilts and the pound suggests markets believe so,” said Simon Harvey, head of FX analysis at Monex Europe.

“If the rumors are to be believed, we are now finally looking at a potentially more fundamental basis for traders to turn bullish on the pound.”

Ironically, just last night, Kwarteng said the Bank of England will be responsible if UK markets suffer renewed volatility after its bond-buying program ends on Friday.

Kwarteng told Sky News that any turmoil after the central bank withdraws support  “is a matter for the governor.”

Finally, we note that Sky’s Sam Coates reports in a tweet that the UK government denies any changes to mini budget.

The Guardian’s Political Editor also throws doubt on the report:

No 10 rules out further changes to the mini-budget despite pressure from Tory MPs saying "the position has not changed" but rumours flying around Westminster about a possible U-turn. Timing very unclear.

For now, the market is buying it with Cable surging… 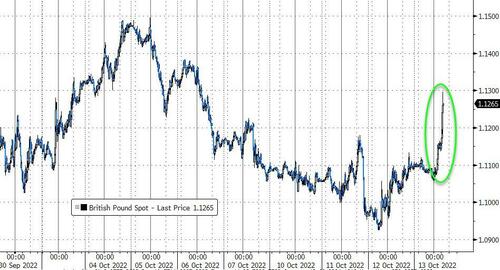 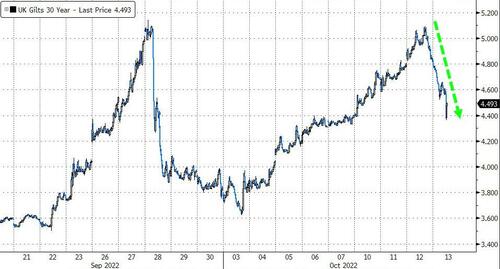 The implications here are that if the Truss government does indeed blink then it gives BoE breathing room to cut off the ‘temporary’ bailout and revert to quantitative tightening. 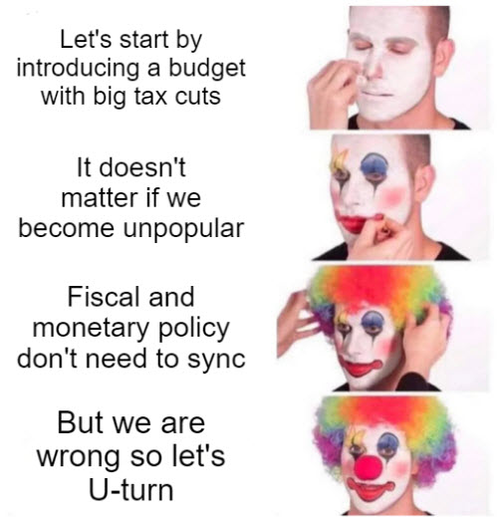