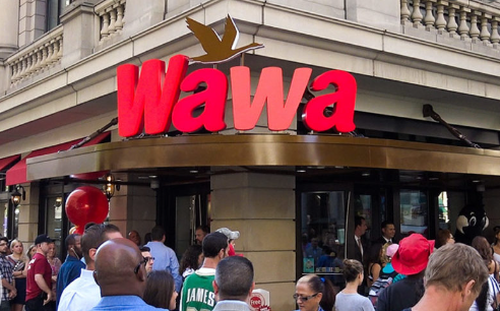 Popular convenience store Wawa is calling it quits on the crime-ridden city of Philadelphia.

The Pennsylvania-based chain, beloved by people in Southeastern Pennsylvania and the surrounding area, doesn’t appear to see the point of staying open in a city where its stores are constantly being looted and ransacked.

It was reported by FOX 29 this week that the chain was shuttering stores at two of its locations in Center City due to “continued safety and security challenges and business factors.”

Which is a nice way to say “absolute chaos”…

“We are very sorry we can’t be there for our friends and neighbors at these two locations, but we continue to serve the community from our other nearby stores and our commitment to the greater region remains strong. Philadelphia is our hometown and that’s something that will never change,” the chain said.

Wawa spokesperson Lori Bruce said: “Despite reducing hours and investing in additional operational measures, continued safety and security challenges and business factors have made it increasingly difficult to remain open in these two locations.”

“These two closures do not necessarily impact or limit potential for future stores in Philadelphia County. We continue to be focused on doing everything we can to monitor and work with local authorities to address challenges impacting operations in any other stores,” she continued.

As FOX 29 notes, at least 4 Wawas have closed in the city since 2020 – and it looks like they may not be finished. Fox reported that “Philadelphia Councilmember Mike Driscoll suggested Wawa is reconsidering its presence in Philadelphia and could halt expansion due to crime.”

Philadelphia’s Mayor’s office offered up a token statement to the Philadelphia Inquirer, thanking Wawa and steering clear of mentioning the obvious burgeoning crime problem that forced them out of the city. The office said: “We greatly value the investments that Wawa has made over the years in Philadelphia and are particularly proud of their close partnership on various civic pride initiatives.”

The news comes a couple weeks after a mob of people entered a Wawa convenience store on Roosevelt Boulevard in Philadelphia and broke out into a riot, seemingly without warning or reason.

“We continue to be focused on doing everything we can to monitor and work with local authorities to address challenges impacting operations in any other stores,” a Wawa statement this week said.